Tibetologist sees development, progress of new Tibet in irresistible trend of the times

BEIJING, March 28 (Xinhua) -- The development of the new Tibet is an irresistible trend of the times, a renowned Tibetologist said in a signed article published Saturday. 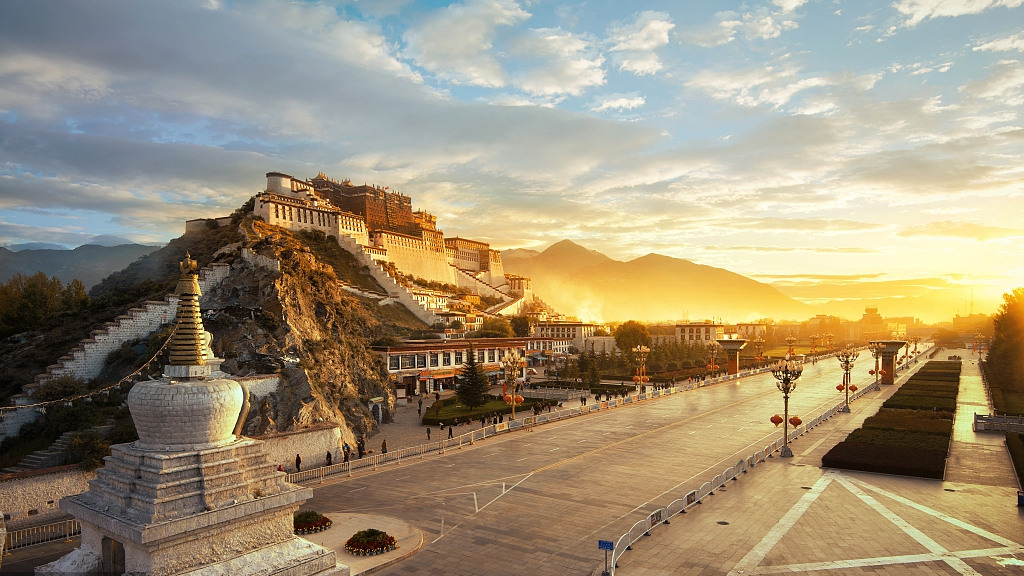 In the article, Zhang Yun, director of the history institute of China Tibetology Research Center, highlighted the facts that Tibet has been a part of China's territory since ancient times and the great achievements made in Tibet Autonomous Region since the founding of the People's Republic of China.

China's central authority started to exercise full jurisdiction over Tibet since 1247 and had introduced various policies to support the region, Zhang said in the article, asking Western politicians and media slandering Tibet's development to respect the facts:

Since the First Opium War in 1840, the imperialist powers attempted to carve up China in their repeated aggressions, bringing crises to China's Tibet and other border regions.

Among them, British troops intruded into Tibet twice in 1888 and between 1903 and 1904, killing local people, plundering wealth and a number of cultural relics, and propping up the so-called "Tibet independence" elements in the region.

In 1951, the Communist Party of China (CPC) united and led the people of all ethnic groups in Tibet to abolish all unequal treaties and expel imperialist forces from Tibet.

In 1959, the reactionary upper class in Tibet launched a full-scale armed rebellion, and the democratic reform in the region had to be launched ahead of schedule.

The centuries-old feudal serfdom under a theocracy came to an end, and about 1 million serfs were liberated and became their own masters, Zhang said in the article, identifying it as the start of a new historical chapter and a significant leap forward in its social system for Tibet.

The renowned Tibetologist also expounded on the earth-shaking changes in various fields since the democratic reform: Tibet's population has grown from 1.23 million in 1959 to 3.44 million in 2018, with Tibetans accounting for over 90 percent of the total; the average life expectancy in Tibet has increased from 35.5 years in the early 1950s to 70.6 years in 2019, and Tibet currently has five transport airports and air links to 51 cities.

In the meantime, great changes have taken place in various fields of science and technology, education, the inheritance of the Tibetan language, health and social security in Tibet, and some areas in the autonomous region have been in the forefront of the country, Zhang said.

Zhang noted that the overall structure of various ecosystems in the Qinghai-Tibet Plateau is stable, and the ecological quality is improving, thus contributing to global climate improvement and environmental protection.

In terms of poverty reduction, the CPC Central Committee has devoted great efforts to Tibet to ensure that the region achieves the grand goal of building a moderately prosperous society in all respects in 2020, he said.

Since the 18th National Congress of the CPC in 2012, the Tibet Autonomous Region has vigorously implemented poverty alleviation measures and has continued to strengthen the internal driving forces for economic development, making every effort to lift all poor rural residents and counties out of poverty under the current standards, he said.

Tibet will definitely, together with the rest of the country, accomplish the goal of building a moderately prosperous society in an all-round way in 2020, which will be an unprecedented achievement and will surely go down in the history of Tibet's development, he said.