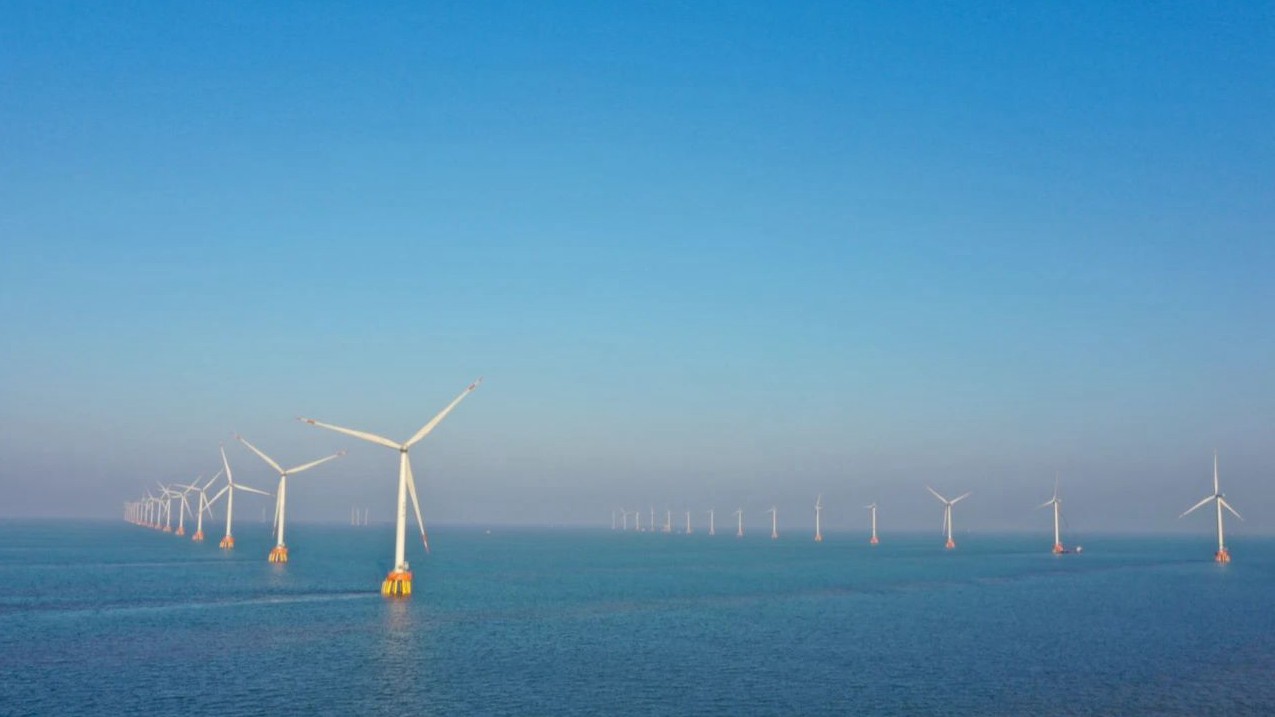 Among China's arduous efforts to honor its commitment to peaking carbon dioxide (CO2) emissions by 2030 and achieving carbon neutrality by 2060, developing offshore wind power, one of the key technologies to meet the goals, is of great significance.

According to a report released by the Global Wind Energy Council on Thursday, China led the world in new offshore wind installations in 2020, for the third year in a row.

The global offshore wind industry installed 6.1 gigawatts (GW) of capacity last year, while China added over 3 GW last year, accounting for half of the global tally, said the council's flagship report titled "Global Offshore Wind Report 2021." The Netherlands with nearly 1.5 GW and Belgium with 706 megawatts (MW) were the next two countries to follow.

Hailing offshore wind with "the biggest growth potential of any renewable energy technology," the report said a total of 35 GW capacity has been installed worldwide currently, saving 62.5 million tonnes of CO2 emissions. 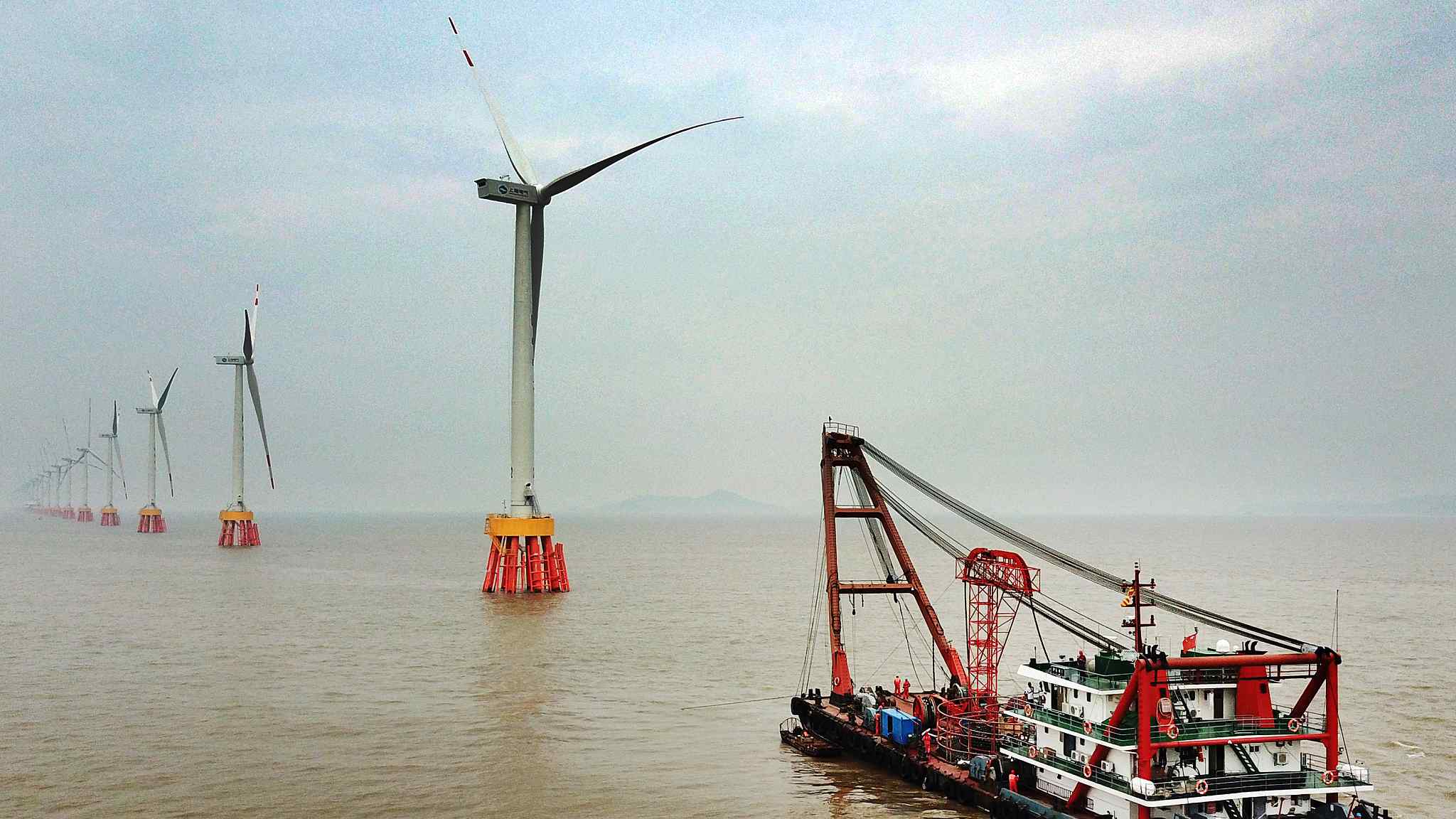 China, with continuous breakthroughs in relevant equipment and technologies as well as decreasing costs, has stepped on a rapid development track for the sector.

The construction of the wind farm, named Guodian Zhoushan Putuo No. 6 Offshore Wind Farm, started in 2017.

After over two years' of construction, all the 63 wind turbines went into operation, with a capability of generating over 7 million kilowatt-hours of electricity per year for nearly 350,000 households, equivalent to the power created by burning 240,000 tonnes of standard coal, cutting about 700,000 tonnes of carbon emissions annually.

Located near the Zhoushan Islands is one called Daishan No. 4 Wind Farm, which was commissioned and connected to the grid in May this year.

It will form the province's largest group of offshore wind farms with another two wind farms namely Shengsi No. 5 and No. 6, bringing the total wind power generation in the area to 1.44 billion kilowatt-hours once fully operational.

Owned by the China General Nuclear Power Corporation, the Daishan No. 4 Wind Farm comprises 54 wind turbines, with a total installed capacity of 234 MW. It is able to supply 618 million kilowatt-hours of electricity to the power grid a year.

"Compared with a coal-powered plant of the same size, the wind farm helps cut 170,000 tonnes of coal and reduce 470,000 tonnes of harmful gas and dust," Zhao Wen, director of the Daishan wind farm, told CGTN in an interview.

The clean energy will be used to support the development of the oil and gas businesses in Zhoushan, which will play a significant role in optimizing local energy structure, saving energy and reducing emissions, said the Zhoushan Municipal Development and Reform Commission.

Zhang Jianhua, director of China's National Energy Administration, said the 14th FYP is the first five-year period and a critical period for the transition to low-carbon energy before hitting peak emissions by 2030.

"By 2030, the share of non-fossil energy in primary energy consumption should reach around 25 percent, and the total installed capacity of wind power and solar energy should reach over 1,200 GW," said Zhang. "These two goals are daunting but we must achieve them."