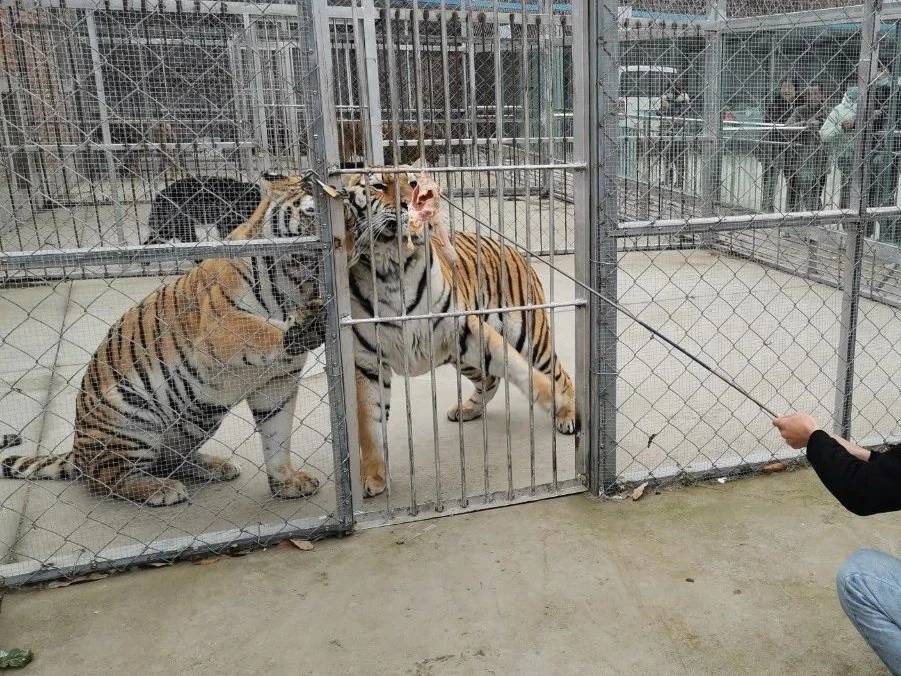 ZHENGZHOU, May 25 (Xinhua) -- Two tigers were shot dead on Tuesday after escaping from their cage and attacking their keeper in a peacock valley in Nanyang City, central China's Henan Province.

The accident happened Tuesday morning when a zookeeper was feeding the tigers in a scenic spot in Shangji Township of Xichuan County. The keeper was rushed to a local hospital, but desperate attempts to reanimate the injured man failed.

Nearby residents were evacuated immediately by the local government, and the two tigers at large were kept within the scope of the valley. Since attempts to trap the tigers proved in vain, the animals were then shot dead at 2:20 p.m. and 3:12 p.m., respectively, for the sake of public safety.

A preliminary investigation suggests that the two tigers belong to a circus in Suzhou City in east China's Anhui Province. They were rented by the peacock valley scenic spot for public shows with sufficiently legal procedures.

Further investigation into the cause of the tragedy is still underway.