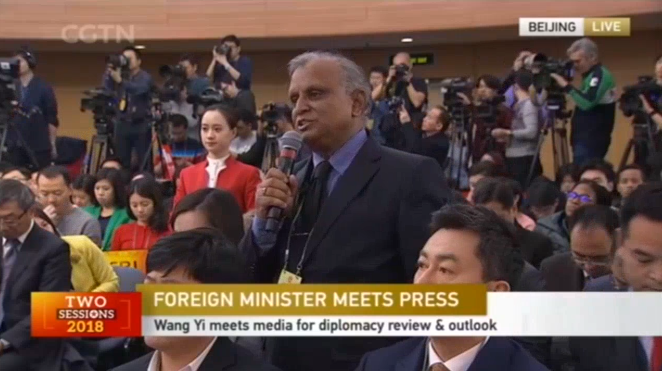 "As China grows, the 'China collapse theory' has collapsed and become a joke, and the 'China threat theory' with its various sensational versions is losing steam," Wang told a press conference on the sidelines of the national legislature's annual session.

Those who are not biased or do not have double standards will see in China not a threat, but plenty of opportunities, he added.

The deep-rooted ideological prejudice and strong mindset of hegemonism has blurred the vision of some Western governments and scholars in understanding China's actual performance and intentions, Li Haidong, a professor at China Foreign Affairs University's Institute of International Relations, told the Global Times on Thursday.

Most of the countries take a positive and objective view of China's actions and interactions in the world, Li said.

He said the fact that more countries are reacting more positively to China's actions and interactions in the world only proves the "China threat theory" is a lie.