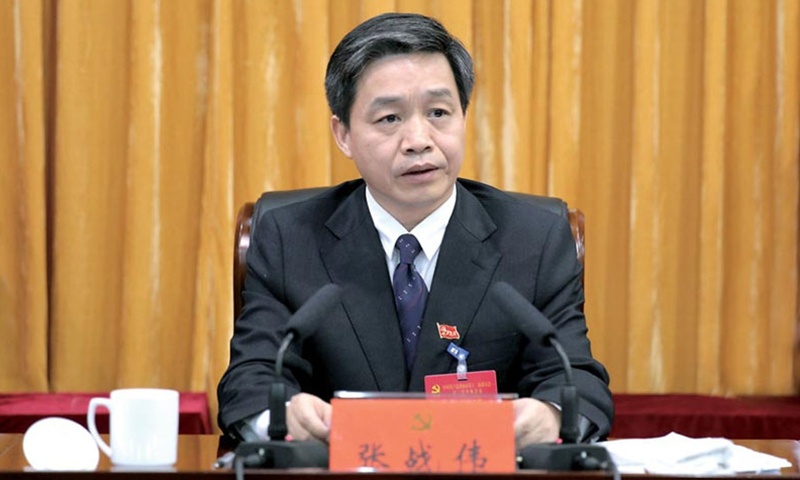 Chinese netizens are glued to a real-life soap opera involving the Party chief of a city in Central China's Henan Province who allegedly slapped the face of the city government's secretary general while they were having breakfast at their office canteen.

It started with a real-name tip-off letter written by the wife of Zhai Weidong, secretary general of the Jiyuan city government, northwestern Henan. The letter, which began to circulate online on Saturday, said Zhai was slapped on the face by Zhang Zhanwei, the city's Party chief while he was having a breakfast at a corner of the office canteen on the morning of November 11.

"What position allows you to eat breakfast here?" Zhang asked Zhai. "Are you a vice mayor? Are you treating yourself as a city leader?" When Zhai tried to answer, he was harshly slapped on the face by Zhang, according to the letter.

Zhai's wife said in the letter that the slap caused him to have a heart attack. She felt very upset and hoped the letter would bring justice to her husband who is a kind person and shouldn't be bullied.

Several local officials confirmed with the Sichuan-based Shangyou News on Monday that the "slap" indeed happened, but not at the office canteen.

A witness said several officials from other cities were eating in the canteen. Zhang thought it was strange Zhai was in the canteen and asked why Zhai was there. Zhai responded, "Why can't I?" The two men then argued and Zhang lost his temper and slapped Zhai.

An article published on the Henan provincial government website shows Zhang went to Zhai's department the next day and said at a meeting, "We must strengthen the Party's awareness, uphold the Party's leadership, strive to be politically mature Party officials."

The 49-year-old Zhai responded to the Shangyou News on Monday that the letter was posted by his wife and he didn't know she had written it and has asked her to delete it.

Public records show Zhang, 57, had worked for a local disciplinary department from 1992 to 2015 and was promoted to be the city's Party chief in August 2016.

Many netizens were shocked to see a city's Party chief would be engaged in such an incident, saying that it is not only a question of one's self-cultivation, but also a question of the quality of a high-level official.

"What makes Zhang cultivate such a concept of hierarchical order and show such a domineering attitude?" they ask.

A staff member from the provincial disciplinary watchdog told the Nandu Daily on Monday that they received the tip-off and will investigate the case.