CHINA To the next march, what to expect from China's development strategies through 2035?

To the next march, what to expect from China's development strategies through 2035?

BEIJING, Nov. 6 (Xinhua) -- China is once again at a critical juncture where the current five-year plan is drawing to a close and a new one is in the making.

As China is about to accomplish the goals and tasks of the 13th Five-Year Plan (2016-2020) and "a victory is in sight" for building a moderately prosperous society in all respects, central authorities are readying for the next march toward modernization with a blueprint for the years through 2035.

The Communist Party of China Central Committee's proposals for formulating the 14th Five-Year Plan (2021-2025) for National Economic and Social Development and the Long-Range Objectives Through the Year 2035, published on Tuesday, depicted the country's future landscape and development strategies -- a more innovative, green and open economy with higher-quality growth. For a long time, lack of innovation has been the "Achilles heel" of China's economy. But with years of relentless investments and policy support, the country is now catching up fast in making its economy both big and smart.

In the past five years, the country's social spending on research and development expanded from 1.42 trillion yuan (214.2 billion U.S. dollars) to 2.21 trillion yuan. On the Global Innovation Index rankings, China climbed 15 positions, rising from 29th in 2015 to 14th in 2020.

Much more needs to be done as the country eyes major breakthroughs in core technologies in key areas and seeks to become a global leader in innovation by 2035.

The development proposals reiterated innovation's "core position" in the country's march toward modernization and to make technological self-sufficiency strategic support for national development.

Technological self-sufficiency is raised to such a position for the first time in history, making it not only the key to accelerating the completion of the domestic supply chain but also an area that will provide an important foundation for development and national security, according to a report by Huatai Securities macro research team.

In order to support technological innovation, more effort must be made in generating industrial strategies, improving the market system and encouraging more enterprises and people to focus on this area, according to the report.

While innovation will make firms and the broader economy more resilient amid massive uncertainties, it will also play a key role in driving greener growth, also a stated goal for China.

Eco-friendly ways of work and life will be advanced to cover all areas of society, carbon emission will steadily decline after reaching a peak and there will be a fundamental improvement in the environment with the goal of building a Beautiful China basically reached, according to the development proposals. 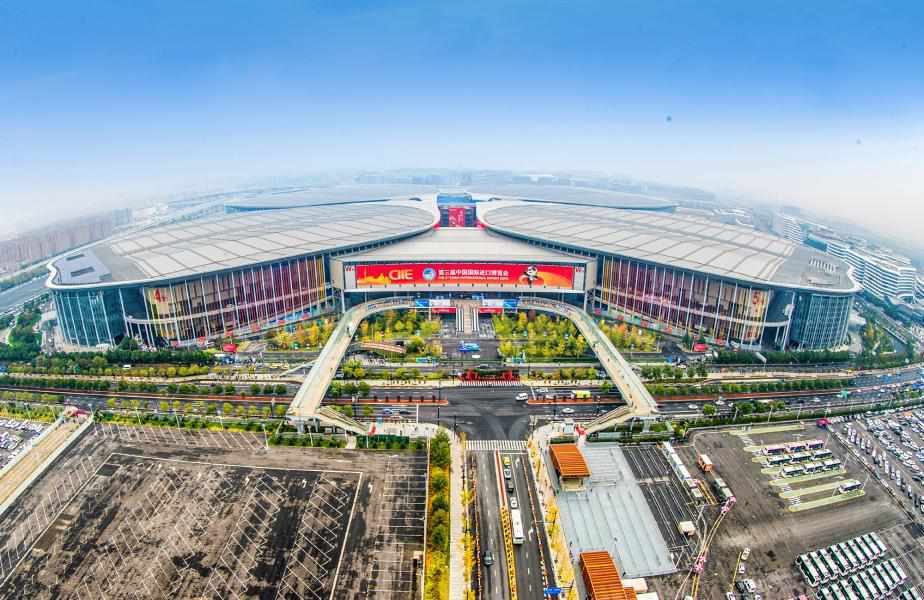 Photo taken on Nov. 3, 2020 shows a view of the National Exhibition and Convention Center (Shanghai), the main venue of the 3rd China International Import Expo (CIIE), in east China's Shanghai.

Opening the domestic market and contributing to the global economy have been China's commitment for a long time. Facing an increasingly complex and uncertain world, China's pace of opening up was not hampered, but accelerated.

The ongoing China International Import Expo (CIIE), which was held in Shanghai as scheduled despite the pandemic, was another demonstration of China's commitment to opening up.

China aims to turn its market into a market for the world, a market shared by all and a market accessible to all. The opening up measures unveiled during the expo, ranging from shortening the catalog of technologies prohibited or restricted from import to strengthening intellectual property protection, will facilitate further international competition and cooperation and benefit the development of both China and other countries in the long run.

Deeper involvement in the international market was also in line with China's new development pattern of "dual circulation," where the domestic and foreign markets can boost each other, with the domestic market as the mainstay.

"Establishing the new development pattern will by no means lower the importance of opening up. Rather, China will see the scale of foreign trade, foreign capital utilization and outbound investment continue to expand," said Han Wenxiu, an official of the Central Committee for Financial and Economic Affairs. 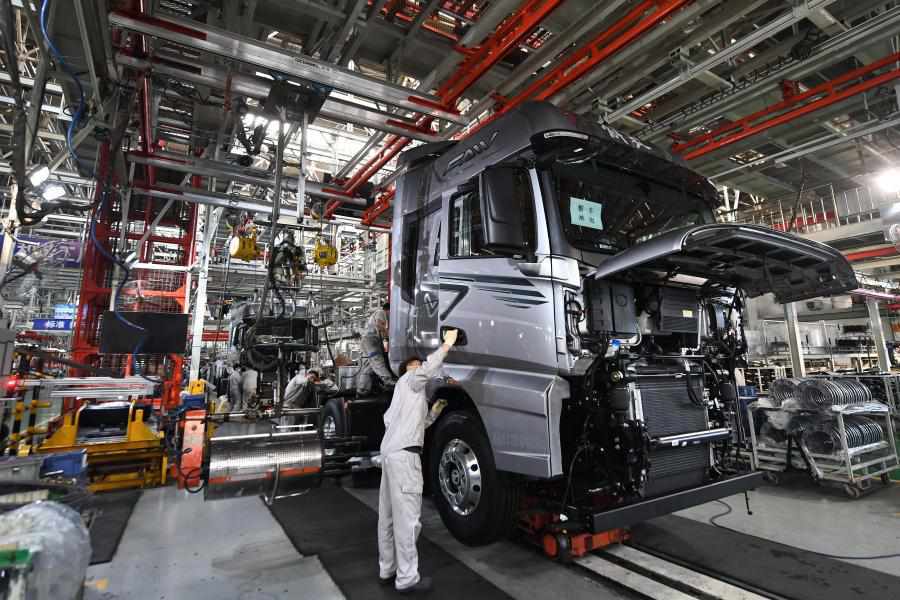 As the cornerstone of the national economy, the real economy will play a more prominent role over the coming years through 2035.

"The COVID-19 pandemic highlighted the brittleness of global supply chains, reminding us that we should keep production of critical supplies domestic and build our manufacturing industry strong," said Zhang Yansheng, chief researcher of the China Center for International Economic Exchanges.

Over recent years, China has been laying emphasis on the development of the real economy, as evidenced in its consistent efforts to boost lending to the sector and curb housing market speculation.

New yuan-denominated loans to the real economy hit 16.69 trillion yuan during the first three quarters, up by 2.79 trillion yuan from a year ago and almost on par with the level registered in the whole year of last year, according to data from the People's Bank of China.

Dubbed as the "World's Factory," the country has all the industrial categories classified by the United Nations. It also ranks first in terms of output in nearly half of the over 500 major industrial products in the world.

Without a strong real economy as a foundation, China can hardly upgrade its innovation capacity nor boost technology self-reliance, Zhang said.

To further invigorate the real economy, the country will advance its industrial foundation to a higher level, promote the modernization of its industrial chain and foster emerging industries of strategic importance, according to the development proposals.

"A strong and stable real economy will make China more resilient to external shocks and help achieve the sustained and healthy economic growth in the future," Zhang said.