Tomb of historical celebrity Cao Cao to be opened to public

The tomb of Cao Cao, a famous warlord and poet who lived in the Eastern Han Dynasty (25-220 AD) and the Three Kingdoms period (220-280 AD), is expected to open to the public soon in Anyang City, Henan Province, as the construction of the surrounding relic park has been partly completed. 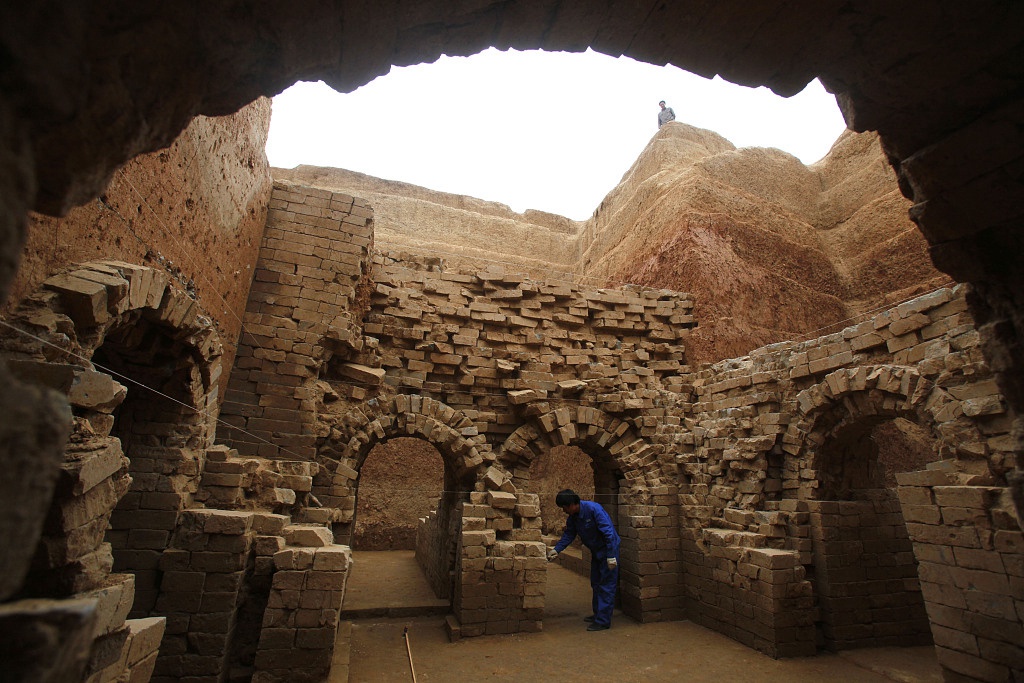 As an iconic figure of his time, Cao Cao is a household name not only in China, but also in other cultures that were deeply influenced by Chinese culture, such as South Korea and Japan.

He was one of the most prominent statesmen, strategists, poets and essayists of his day. Starting as the grand chancellor of the Eastern Han Dynasty, he laid the foundation for the Kingdom of Wei, which later became the Jin Dynasty (266-420 AD), and yet he never ascended to the throne as an emperor.

Cao Cao therefore became a legend himself, with mixed judgement in history. He was the traitor of the Han Dynasty, the founder of a new era and a great ruler of his time. He has been repeatedly depicted in artistic works, including plays, films, TV series, and even games today, and his poems have been included in the textbooks of Chinese school student.

In the historical archives, the Tomb of Cao Cao was in Xigaoxue Village in Anyang, about 12 kilometers away from the then capital of the Kingdom of Wei, Yecheng City. The excavation of two graves was conducted from 2008 to 2009, and after excavation, the archaeologists confirmed that the owner of the tomb was Cao Cao.

It was one of the most important archaeological discoveries that year.

The archaeologists found that the tomb was robbed before the excavation, but still more than 250 pieces of cultural heritages were unearthed.

An exhibition is now underway to display the unearthed relics. It's being held in the museum constructed as part of the relics park for the preservation of Cao Cao's tomb. The park occupies about 33 hectares, with the museum serving as the focal point.

There will also be an exhibition hall for the ruins of the tomb.

Besides the cultural and archaeological functions, the construction of the park is expected to boost the local infrastructure development and economy. To ease access to the park, and boost tourism in the process, the local government has built an expressway leading directly to the complex.