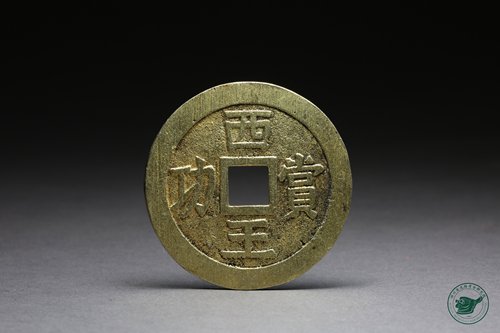 The tomb unearthed in Zhangqiu, Shandong Province (Photo: Courtesy of the State Administration of Cultural Heritage)

The top 10 Chinese archaeological discoveries of 2017 was announced at a press conference in Beijing on Tuesday.Deliberations for this year's list kicked off on Monday as 26 archaeological discoveries chosen by experts and online public voting competed to enter the top 10 list. "These discoveries did not happen accidentally, but are the culmination of decades of hard work," Song Xinchao, the deputy director of the State Administration of Cultural Heritage, said at the opening ceremony for the event on Monday. "I hope this activity can help improve the field of archaeology in China as well as cause the world to take notice."After the opening ceremony, the team leaders of each of the 26 excavations gave 20-minute long presentations to a panel of 21 judges, summarizing their major finds and their significance as well as answering questions from experts.Public attentionChoosing which 10 projects would make it onto the list was no easy task for the judges, who mainly focused on how the projects contributed to the field of archaeology, both in terms of methodology and the significance of the discoveries. "As for the criterion the judges used, we mainly focused on a site's historic value, aesthetic value, as well as its contribution to the development of history, archaeology and science," Wang Wei, head of the Chinese Academy of Social Sciences, said at the conference. For instance, the discovery of silver ingots in Jiangkou, Sichuan Province was included in the list, according to the project's team leader, because of their unique approach to excavating the site, which involved public participation in the dig. "In order to get the public more involved in archaeology in China, we chose eight volunteers among hundreds of applicants to help us with our field work," Huo Wei, a professor at the University of Sichuan and the excavation's team leader said at the conference. According to Wang and the Sichuan archaeological team, they intend to bring in more people from the public to help with different tasks as these people are highly likely to go back and promote archaeology among their peers and the rest of society. "We are taking action to realize the concept of 'public archaeology," which is based on a new fusion between archaeologists and volunteers from a diverse array of fields," Huo said.Public involvement is very important to the field of archaeology in China, according to Wang. "What the public thinks of these finds also matters, which is why we held public voting at first [to help determine the 26 finalists]," Wang explained.Unique featuresChina's Top 10 Archaeological Discoveries list was first established in 1990, and eventually became known as the "Oscars of the field of archaeology" since it not only elected the top 10 discoveries of the previous year in China, but also acted as a platform to promote and discuss the latest techniques and methods used in the field.As for the discoveries that made it into the top 10 this year, Wang noted that they vary quite a bit when it comes to location and time period, ranging from relics dating back to the Old Stone Age to the late Ming Dynasty (1368-1644) and unearthed in places such as the Xinjiang Uyghur Autonomous Region in Northwest China to East China's Jiangxi Province.Wang emphasized that each of the top 10 sites were each unique in their own way. "They are all quite special. We have caves, relics discovered in mountainous areas, on plains and event in the sea. Different ethnic groups are also represented in order to show the huge variety of archaeological achievements we have made," Wang said.When asked about his expectations for what 2018 may bring, Wang emphasized that this year has been marked so far by international cooperation. "China has been involved in global archaeological work since 2005. Since then we have placed great importance on collaborations with foreign archaeological teams," Wang told the Global Times. "However, for now we are still focusing on the archaeological discoveries found inside China when it comes to the list. We are not ready to include foreign archaeological excavations made with Chinese aid on the list just yet."Top archaeological  discoveries of 2017▶Cave relics in Jimunai, Xinjiang Uyghur Autonomous Region▶Historic relics in Zhangqiu, Shandong Province ▶Yangguan Zhai tombs in Gaoling, Shaanxi Province▶Western Zhou Dynasty site in Pengyang, Ningxia Hui Autonomous Region▶Zhenghan Ancient City in Xinzheng, Henan Province ▶Yueyang Ancient City in Xi'an, Shaanxi Province▶Eastern Han Dynasty (25-220 BC) royal tomb in Luoyang, Henan Province▶Dashangqing Palace at Longhu Mountain, Jiangxi Province▶Jin Dynasty Temple in Baoma, Jilin Province ▶Sunken Silver Ingots in Jiangkou, Sichuan Province