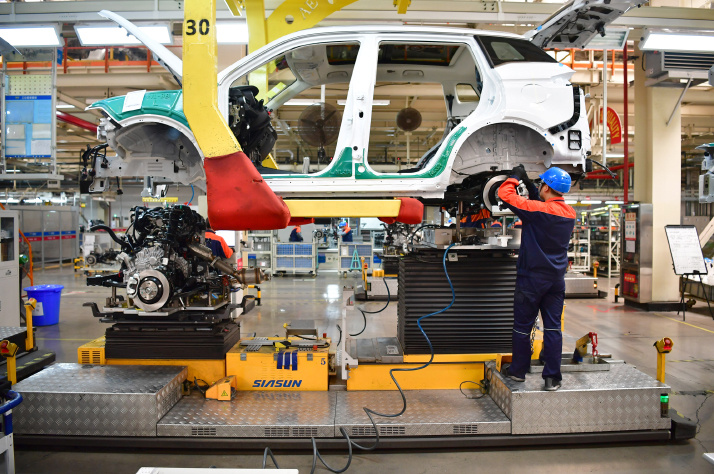 An engineer works at an automobile plant of Geely, which ranks 10th on the list of the top 500 Chinese private companies, in Baoji, Shaanxi Province in northwest China, on April 15. (Photo: Xinhua)

The top 500 private enterprises in China have all registered growth in 2019, with the city of Hangzhou in Zhejiang Province, east China, maintaining its reputation as home to the largest number – 39 – for 18 consecutive years. However, despite the growth in revenue, they face several challenges, with the novel coronavirus disease (COVID-19) this year being a new hurdle.

These are among the key facts that emerged from the Top 500 Private Enterprises Summit 2020 held in Beijing on September 10, where the All-China Federation of Industry and Commerce released their annual list of the top 500 private firms and a survey report on them.

Last year, 94.6 percent of these companies took the initiative in pursuing business transformation toward high-quality development, the report said.

Nineteen of these companies are also among the global top 500. 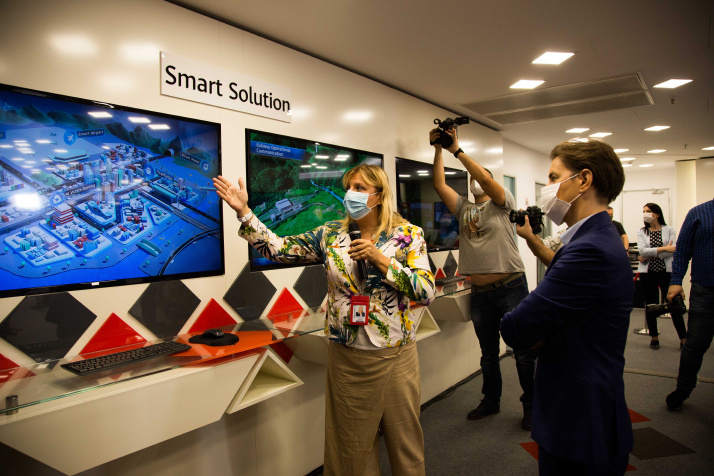 The toppers have upped their investment in research and development (R&D). For 321 of the companies, R&D staff accounted for over 3 percent of their total staff while in 186 companies the proportion went beyond 10 percent.

Besides, 59 had the proportion of R&D input to their total sales revenue surpass 3 percent, and five crossed this index to over 10 percent; 402 had developed their key technologies independently. The number of valid patents held by the top 500 grew by 8.46 percent, the report said.

Considering the complicated and volatile international environment, the ace 500 have become more prudent in going global, with many slowing down their global investment programs.

Among the top 500 private enterprises, 243 had overseas investment, which was 0.83 percent higher than in 2018. They invested in 1,858 overseas projects, employed 569,900 foreign staff and generated $673.6 billion from their overseas projects.

"Taxes, financing costs and raw material costs are still the major cost burdens and these enterprises are facing more challenges in making a profit," Huang said.

According to the report, in 2019, 274 companies experienced financing difficulties, including higher costs. In 2017, the number was 254. The proportion of direct financing was still low. Only 45.4 percent got financing through the capital market and 21.8 percent through strategic investors.

Xu Lejiang, another vice chair of the federation, said compared with world-leading businesses, Chinese private enterprises still have a significant gap in innovation ability, resource utilization efficiency and information technology application. They also lag in internal governance structure as well as quality and brand efficiency. "They are large, but not strong enough," Xu said.

Another challenge was trade frictions. According to the report, 30.4 percent of the top 500 said they were increasingly influenced by the trade frictions between China and the United States. For instance, the growing tariffs slapped by the Trump administration increased their costs of exports to the U.S. and led to a decline in exports.

Besides, the uncertainties in the U.S. business environment were increasing. In addition, the number of private enterprises resorting to litigation or arbitration to cope with frictions was also increasing.

The COVID-19 outbreak has added to the difficulties, especially for micro, small and medium ones. Mounting risks are also spreading through the industrial chains.

The survey showed that 96 percent of the top 500 private enterprises from 50 industries said the epidemic affected their production and operations. Among them, 64.2 percent said their business costs were increasing, 60.8 percent had orders but were unable to maintain normal production, and 54.8 percent said their orders were decreasing.

Profit expectations, export business, and the supply and capital chains of the top 500 had also been affected by the coronavirus, the report said.

However, despite the difficulties, the top 500 have played an active role in the implementation of national strategies, especially the coordinated development of regions. Huang said they have also been involved in poverty alleviation, pollution control and revitalization of rural areas.