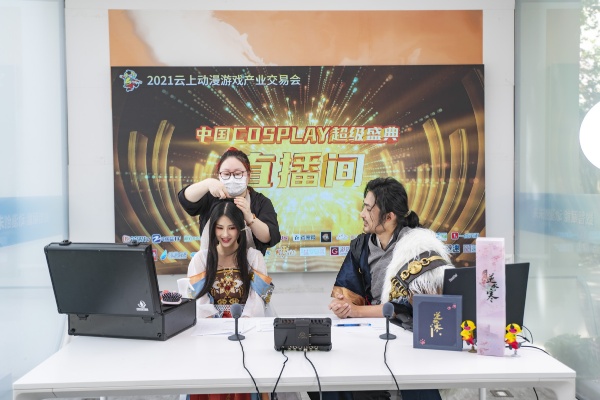 As a warm-up of the 17th China International Cartoon & Animation Festival, the eight-day 2021 Cloud ACG Industry Trade Fair concluded in Hangzhou, capital of Zhejiang province, on May 5, drawing 5,981 insiders and traders from 46 countries and regions.

Deemed as a key platform to boost international exchanges when the world is still battling COVID-19 spread, the fair announced over 80 projects, with their total finance reaching nearly 2 billion yuan ($309.6 million).

Deals about games and animated works from 103 Chinese and foreign companies and organizations were signed during the event, reaching a total value of 100 million yuan, more than twice of the 40 million yuan contracted last year.

Aside from the online activities, which drew 20 international festivals and renowned studios, the internet giant NetEase' The Fifth Personality COAIV Global Finals, a highlight of the event, was held in the Hangzhou Olympic Sports Center. 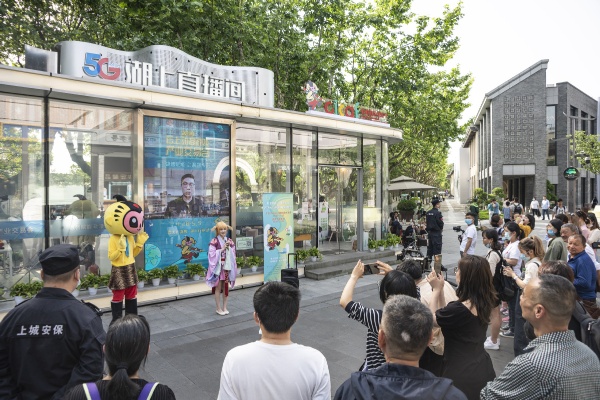 The 2021 Cloud ACG Industry Trade Fair was held in Hangzhou, capital of Zhejiang province from April 28 to May 5. [Photo provided to China Daily]

Attracting more than 10,000 viewers at the center as well as over 10 million fans watching the contests online, 16 teams shortlisted from 500,000 contestants from 217 countries and regions competed for the champion between May 1 and 4.

In order to mark the 100th anniversary of the founding of Communist Party of China, the fair has launched a campaign to collect cartoon and animated works about the country's revolutionary history. Highlighted comic books include The Story of the Red Boat and A Dream about Clean Water and Lush Mountains in the Xiajiang Village.

Catering to young people's rising preference of traditional culture and history, the event also launched an online campaign to encourage tourists to wear traditional-style costumes to places of interests during the May Day holiday, which drew 14.1 million views on the short-video platforms Douyin and Kuaishou.

The trade fair -- with most of its events held online -- was created last year as an alternative plan to support the 17th China International Cartoon & Animation Festival, which was once schedule to open during May Day holiday but moved later to the National Day holiday in October in 2020 due to the pandemic.

This year's CICAF is set to be held between late September and early October. As one of its top highlights, the China COSPLAY Super Contest -- part of the festival -- has also launched the selection to all the 16 subsidiary competition fields in China, with a special award for the first time set for players and performances featuring ancient Chinese cultures.