Top court reveals cases in which minors were hurt by criminals 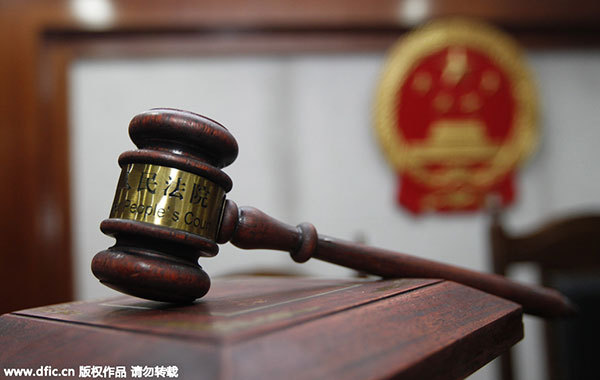 The Supreme People's Court unveiled seven severe cases involving harm to minors in a bid to show its determination to protect children and uphold justice.

"People who harm juveniles with cruel intent must be heavily punished, and the death penalty must be given without hesitation to those who should be sentenced to death in accordance with the law," the Supreme People's Court said in a statement, calling for courts nationwide "not to be tolerant of them".

As it highlighted the fight against crimes in which juveniles were harmed, and ordered courts at all levels to make the protection of children a priority, the top court on Monday also revealed seven influential cases, three of which dealt with rape.

Although the children in those three cases were not killed or seriously injured, "defendants were still sentenced to death because of their cruel behavior, including raping several young girls or raping a victim multiple times," it said.

For example, a defendant surnamed Wang was given a death sentence after he used the internet to lure 14 girls and forced them to have sex with him 23 times. Of the victims, 11 were under the age of 14, according to the top court.

"We disclosed such cases to the public because we want to warn potential offenders not to harm children. Otherwise, they will be severely punished," it added.

While strengthening criminal punishments, courts across the country have also paid attention to safeguarding children's rights by efficiently dealing with related cases in recent years in a move to provide them with more judicial support.

From 2013 to 2019, a total of 29,787 criminals were penalized for harming juveniles' rights, including those who engaged in abduction, molestation and organizing children to beg. In the same period, courts across the country heard 713,671 civil cases related to custody, visitations and rearing of juveniles, up 34.2 percent year-on-year, according to statistics from the top court.

"People from all walks of life should attach importance to protecting children's physical and mental health. Courts are no exception," it added. "Improving judicial policies, strictly enforcing laws and harshly punishing offenders is our responsibility, and we'll continue watching over children's growth by rule of law."

Zhao Li, a criminal lawyer from Beijing, said harsher penalties will play a bigger role in threatening those who attempt to harm children, but he added that it isn't enough.

"As we strengthen efforts to protect juveniles, we should also teach them how to protect themselves, giving them more security training and education," he said.

It is also essential to give people some occupational restrictions, such as refusing to allow them to be teachers or work in schools if they have harmed children in the past, he suggested.

"Today's China still needs heavy penalties to fight violent crimes or crack down on extremely serious cases, but they should not contradict our nation's move to limit the use of capital punishment. I believe the trend of applying the death sentence prudently will not be changed," he added.