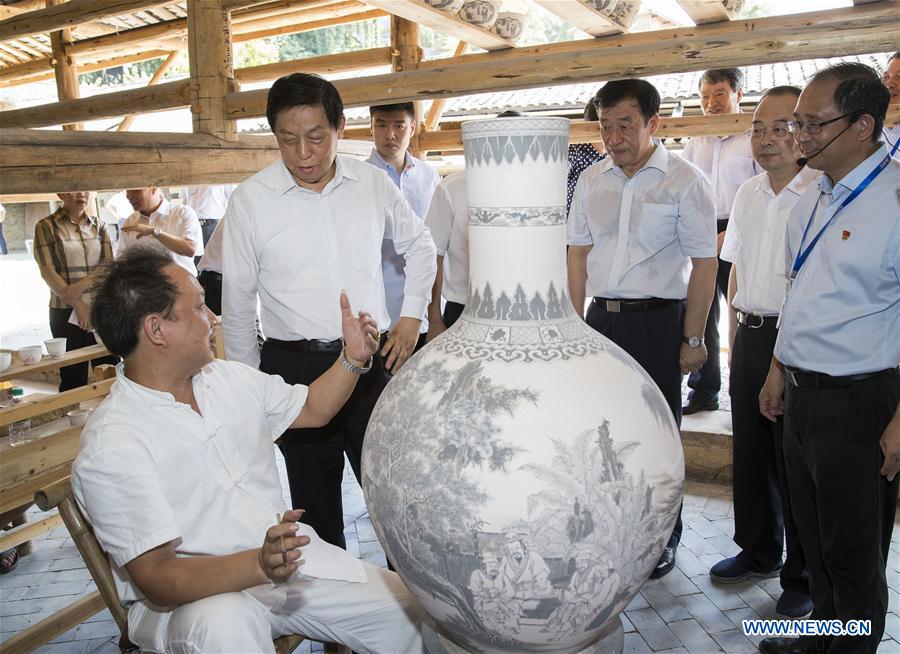 NANCHANG, July 23 (Xinhua) -- China's top legislator Li Zhanshu stressed the importance of planning, arranging and advancing the work of people's congresses in accordance with the overall work of the Communist Party of China (CPC) and the country during an inspection tour in east China's Jiangxi Province from July 19 to 23.

Li called for dedication to forestall and defuse major risks, carry out targeted poverty alleviation, and prevent and control pollution, as well as secure a decisive victory in finishing the building of a moderately prosperous society in all respects.

During the inspection, Li visited and held symposiums with officials from local people's congresses, discussing how to best serve the overall work of the Party and the country.

Li asked them to uphold Party leadership in all aspects and step up the work of people's congresses, making sure the Party's decisions and plans are implemented.

Li communicated with locals and officials to better understand the development of the local economy and society and the work of people's congresses during his visit.

While visiting Ruijin, where the Long March began, Li shared the education and inspiration he learned from the heroic stories of the Chinese Communists and said the spirit of martyrs must be inherited and the revolutionary tradition must be promoted.