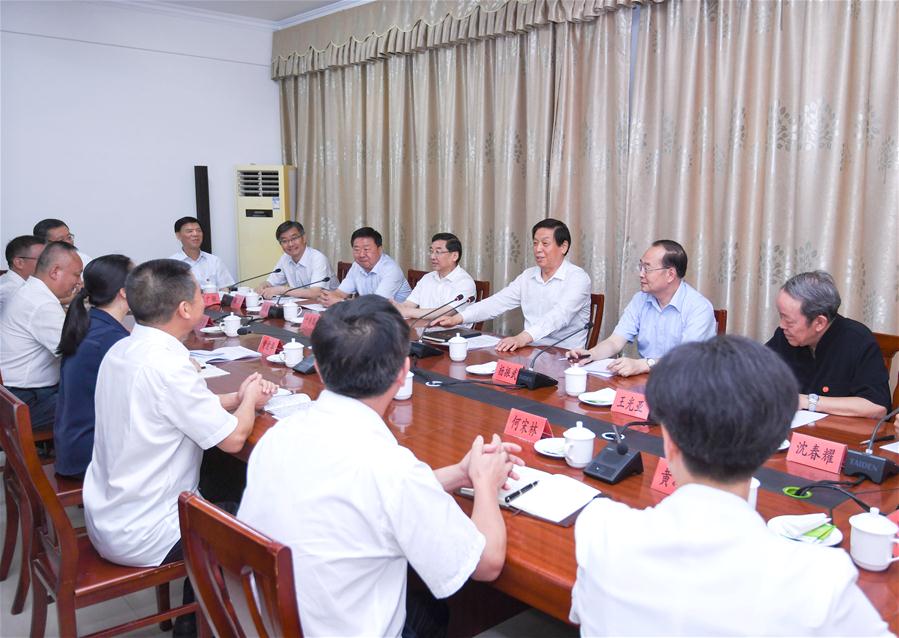 Li, chairman of the National People's Congress (NPC) Standing Committee and a member of the Standing Committee of the Political Bureau of the Communist Party of China (CPC) Central Committee, made the remarks when addressing a symposium on local legislation in eastern Chinese city of Hangzhou.

Li stressed the centralized and unified leadership of the CPC Central Committee over the legislation work, noting it is a significant political principle and fundamental guarantee.

During the 40 years of reform and opening up, a large number of local laws and regulations have been enacted, promoting the transformation of local governance mode and improvement of capacity for governance, and safeguarding the economic and social development, Li said.

"Local legislation has played an important and unique role in reform and opening up, as well as modernization," he said.

Li urged the NPC and its standing committee to strengthen local legislative work in key areas such as ecology and environment, core socialist values, and people's livelihood, so as to see that people have a greater sense of fulfillment, happiness, and security via rule of law.