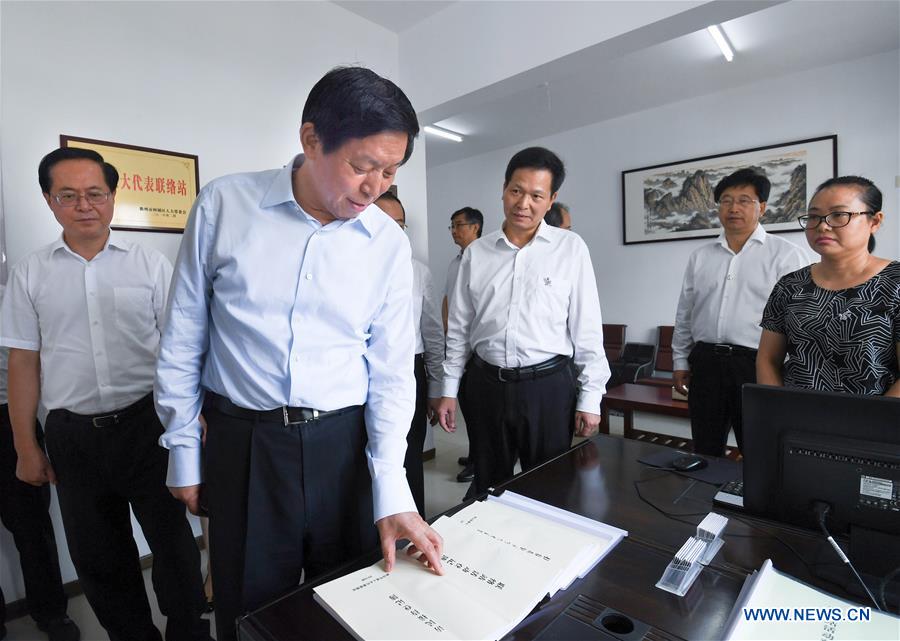 HANGZHOU, Sept. 17 (Xinhua) -- China's top legislator Li Zhanshu has stressed the need to take Xi Jinping Thought on Socialism with Chinese Characteristics for a New Era as a guide to strengthen the work of local legislatures.

Li, chairman of the National People's Congress (NPC) Standing Committee, made the remarks during a two-day inspection tour in east China's Zhejiang Province that ended Sunday.

During the tour, Li visited a local legislators' liaison station and presided over a symposium attended by grassroots legislators.

He also visited staff at the provincial legislature's office and held a forum with them.

Quoting discourses by Xi Jinping, general secretary of the Communist Party of China (CPC) Central Committee, on local legislation work, Li called on national and local legislatures at all levels to carefully study and understand the requirements and earnestly implement them in practice.

Such requirements include upholding the CPC leadership over the legislatures' work, adhering to a people-oriented approach in legislation, ensuring the leading role of people's congresses in lawmaking, upholding the unity of China's legal system, making sure that legislation meets the needs of reform and development and improving the quality of legislation, according to Li.

He also visited an administrative service center and some townships in the province during the tour.