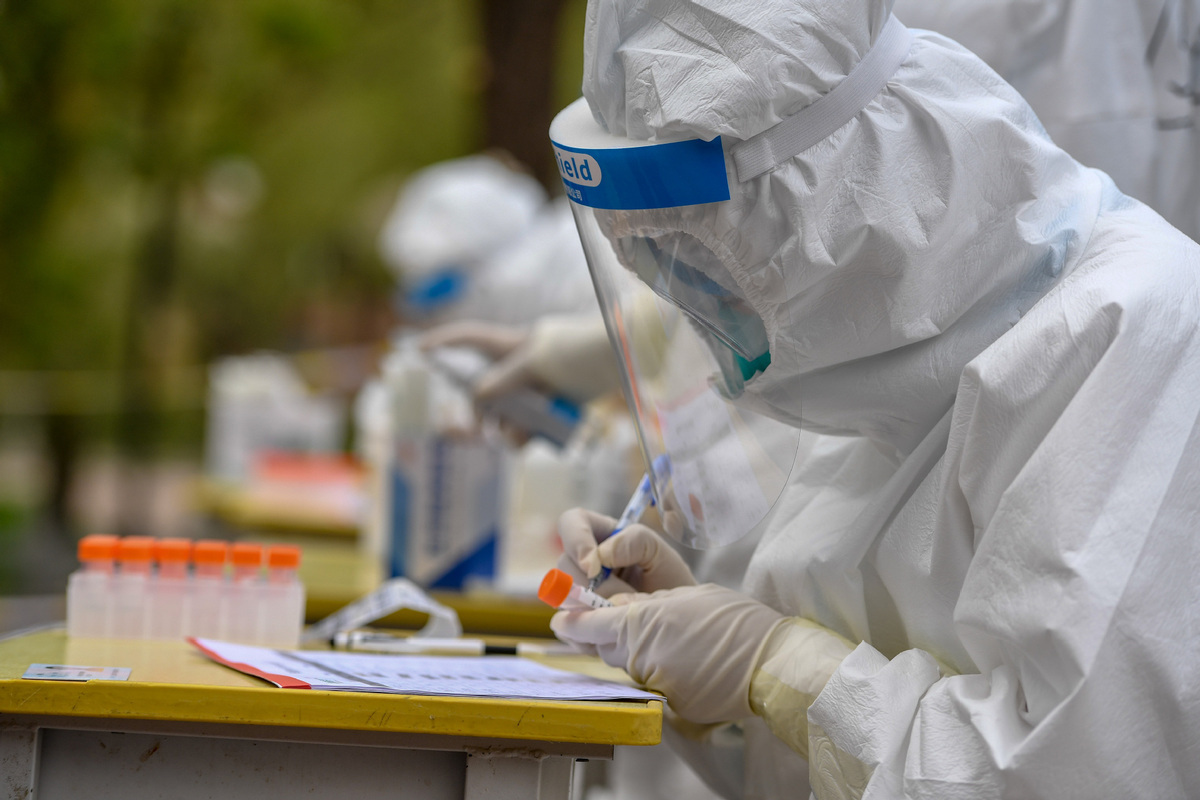 Nucleic acid test samples are labelled by a health worker in Shulan, Jilin province, on May 15, 2020. (Photo: Xinhua)

Local governments will be responsible for the control and prevention of epidemics occurring within their jurisdiction, according to a draft law under deliberation by China's top legislative body.

The latest draft of the biosecurity law also says individuals should cooperate with authorities in the handling of biosafety risks and emergency cases. The latest draft of the law, which is expected to be passed soon, is under review at the 22nd session of the Standing Committee of the 13th National People's Congress in Beijing.

Governments of provinces, autonomous regions and municipalities will establish special coordination mechanisms to supervise biosecurity-related matters within their jurisdictions, it says.

Grassroots-level organizations, such as residents' committees in urban areas, should assist local governments and related authorities in the prevention and control of biosecurity risks, the handling of emergencies and publicity and education campaigns.

To prevent risks, it says China will establish a central government biosecurity inspection system for related issues and activities that could affect national security.