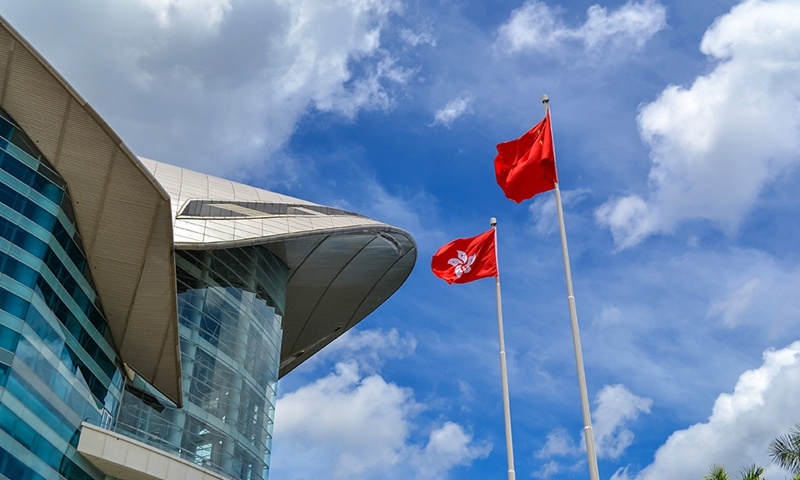 China's top legislature's decision on the qualification of members of the Legislative Council (LegCo) of the HKSAR has drawn a bottom line and set rules for Hong Kong officials' constitutional responsibility to pledge allegiance to the country and the HKSAR, said the central government body, noting that patriots governing Hong Kong is a political rule that much be guarded.

The office said that this decision sets a bottom line and rules on ensuring that Hong Kong politicians fulfill their constitutional responsibility of pledging allegiance to the country and to Hong Kong.

It also provides the HKSAR legal support to carry out local legislative work under Article 104 of the Basic Law.

The Article 104 of the Basic Law stipulates that when assuming office, the public officers including the chief executive, principle officials, members of the Executive Council and of the LegCo, judges of the courts at all levels and other members of the judiciary in the HKSAR must, in accordance with law, swear to uphold the Basic Law of the HKSAR and China. They should also swear allegiance to the HKSAR and China.

The four are also among 12 candidates who were disqualified for failing to meet the requirements of the LegCo elections, which should have been held in September, but were postponed for a year due to the COVID-19 outbreak, said the office, noting that as they have already been disqualified as lawmakers based on the top legislature's decision, they are no longer allowed to perform their duties at the sixth LegCo.

Echoing the liaison office's remarks, the Hong Kong and Macao Affairs Office of the State Council said that the NPC Standing Committee's decision has provided a solid legal basis for regulating and dealing with matters concerning the qualification of LegCo members, and its decision has unchallengeable legal authority.

The NPC Standing Committee's decision helps ensure the smooth operation of the sixth LegCo, and creates positive conditions to boost the HKSAR's economy, people's lives, and solve underlying problems in Hong Kong, according to the Hong Kong and Macao Affairs Office.

The decision is in line with "one country, two systems," and has profound meaning in safeguarding national sovereignty, security and development; as well as Hong Kong's social stability and development, said the Hong Kong and Macao Affairs Office.