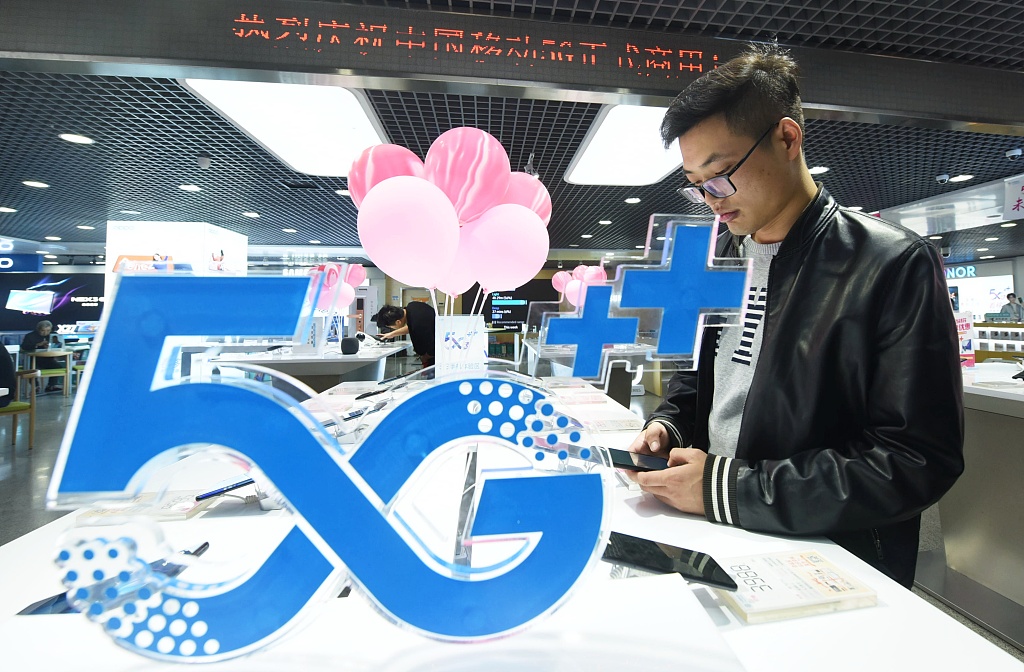 China Mobile, China Unicom and China Telecom, in simultaneous moves, unveiled their monthly 5G plans with prices ranging from 128 yuan (about 18 US dollars) to 599 yuan. Subscribers will be able to enjoy connections way faster than 4G and less expensive data per gigabyte.

The 5G commercial services are now available in 50 cities, including Beijing, Shanghai, Guangzhou and Shenzhen.

Shanghai had activated 11,859 5G base stations by mid-October, which will support the 5G network coverage across the city's key outdoor areas, said the municipal administration of communications Thursday.

The expectation for the new communication technology has long been high. The three major mobile operators already registered over 10 million wannabe 5G users before the official commercialization launch.

The country is expected to have over 600 million 5G subscribers by 2025, accounting for nearly 40 percent of the global total, according to Sihan Bo Chen, head of GSMA Greater China.

Major handset makers are jumping on the broadband wagon. Eighteen 5G smartphone varieties were rolled out in the first three quarters of this year, and some 787,000 5G handsets were shipped, according to a research institute with the Ministry of Industry and Information Technology (MIIT).

For Jie Xin, a blogger, the superfast speed of 5G means more certainties in the making of video blogs and online streaming.

"Still, the differences between 4G and 5G are not that remarkable on many apps," Jie said. "I'm waiting for the arrival of a 'killer app' for 5G."

The sheer pleasure of speed may be just the tip of the iceberg of 5G's game-changing effects. When China officially approved 5G commercial services on June 6, analysts saw it as the start of a smart new era as the application of the superfast wireless technology helps connect more things, services and market players.

"Innovation in applications will be the focus of 5G's next-stage development," said Hu Houkun, deputy chairman of Huawei's board of directors.

For mobile operators and related enterprises in both the upstream and downstream of the industry, enriching application scenarios will be indispensable in providing better network experience and forming a virtuous cycle for 5G businesses, Hu said.

Wang Zhiqin, deputy director of the China Academy of Information and Communications Technology under the MIIT, said 5G technology will provide key infrastructure for the development of China's digital economy, and the combination of 5G with artificial intelligence, big data and other technologies will revolutionize the form of the digital economy.