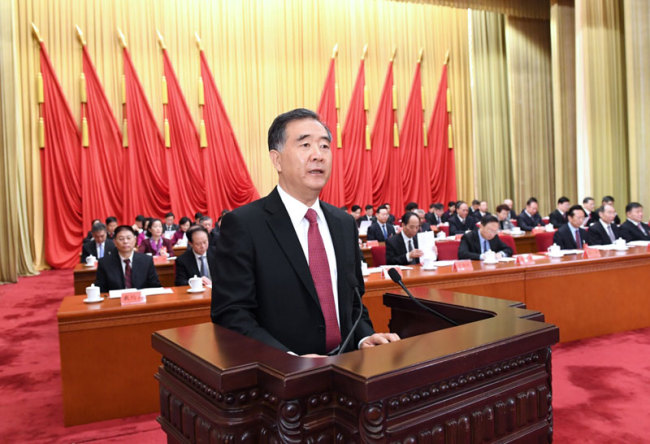 At the meeting, Wang, a Standing Committee member of the Political Bureau of the Communist Party of China Central Committee and chairman of the National Committee of the Chinese People's Political Consultative Conference, said no forces could block the pursuit of national reunification, and the 1992 Consensus, which embodies the one-China principle, will be firmly upheld.

Wang vowed to resolutely oppose and deter separatist activities for "Taiwan independence," promote the peaceful development of cross-Strait relations, and advance the process toward the peaceful reunification of China.

The mainland stands ready to expand cross-Strait economic and cultural exchanges, share the development opportunities on the mainland with Taiwanese people first, and facilitate closer relations, deepened exchanges and shared interest among people on both sides, he noted.

Wang hoped that Want Want China Times Group would continue to play a positive role in promoting the peaceful development of cross-Strait relations.