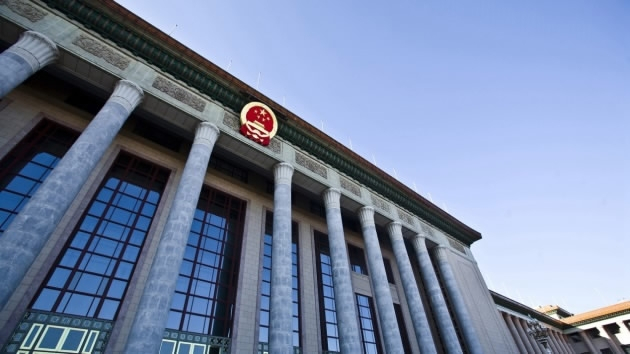 BEIJING, Nov. 7 (Xinhua) -- The Chinese People's Political Consultative Conference (CPPCC) National Committee on Thursday made public a decision on honoring the 100 most influential proposals made over the past 70 years since the founding of the CPPCC.

The proposals were selected by the 13th CPPCC National Committee based on recommendations from non-communist parties and the All-China Federation of Industry and Commerce, mass organizations, special committees of the CPPCC and local political advisory bodies.

The selection is to fully show the unique role and significant influence CPPCC proposals have played over the past 70 years, according to the decision.

Over the years, CPPCC proposals have become a major form of promoting socialist democracy, as well as an important approach to help make the decisions of the Communist Party of China and state organs more democratic and sound, the decision read.

It called for efforts to see the selection and honoring as an opportunity to promote the quality-oriented principle in the work on proposals, solicit more good suggestions to optimize decisions based on the demands of the Party and the government, the expectations of the people and the capability of people's political consultative conferences and further build consensus to advance the implementation of decisions.

The work on proposals should also focus on reaching the country's two centenary goals, establish consultative platforms between Party committees, governments and other authorities, and political advisors and personages from all walks of life, and gather wisdom and power for the modernization of China's system and capacity for governance, according to the decision.