China imports more chips than it does crude oil and gas, a top scientist said on Thursday, calling for measures to develop domestically-made chips and maintain data security.

If artificial intelligence relies heavily on imported chips, this will pose a severe threat to security, Deng was quoted by the China Youth Daily as saying.

The biggest threat posed by foreign-made chips is that they can easily control the interiors of computing and information systems, Qin An, a cybersecurity expert at the China Institute for Innovation and Development Strategy, told the Global Times on Thursday.

Heavily relying on imports would put China's digital industries in a passive situation, but Qin added that international cooperation is essential to improving the industry.

Deng called for China to support the chip industry through capital and securities markets. "Security monitoring and chips are important industries related to China's national  security and information safety. Owning independent intellectual property would mean a lot," he added. 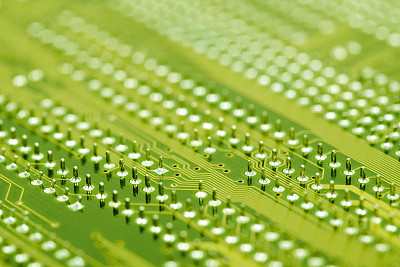 Compared to other countries, China's chip industry is still lagging, Deng said, adding that Chinese enterprises need to catch up with and overtake international giants in the field by seeking innovative methods.