Top talent from across China chooses Shenzhen to launch careers 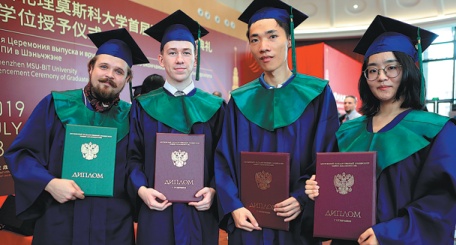 A Hong Kong resident surnamed Liu, who is a senior student at the University of Birmingham, is doing an internship at Laipic. The animation and video software provider is located on the 36th floor of Shimao Qianhai Center in the southern city of Shenzhen, Guangdong province. The Hong Kong region can be seen from the building.

Shimao Qianhai Center is located in the Qianhai Shenzhen-Hong Kong Modern Service Industry Cooperation Zone, which is a commercial development in the city, also known as Qianhai New District.

"I plan to work in Shenzhen after graduation. So I have come to Laipic to do an internship first," Liu was quoted as saying by People's Daily.

"Shenzhen has many emerging industries and plenty of opportunities," he said. "It's a nice place to live and the people around me are all very friendly. The company has a flat organizational structure and offers tons of room for growth. There are also transport subsidies and housing subsidies for interns." 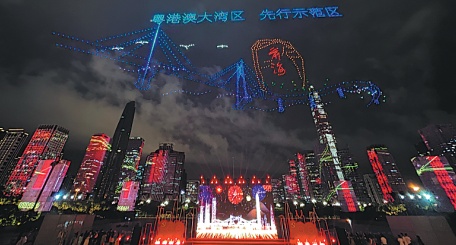 Thousands of drones make up various images during a light show in Shenzhen on June 25, as part of the city's centenary celebrations for the founding of the Communist Party of China. CHINA DAILY

Thirty-three of the company's 120-strong Shenzhen team are Hong Kong residents, according to its website.

"Many young Hong Kong people working in the design industry are very willing to pursue a career in Shenzhen," Wei Bo, founder and CEO of Laipic, told People's Daily.

"We are looking to recruit more than 100 young people from Hong Kong and Macao through the Qianhai recruitment program this year, and we have received more than 800 resumes in the past three and a half months," Wei said.

The Qianhai recruitment program was launched by the district authority to attract talent from China's Hong Kong and Macao, as well as foreign countries. 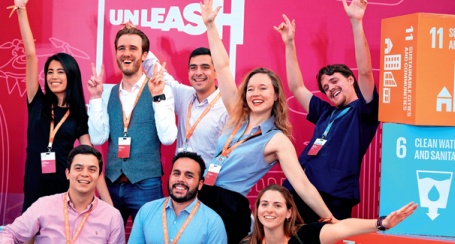 Another Hong Kong resident surnamed Cheung has also chosen to work in Shenzhen. "The slow pace of life here fascinates me. I can go for a walk along the seashore after work and enjoy delicious food in the ancient town on weekends," she told People's Daily. Cheung works as a public servant in Shenzhen's Dapeng New District.

It's hard to imagine that only about four decades ago, Shenzhen was "a vast expanse of desolate land", recalled Duan Yabing. He was a member of the Infrastructure Construction Division of the People's Liberation Army sent to Shenzhen to support its construction in 1979.

"But based on the central government's policies (for Shenzhen at that time), I believed this place would go somewhere," Duan was quoted as saying by China National Radio. 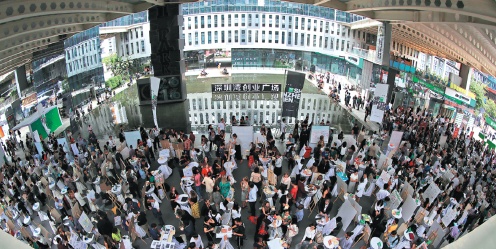 As one of the pioneers of China's reform and opening-up, Shenzhen, in Guangdong province, has grown into an international metropolis, attracting professionals from around the world to exchange ideas and realize dreams. CHINA DAILY

Shenzhen's development in later years proved Duan right. The city's GDP increased from 270 million yuan ($41.7 million) in 1980 to nearly 2.77 trillion yuan in 2020, which was next only to Shanghai and Beijing.

Despite the COVID-19 outbreak last year, Shenzhen delivered a 3.1 percent increase in GDP over the previous year.

In February 2019, the Chinese government released a development blueprint for the Guangdong-Hong Kong-Macao Greater Bay Area. Shenzhen was listed as one of the four central cities to drive the development of the Bay Area.

In 2020, the Chinese government issued a plan to implement pilot reforms in Shenzhen to build the city into a demonstration area of socialism with Chinese characteristics over the next five years.

The per capita disposable income of Shenzhen residents has grown at an average annual rate of 7.8 percent over the last five years, reaching 64,900 yuan in 2020.

While achieving economic growth, Shenzhen's energy consumption per unit of GDP is also one of the lowest among large and medium-sized cities in China, Nanfang Daily reported.

"Shenzhen is working to gather more high-end resources, enterprises and talent to accelerate its progression to a higher position along the global value chain and become a powerful engine driving the growth of the Bay Area," said Wang Weizhong, Party secretary of the city.