HANGZHOU, Sept. 11 (Xinhua) -- Welcoming the one-year countdown to the opening of the 19th Asian Games on Friday, Organizers of Hangzhou 2022 released the torch image for the game.

The torch was named "Eternal Flame" and its design was inspired by the Liangzhu Culture, which was a testament to the 5000-year-old Chinese civilization. 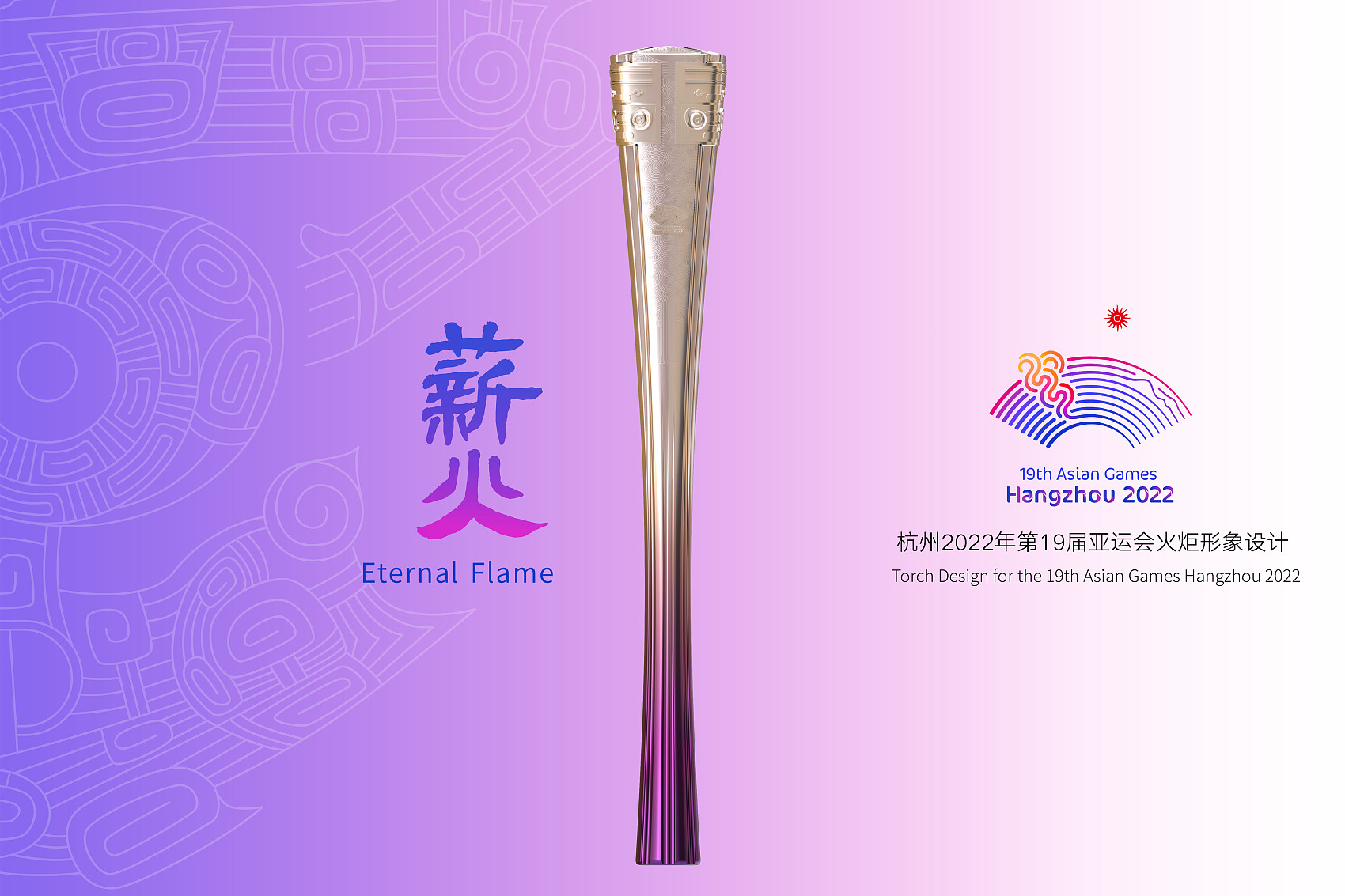 The torch was shaped in a way that "grows" from bottom to top, with an overall height of 730 millimeters and a net weight of 1,200 grams.

The base of the torch was embossed with eight water veins symbolizing the evolution of civilization and representing the eight major river systems in Zhejiang. The torch body was designed based on the evolution from dermatoglyphic fingerprint patterns specific to the Liangzhu Culture, which were naturally intertwined and exquisite. The torch head was characterized by the meaning of Jade Cong, one of the ritual jades, showing a harmonious square-round integration, and the burner nozzle was designed from the earliest oracle bone inscription of Jade Cong with the implied meaning of "light traveling in cycle inside". The profile curve was like firewood in hand in the big picture, a combination of motion and quietness that gave people infinite reveries of the past, the present and the future.

"Eternal Flame" means that the Chinese civilization was passed on from generation to generation. The torch was characterized by Jade Cong and threaded upon with Chinese heritage, natural sceneries and local customs. The design was intended to shine a more brilliant light on this sacred land of Chinese civilization. 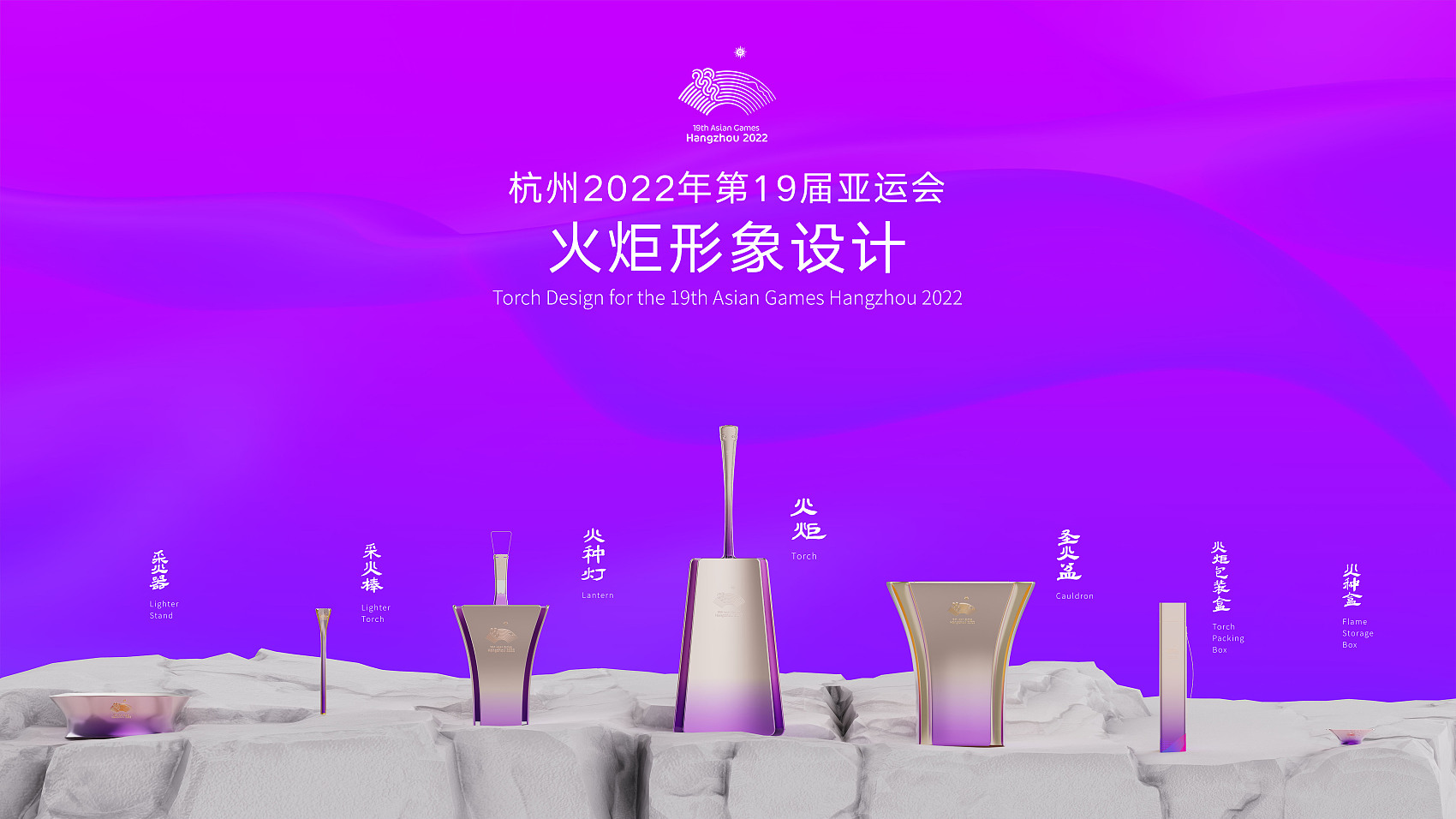 The raw materials of the torch were digitally mapped to the blockchain, and the traceability mechanism was used to ensure authenticity.

The grip of the torch was made of recycled raw materials, which was eco-friendly, light and easy to hold, and the fuel was heated with biomass gas, which was safe, clean and reliable.