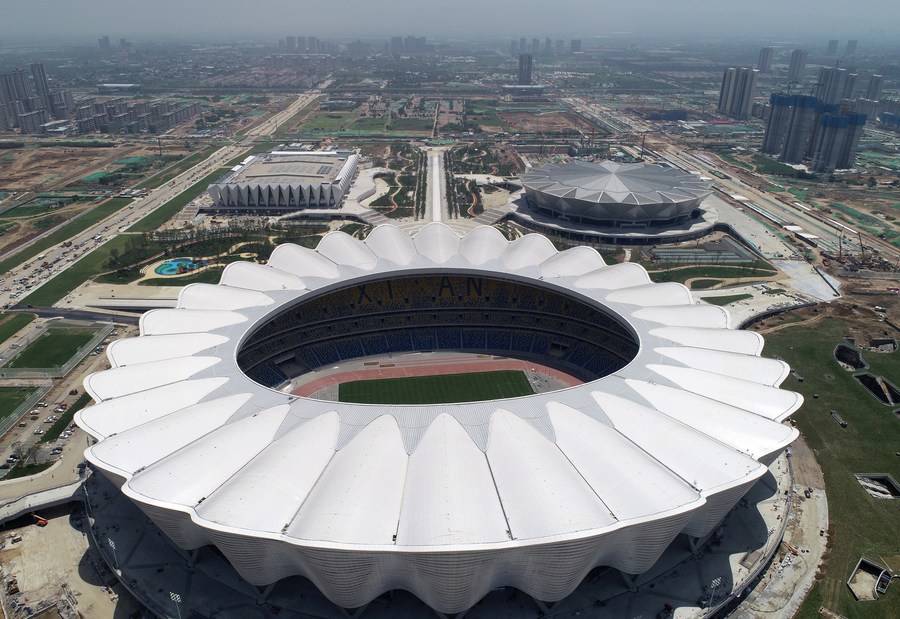 At a ceremony held at Yongning Gate (South Gate) Square in the ancient city wall of Xi'an, Shaanxi Province, the flame in the container lit the basin and the first torchbearer, Olympic Champion Qin Kai, carried the torch "Flag" to start the relay.

The sacred flame was ignited on July 17 in Yan'an, a former revolutionary base of the Communist Party of China (CPC).

With the collaboration of 100 torchbearers, the 5.3-kilometer relay passed some of the city's signature buildings like the ancient Bell Tower, Anyuan Gate and Xi'an Railway Station and finished at Danfeng Gate in Daming Palace National Heritage Park.

"It is such a great honor to attend the relay, and I dedicate the glory to all the people in Xi'an, hoping everyone could participate in the daily fitness drive," said torchbearer Liu Nan, a former modern pentathlon athlete and the current head coach of Xi'an swimming team.

Three persons with disabilities also took part in the torch relay. One of them, Yao Wei, said he quite cherished the chance to pass the torch.

"I believe the holding of the event will encourage more disabled individuals to socialize with others," he said.

The 14th National Games will run from September 15 to 27. The northwest Chinese province will also stage the 8th National Special Olympics between October 22 and 29.

The flame will arrive at the main venue on September 12 and light the main cauldron at the opening ceremony of the 14th National Games three days later.