CHINA Total population on Chinese mainland increases to 1.4118 billion in 2020

Total population on Chinese mainland increases to 1.4118 billion in 2020

Total population on Chinese mainland increases to 1.4118 billion in 2020, according to the data released by the National Bureau of Statistics on Tuesdsay. 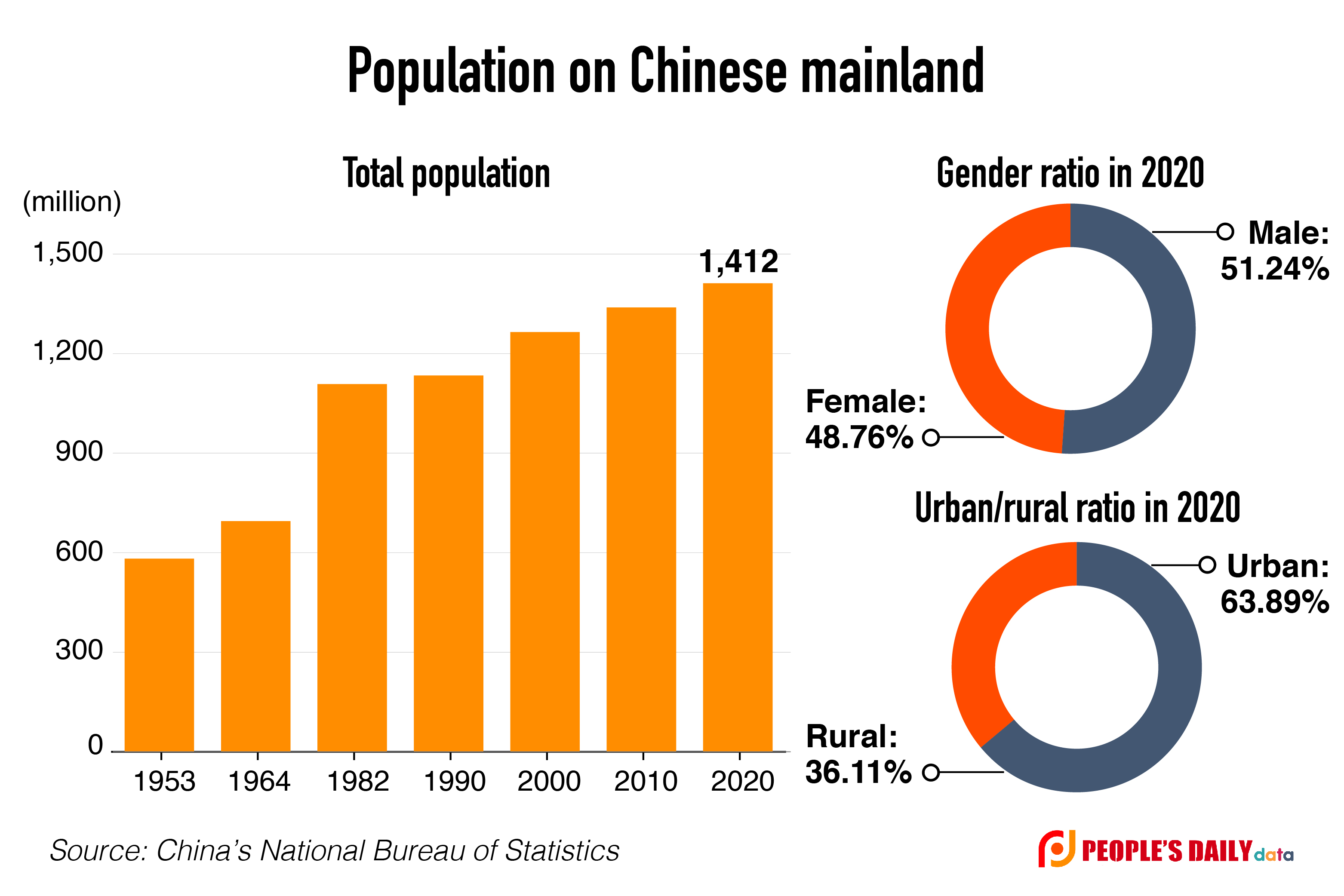 China's population living in urban areas on the mainland totaled 901.99 million, representing 63.89 percent of the total, the National Bureau of Statistics said, citing data from the seventh national population census.

The proportion of urban population was 14.21 percentage points higher than the figure for 2010 when the previous census was conducted, according to the bureau.

China's population will stay above 1.4 billion "for a certain period in future," said Ning Jizhe, head of the National Bureau of Statistics.