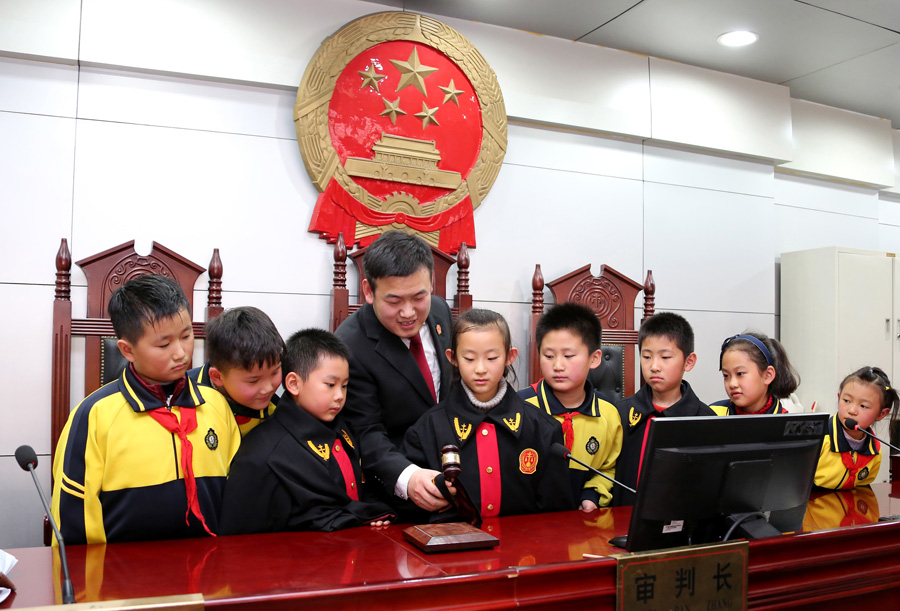 Juvenile offenders should be given stricter rehabilitation or even punished instead of being exempted from criminal responsibility because they are under age 14, according to lawmakers.

They were commenting during a heated discussion on a draft revision to the Law on the Prevention of Juvenile Delinquency during the weekend. They found the draft made it difficult to clarify measures to help educate, correct or even punish offenders younger than 14.

The legislators decided to further amend the law in view of some cases that shocked the public.

In the most recent, police in Dalian, Liaoning province, said a 13-year-old boy, surnamed Cai, had confessed to killing a 10-year-old girl.

In December, police in Yuanjiang, Hunan province, detained a student in the sixth grade, identified only as Wu, 12, on suspicion of killing his 34-year-old mother with a knife.

However, neither boy has faced criminal charges, as they are younger than 14, meaning they are below the age of criminal responsibility.

The boy in Dalian has been sent to a rehabilitation center, while the student in Yuanjiang has been placed under the joint guardianship of his family, public security authorities and an educational institution.

Zhou Min, a member of the Standing Committee of the National People's Congress, the country's top legislature, said, "The revision to the law must urgently provide solutions to alleviate such violent cases.

"Although the age of criminal responsibility should be changed by amending the Criminal Law, instead of by revising it, as we're discussing, I think that lowering the age should be considered," Zhou said.

She has given considerable thought to this issue, as some children have stated publicly they would kill others, knowing that they would escape prison terms as they are younger than 14.

Fu Yuhang, a NPC deputy from Sichuan province, agreed. She said such threats of intended violence had made many people, including herself, panic. "So, I suggest the legislature lower the age of criminal responsibility to 12."

Chen Xingliang, a law professor at Peking University, said earlier this year that lowering the age of criminal responsibility blindly may lead to younger offenders being given penalties "not suited to their psychological health".

Li Meijin, a professor specializing in criminal psychology at the Chinese People's Public Security University, said solving the problem should not be based on lowering the age, adding that a better way would be to clarify the judicial system and toughen corrective measures for minors through related laws.

Xian Tieke, another member of the NPC Standing Committee, said the most important thing is to add a chapter to the draft revision on how to educate and correct offenders under 14.

Lyu Wei, also a NPC Standing Committee member, called for those revising the law on the prevention of juvenile delinquency to strengthen the responsibilities of families or guardians, urging them to help problematic children abide by the law.

On Oct 21, the draft revision was submitted to the bimonthly session of the NPC Standing Committee for the first review. Under the Legislation Law, a draft must be deliberated three times by the top legislative body before it can be adopted.