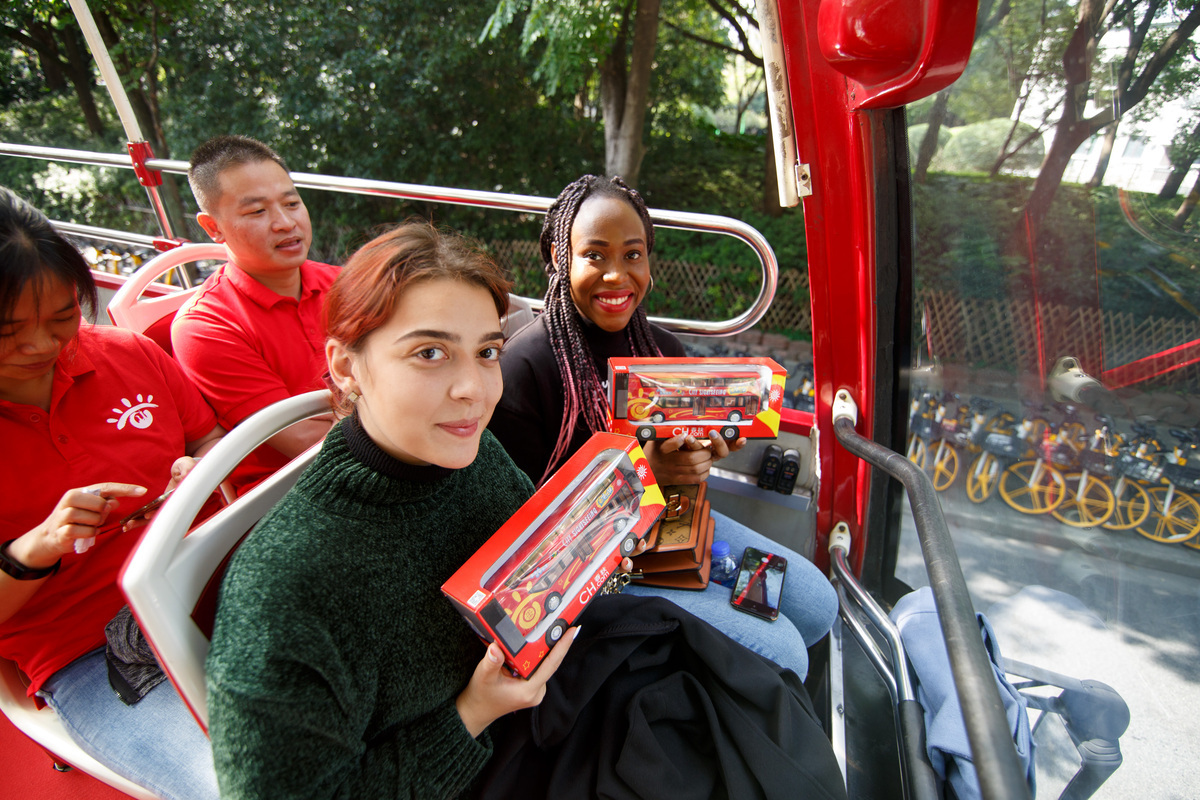 The Shanghai City Sightseeing buses have served nearly 17 million tourists as of Oct 25, which marked its 10th anniversary, according to the operator Shanghai Spring International Travel Service Co, Ltd.

The company said that, over the past 10 years, the number of sightseeing buses has increased from 10 to 23, while the number of traveling routes has risen from two to four.

The buses have traveled a combined 10 million kilometers during these 10 years.

The Shanghai City Sightseeing buses celebrate its 10th anniversary on Oct 25 in Shanghai.

The company said that it has received nearly 700,000 tourists between Mar 1 – when it resumed operations following a hiatus because of the pandemic – and the end of September.

During the National Day holiday, the buses served 85,000 tourists, an increase of 35 percent compared with the same period last year.

Due to its success, other major cities in the country including Guangdong's provincial capital Guangzhou, Nanjing of Jiangsu province and Xiamen, Fujian province, have launched similar services.