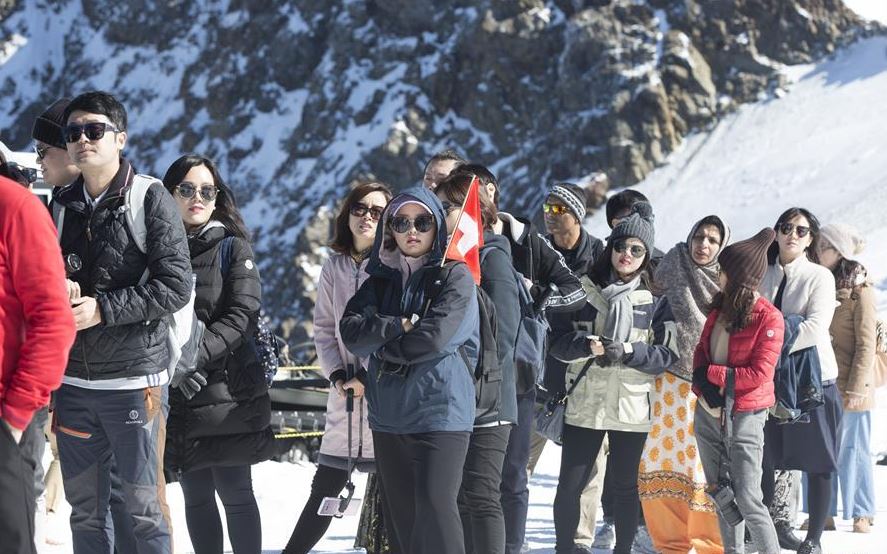 BEIJING, Jan. 28 (Xinhua) -- China's Ministry of Culture and Tourism has called on Chinese tourists to behave properly when traveling abroad during the upcoming Spring Festival holiday.

In a post on its website, the ministry urges Chinese tourists to abide by the local laws and regulations of their destinations, respect local traditions and religions and avoid inappropriate behavior such as littering, smoking or talking loudly in public areas.

"When abroad, every tourist represents their home country," said the ministry in the post.

Nearly 7 million Chinese people are expected to travel to about 90 countries and regions during the 2019 Spring Festival public holiday from Feb. 4 to 10, according to a data analysis by multiple institutions.

Tourists should pay close attention to alerts released by tourism and foreign affair authorities and avoid traveling to countries and regions suffering from terrorist attacks, political turmoil, natural disasters or disease outbreaks, the ministry said in the post.

The Spring Festival holiday is regarded as "golden week" in China, which saw about 6 million outbound tourists during the 2018 public holiday.