A 56-year-old tourist has been detained for violating park rules and severely disturbing public order after he got out of his car and ran toward a group of white tigers at the Beijing Wildlife Park on Saturday. 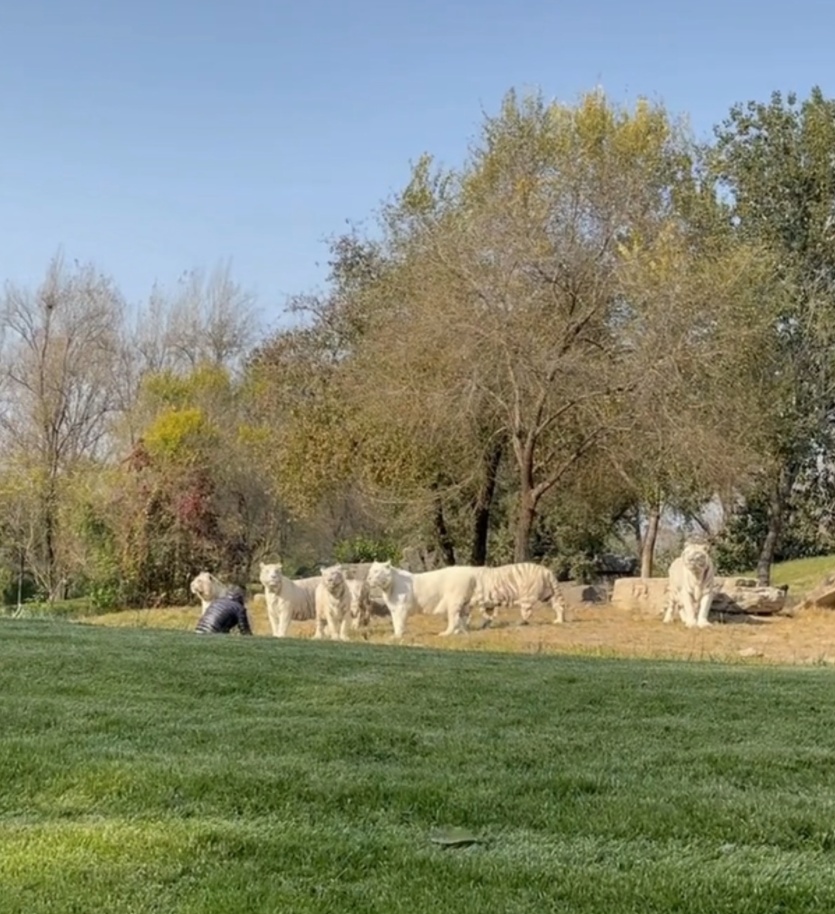 A tourist provokes tigers from a dangerously close position at Beijing Wildlife Park.

According to a statement released by the park, the tourist jumped out of his car in a drive-your-own-car immersive tour area and ran towards a group of 11 white tigers. He kept provoking the animals with his language and body movements, and didn’t respond to the commands of park staff throughout the rescue operation.

Fortunately, the carnivores did not take any aggressive actions and a hidden barrier in the area effectively isolated humans from animals and avoided direct contact. The tourist was contained and sent to hospital for evaluation.

Police said on Sunday that the trespasser has been detained and an investigation is still underway.

Located in Daxing district, the park covers an area of 240 hectares and is home to more than 200 animals species with a total of 10,000 wild animals.