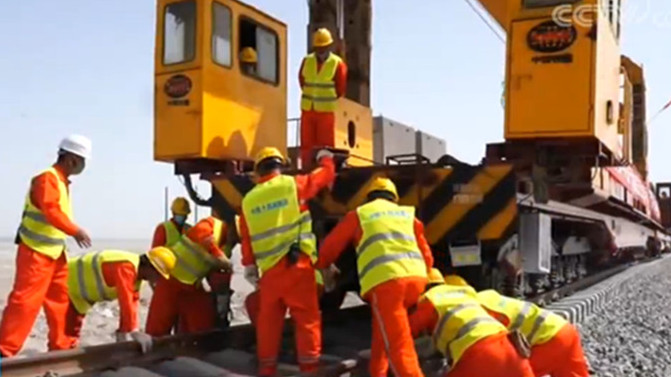 The Hotan-Ruoqiang Railway spans more than 825 km, with a designed speed of 120 km per hour. It is located within Hotan Prefecture and the Mongolian Autonomous Prefecture of Bayingolin. It will form part of the third major transportation line connecting the east and west of Xinjiang after completion.

The track-laying work is being conducted on the southern edge of the Taklamakan Desert, where windy and sandy weather, as well as big temperature differences between day and night, pose challenges.

Authorities said they plan to finish the track-laying work by the end of this year.