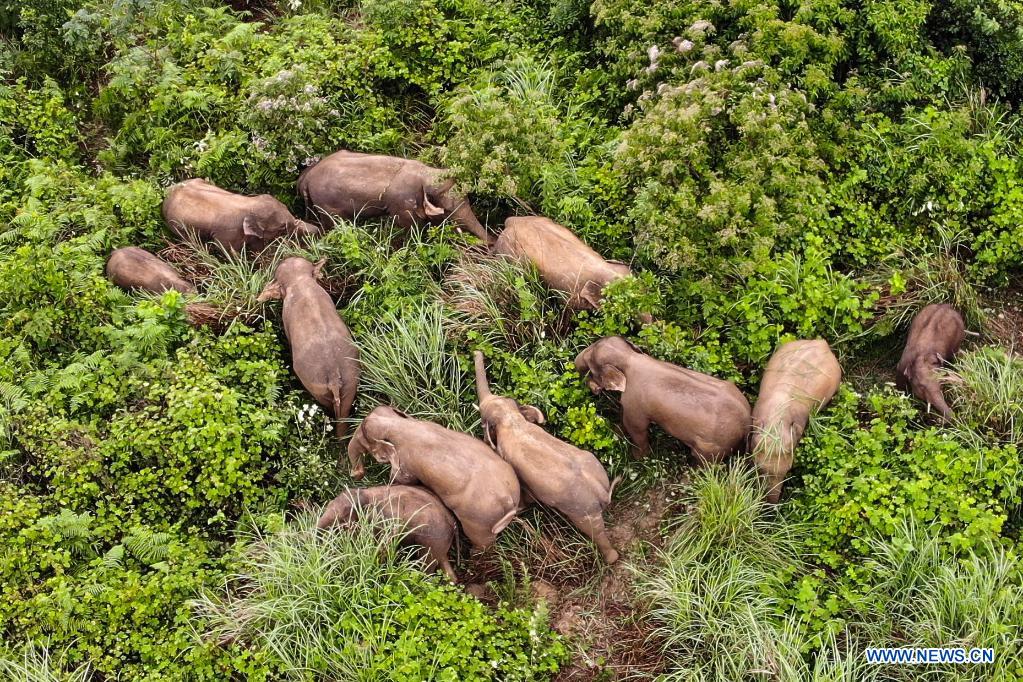 Behind the safe return, a group of young people has been monitoring the elephants with their drones and cameras in the past months. 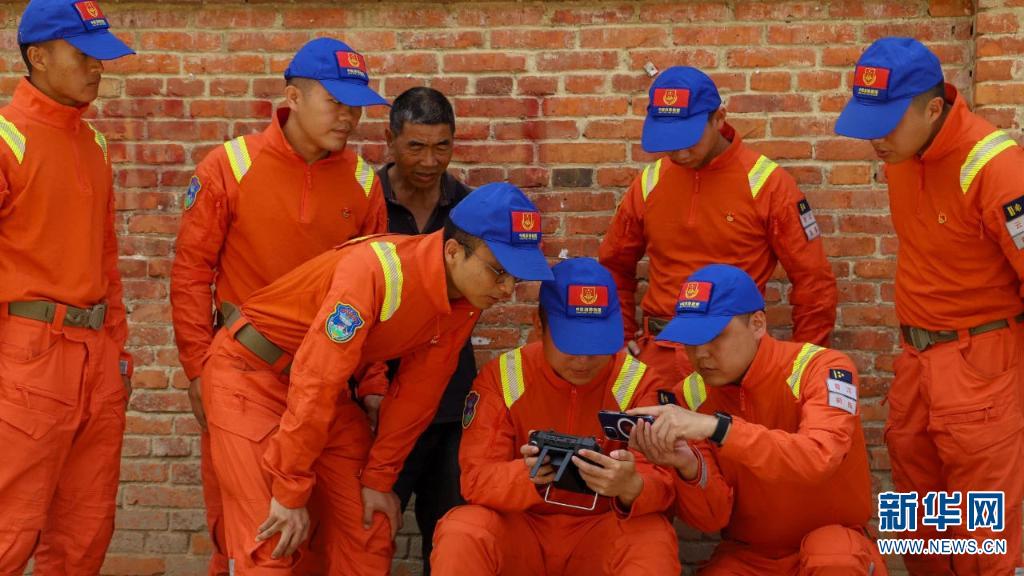 Since the herd roamed into Eshan Yi Autonomous County, Yuxi on May 27, the provincial forest fire brigade has set up an “elephant-tracking team” and dispatched 52 members to monitor the elephants. The post-90s members have played a major part in the group, whose members’ average age is no more than 35.

The elephant-tracking team had been working hard on the front lines for more than two consecutive months to monitor the Asian elephants’ movements. Carrying 13 drones, six infrared telescopes and other equipment, the team following the elephants had passed through 21 townships in 8 counties and districts.

Zhang Sijie, communications assistant at the command center in Kunming Unit of Yunnan Provincial Forest Fire Brigade, was among the first to join the team.

Upon reaching the distribution area of the elephants, the team used aerial search, together with tracing footprints and asked local villagers for information to locate the elephants. Then, they reported the real-time location to the provincial command center. 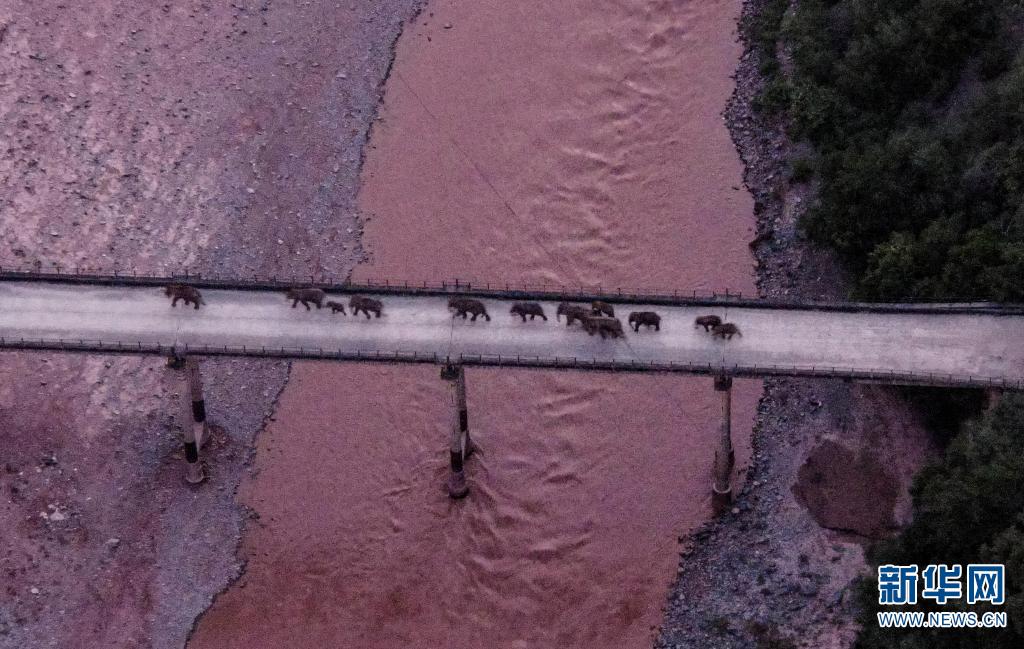 On the first day, 10 members of the team monitored the herd for 14 hours. But this was just a start. According to Zhang, the longest time the team had spent in one monitoring mission reached 40 hours.

Besides monitoring the elephants in real time, the team also had to update the command center every five minutes. The information served as an important basis for early warning, evacuating local residents and guiding the migrating elephants. 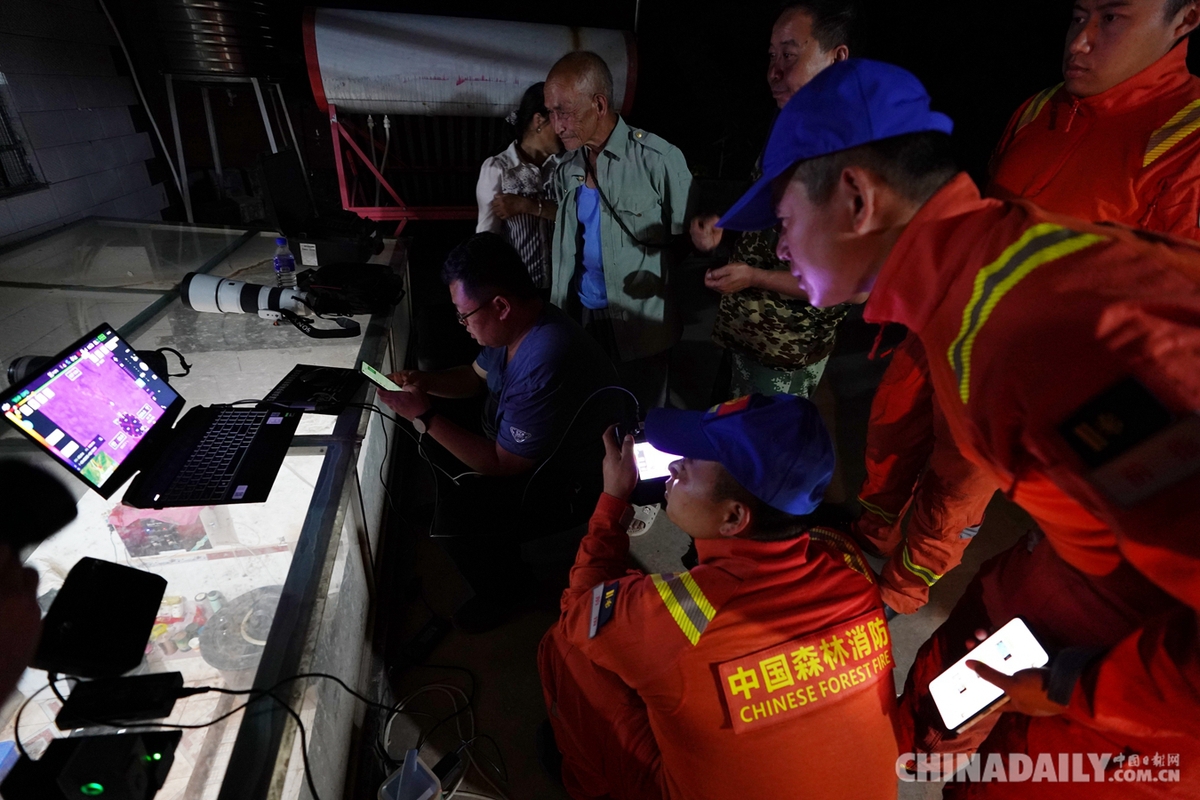 “Elephants are often active at night,” Zhang said, adding that it was easier for the team to monitor the elephants using infrared thermal imaging devices at night. But staring at the infrared thermogram for hours would tire their eyes, and it was a big challenge for them, he noted.

High tension, constant changes in biorhythms, mosquito bites, bad weather and complex environment were the other challenges while tracking the elephants. 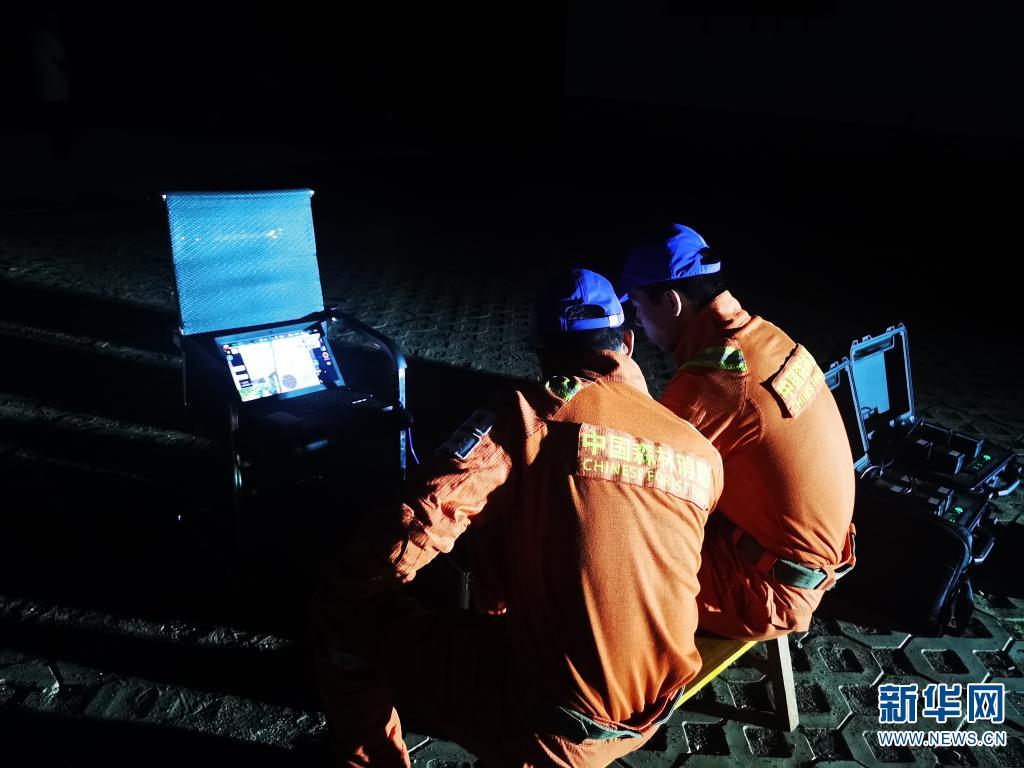 In June, the rainy weather in Yunnan added to the difficulty of monitoring and tracking the herd, given that thunderstorms and heavy rain would affect the performance of drones, and that it was difficult for drones to lock into the herd accurately, even with the help of infrared devices, when the mountains were covered in thick fog after rain. In this case, the team members had to track the elephants themselves.

“Monitoring the elephant herd is the longest task we have ever performed,” said Zhang. The forest firefighters are mainly responsible for forest fire prevention and fighting, as well as emergency rescue and relief work in earthquakes and floods. It was the first time for them to monitor and track the elephants.

Zhang believes that tasks changed, but the essence remained the same to protect lucid waters and lush mountains, as well as the lives and property of local people, to preserve biodiversity and to secure our one and only homeland.