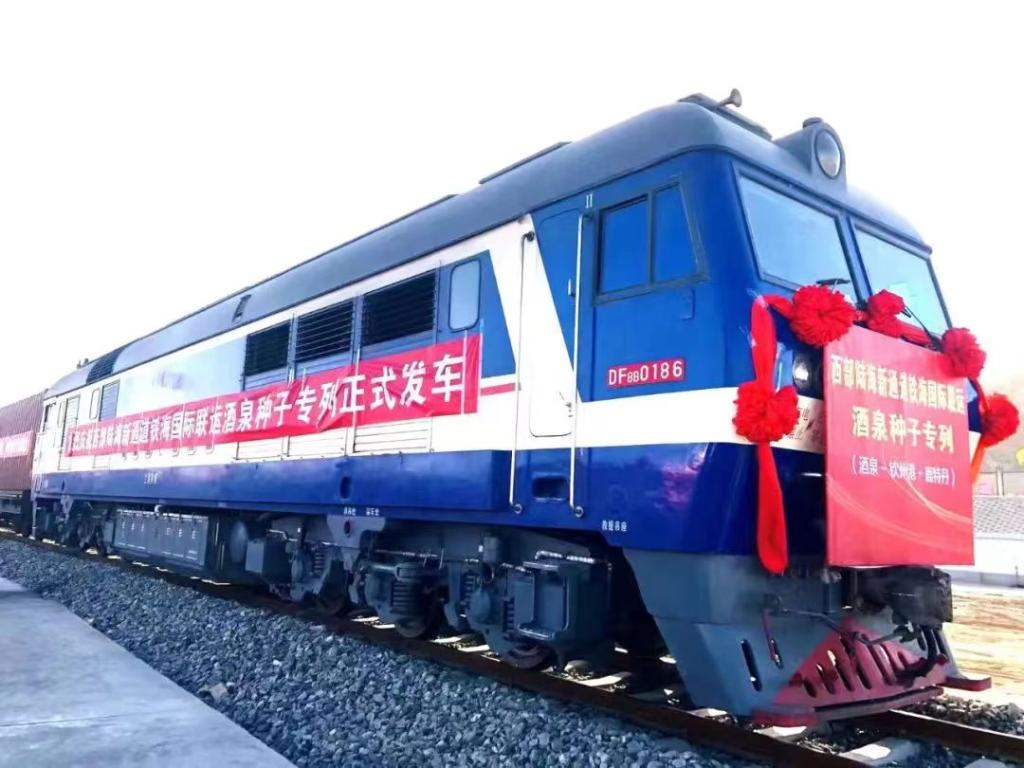 CHONGQING, Nov. 21 (Xinhua) -- The New International Land-Sea Trade Corridor, a trade and logistics passage, has opened 78 new freight routes so far in 2022, setting a new yearly record since its inception in 2017.

With southwest China's Chongqing Municipality as its transportation hub, the corridor has expanded the number of destinations to 338 ports in 113 countries and regions, said Liu Wei, director of the coordination center for logistics and operations of the New International Land-Sea Trade Corridor.

According to data provided by the center, Chongqing had in the first three quarters of this year transported 105,000 TEUs of cargo with a value of 19.1 billion yuan (about 2.68 billion U.S. dollars) via the corridor, up 29 percent and 46 percent year-on-year, respectively.

Jointly built by regions in western China and some Association of Southeast Asian Nations (ASEAN) members, the land-sea trade corridor enables efficient freight transportation via various modes such as railways, highways and waterways.

The newly established routes include those connecting China's Chongqing, Guizhou, Ningxia, Gansu and Hunan with Laos, Vietnam and Myanmar, according to Liu.