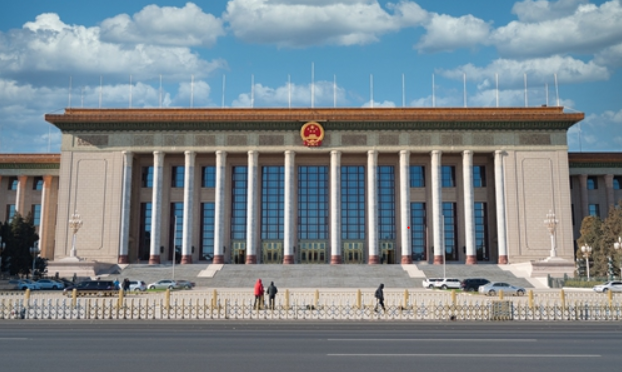 Worries are surfacing on the internet that China's national "two sessions" this year might be affected as the coronavirus epidemic, which has caused the delay of local "two sessions" in two provincial and 16 city-level administrations and a number of trade and cultural and sports events.

The "two sessions" are the annual gatherings of the National People's Congress (NPC) and the National Committee of the Chinese People's Political Consultative Conference (CPPCC), China's top political advisory body. CPPCC will be kicked off on March 3 while the NPC will start two days later.

The China Import and Export Fair, better known as the Canton Fair, has decided to suspend all exhibits, saying it is for epidemic prevention and control.

The Bureau of Commerce of Guangzhou, capital of South China's Guangdong Province, also suspended other large-scale exhibitions, leading to the delay of at least nine such events that were originally scheduled in February.

Organizers of the Boao Forum for Asia, which will be held in Boao, South China's Hainan from March 24 to 27, could not be reached, leaving only an automatic voice reply saying they were on vacation until January 31.

In their latest statement on the forum's website on January 24, it said "Boao Forum for Asia Annual Conference 2020 will be held on March 24-27."

Some analysts said the forum's organizers are likely to make some changes after resuming work.

Others noted that they expect a recovery of large trade, sports and cultural events right after the epidemic, which would help lift the people's morale.

Luo Yameng, a renowned Beijing-based urban management expert, told the Global Times on Wednesday that "to curb the spread of the epidemic, it is crucial to avoid mass gatherings" nowadays.

China's sports governing bodies and some organizers have announced the suspension of domestic leagues and tournaments ongoing or scheduled in China within a month, including soccer, basketball and volleyball, racing, skiing, table tennis and marathons, and even e-sports. The League of Legends Development League spring league was scheduled to kick off on Wednesday.

More than a dozen concerts and shows scheduled in China in February and March have also been postponed, and ticket holders can ask for a refund, media reported.

Luo noted that the national "two sessions" might be affected if the coronavirus epidemic has not been tamed by the end of February.

Most of provinces in the Chinese mainland have held their "two sessions," except for Southwest China's Sichuan and Yunnan provinces as of press time.

However, Zhu believed that the country's political and economic development will not be greatly affected by the outbreak, as "China's major policies and strategic deployment are very clear and will be carried out step by step."

He also dispersed public worries, saying that advance technologies make it easy for people to work without meeting face to face.

Meanwhile, an employee with the Beijing-based NPC conference center told the Global Times on Wednesday that they did not receive any notice of postponing about the NPC.