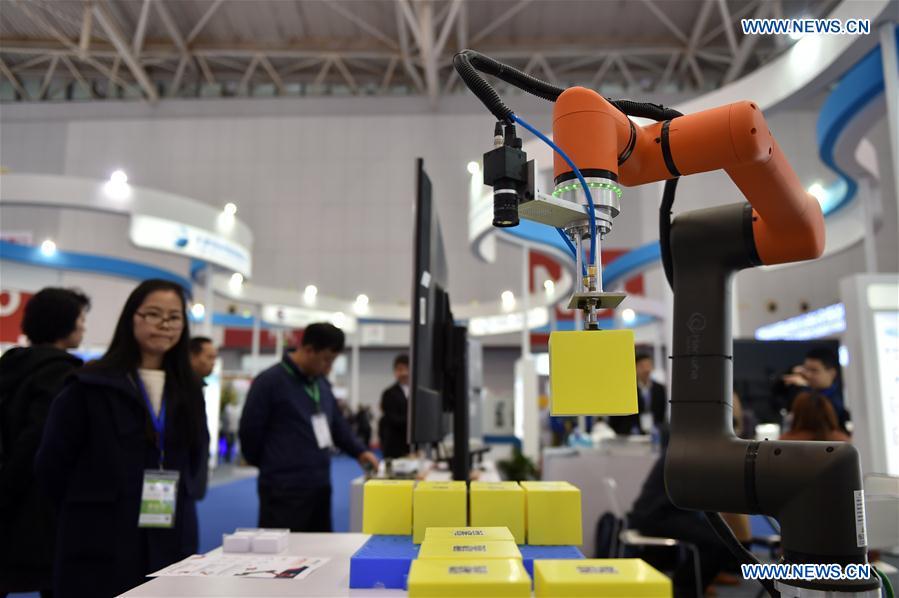 A "Belt and Road exhibition area" was established for the first time at the trade fair to enhance Tianjin's connection with relevant countries, said Li Hong, an official with Tianjin Commission of Commerce.

Nguyen Thu Hoang, an official with Vietnam Chamber of Commerce and Industry, said he wished to introduce some excellent Chinese enterprises to invest in and conduct trade with Vietnam.

David Bisceglia, a marketing manager of an Italian food trade company, said he first visited China 28 years ago and he was shocked by China's development when he came to China for the second time three years ago.

"I have to say that the Belt and Road (Initiative) is really remarkable. Coming to the fair, our goal is to bring China good quality Italian products, besides Ferrari and fashion," he said.

Tianjin has been boosting its trade with countries and regions along the Belt and Road in recent years. In 2017, 34.7 percent of its exports were sold to those countries.