China is confident it can cope with a more uncertain second half of the year in maintaining a steady and positive foreign trade growth momentum, the General Administration of Customs (GAC) said on Friday despite experts' warning of pressure to China from a trade row with the US. 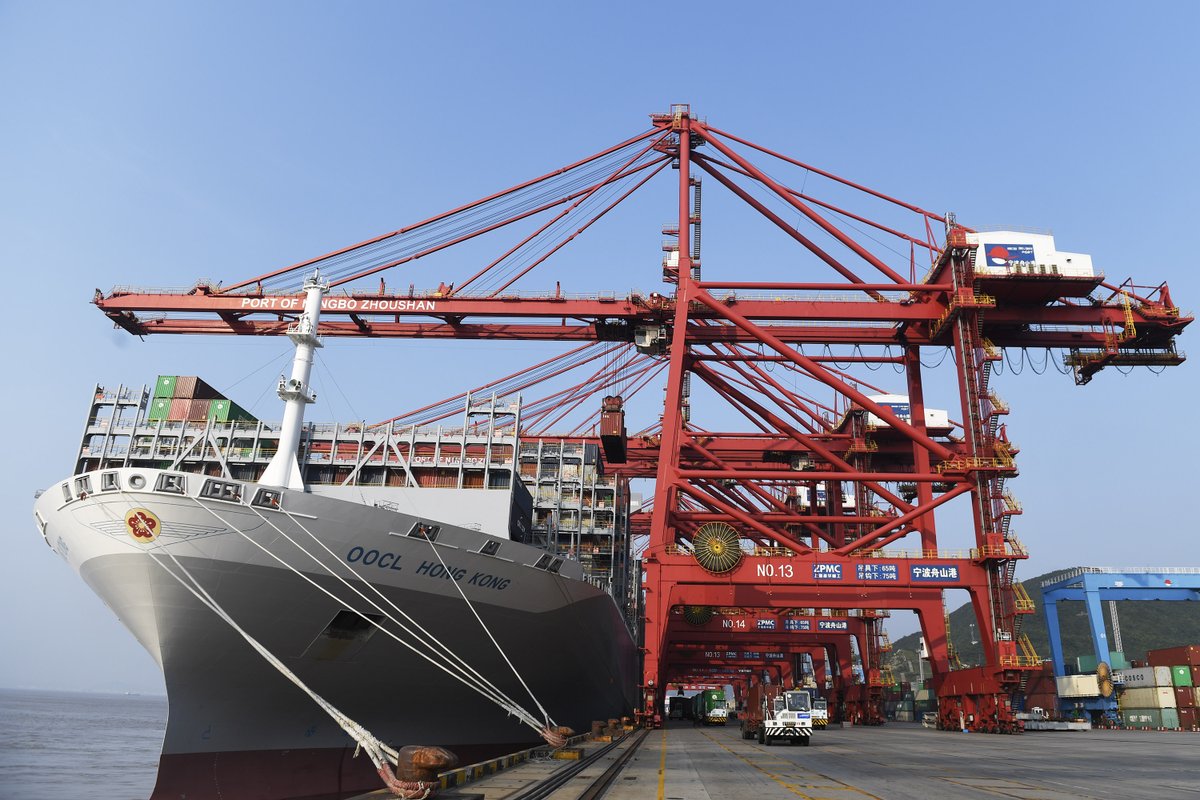 Photo: Xinhua
China's trade grew 7.9 percent year-on-year to 14.12 trillion yuan ($2.11 trillion) in the first half of 2018, the GAC data showed on Friday. The nation enjoys a trade surplus of 901.32 billion yuan, but shrunk 26.7 percent year-on-year. Exports grew by 4.9 percent while imports rose by 11.5 percent.
In the second quarter, foreign trade grew by 6.5 percent, slowing down from a 9.4 percent growth rate in the first three months, GAC data showed.
GAC spokesperson Huang Songping said that foreign trade has largely sustained rapid growth, thanks to continued global economic recovery and a stable domestic economy.
However, Huang noted that there will be more uncertainties in the external market in the second half of the year, with the IMF giving similar warnings.
"The unilateralism and protectionism by a certain country is creating challenges to the stable growth of global trade, but we are capable of coping with that," GAC spokesperson told the Global Times on Friday.
Huang said the confidence is founded on the progress China's supply-side structural reforms have made, the strengthening of the Chinese economy's internal growth engine, the continued optimization of the import and export goods structure, market diversity and improved trade facilitation.
Shrinking surplus
Trade with the US rose by 5.2 percent in the first half of the year, while China's trade with the EU, its largest trading partner, climbed 5.3 percent. Trade with the Association of Southeast Asian Nations countries was up 11 percent.
However, the continued exports growth at 5.7 percent in the first half and widening trade surplus with the US have prompted concerns that the US may use the trade figure as an excuse to pursue more protectionist measures.
The Trump administration imposed an initial 25-percent tariff on 34 billion dollars worth of Chinese goods and went further by planning to impose tariffs on another $200 billion.
Wan Zhe, chief economist of the International Cooperation Center of China's National Development and Reform Commission, told the Global Times on Friday that China cannot reduce its trade surplus with the US overnight, but that the general trend is the trade surplus with the US has been gradually easing in recent years as its trade structure balances off.
"Such a concern is unfounded," Wan told the Global Times on Friday.
Huang said China has made headway in pushing for a more balanced trade, and its surplus has shrunk for eight consecutive quarters, due to much faster imports growth.
Liu Xuezhi, a senior macroeconomics expert at Bank of Communications, said that the global economy is behind Chinese exports growth, which has maintained double-digit growth for three consecutive months.
"However, the exports growth rate could slide in the second half due to slowing growth in Europe and negative growth in Japan, and the volatility in emerging markets," Liu said in an email sent to the Global Times.
"Exports to the US could drop significantly as the trade row takes its toll, and this trend will be accompanied by continued Chinese policy support to expand imports. As a result, trade surplus is expected to contract significantly or even fall into deficit territory in the second half," Liu told the Global Times.
Greater pressure
Experts said foreign trade in the second half of the year is expected to face greater pressure.
"Amid a deleveraging process, China's tightening policy will add some pressure to the domestic economy. And although China has realized the need for structural transformation and has set out to do the job for a few years, such a process would be a painful period," Wan told the Global Times, noting the already slowing foreign trade growth.
Xie Yaxuan, a senior economist at China Merchants Securities, told the Global Times on Friday that the strengthening of the dollar against the yuan is expected to slow trade growth in the second half of the year.