Cooperation is the only right choice for US-China trade, Guo Weimin, deputy director of China's State Council Information Office, said at a press conference on Tuesday in Beijing. 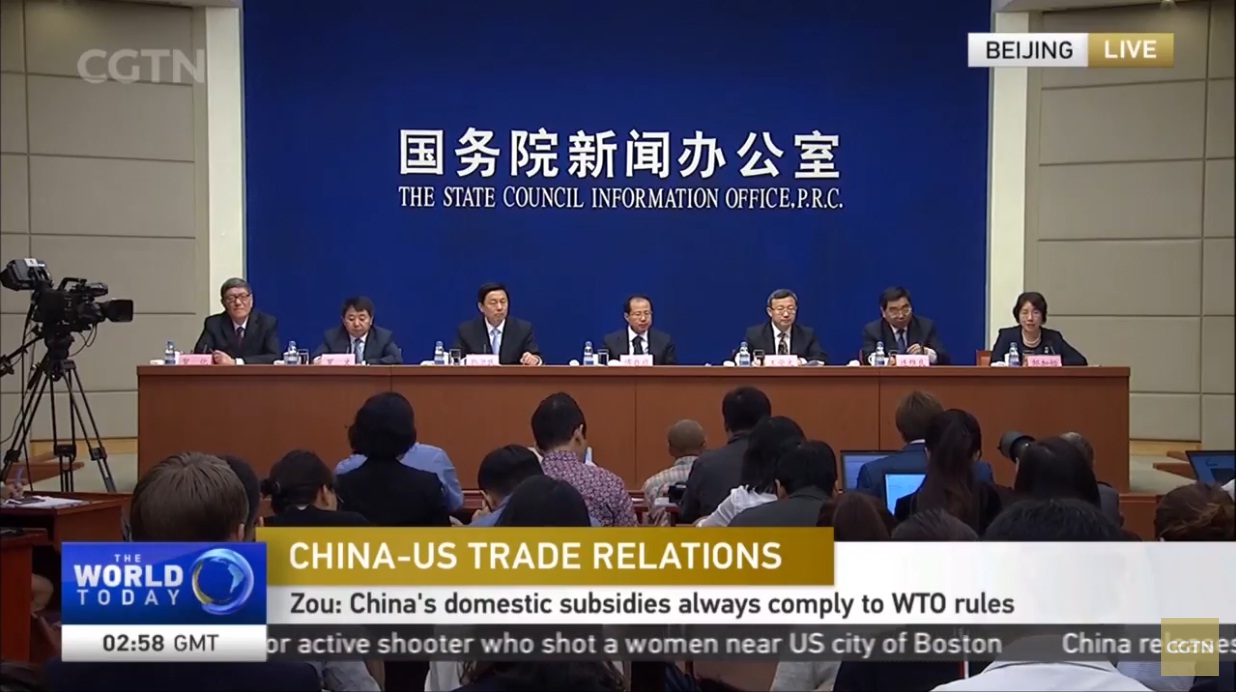 China-US trade relations are important for the stability of the world economy, Chinese Vice-Minister of Commerce Fu Ziying said.

The two countries are at different stages of development, so friction is natural. But the US has pursued unilateralism and protectionism, and restricted trade. The US has continued to escalate tensions, despite Chinese efforts to defuse them. China is firm in upholding non-discriminatory, multilateral, inclusive trade system, Fu noted.

US trade policy discriminates against foreign goods, restricts normal investment. And claims that the US has been taken advantage of by China doesn't hold water, Fu stressed.

US protectionism has become a major source of risk for the world market, Fu noted.

Over 40 years of trade cooperation provides a strong foundation for the future of the relations. The two economies are deeply intertwined, and common interests outweigh differences. Chinese products are vital to US consumers, and have helped diversify the US market, Fu added.

China’s foreign trade policies are consistent with WTO rules. China may reduce taxes to encourage companies to enter the global market. The trend for Chinese companies to ‘go global’ is irreversible, Fu emphasized.

China’s economy is capable of cushioning the impact of sustained trade tensions, Lian Weiliang, deputy director of the National Development and Reform Commission, said at the press conference.

Efforts will be made to help the economy weather the trade friction. China will reduce the tax burden on businesses, Lian added.

The US is an important source of agricultural products for China, but not the only one, Wang noted.

Panic over ‘technology transfer’ is not in good faith, Wang stressed.

China uses subsidies like many other countries, including the US, said Zou Jiayi, deputy head of the Ministry of Supervision.

China has become a major powerhouse in innovation and patents, He said.

China gives equal protection to domestic and foreign IP, and our country has strict enforcement of IP law and patent violations, He stressed.

SCIO held a press conference to discuss a white paper about trade facts and Beijing’s perspectives on trade frictions with the US released on Monday.