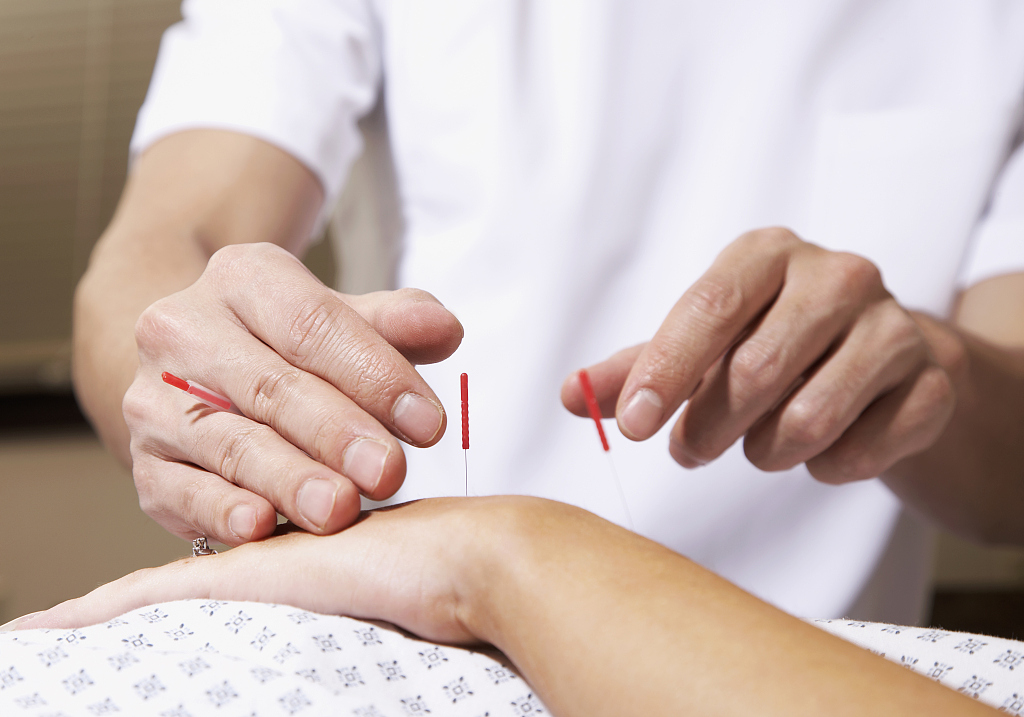 Chen Guangxian, the only Chinese acupuncturist there, has always been tied up working on local patients with various diseases, ranging from facial paralysis to severe stroke.

"This year alone, we have received more than 800 patients, which comes as a pleasant surprise to us all," said Chen, who is a member of the Chinese medical team in Ghana.

Tettey Nii Mensah, a 69-year-old Ghanaian who suffered from prostatomegaly, hasn't been able to urinate normally for years.

"Sometimes the frequency of urination caused serious insomnia, and that really pained me a lot," said Tettey, who has tried many therapies before which were of little avail.

After a couple of acupuncture sessions, Tettey found himself gradually recovering from the illness. "Thanks to the Chinese doctor, I could finally have a sound sleep," said Tettey.

Liu Qiuhong, chief of the Chinese medical team in Ghana, said their medical records show that Ghana is still in the grip of an obesity epidemic, which brings locals common diseases such as high blood pressure and joint injuries.

"It is quite hard for many overweight patients to exercise normally. In fact, acupuncture treatment can help those patients reduce weight by adjusting their digestive function," said Liu.

Gifty Opare Kwakyi, who is a female obese patient, told Xinhua that after 20 sessions of acupuncture therapy, her back pain was relieved due to weight loss, and now she can finally climb stairs by herself.

"Undoubtedly, more and more Ghanaians are fond of the Chinese acupuncture therapy, which has also become a window into traditional Chinese medicine for locals," said Liu.

China has sent eight batches of the medical team to Ghana over the past years. China-Ghana Friendship hospital, where the medical teams are based, has become the most popular hospital featuring traditional Chinese medicine therapies in the country.

The traditional Chinese medicine values disease prevention and health maintenance, so we have been devoted to promoting relevant knowledge among locals to help them stay healthy, said Liu.

Despite multiple challenges such as frequent power outage and water supply shortage, Chinese doctors will do their best to serve local patients, Liu added.