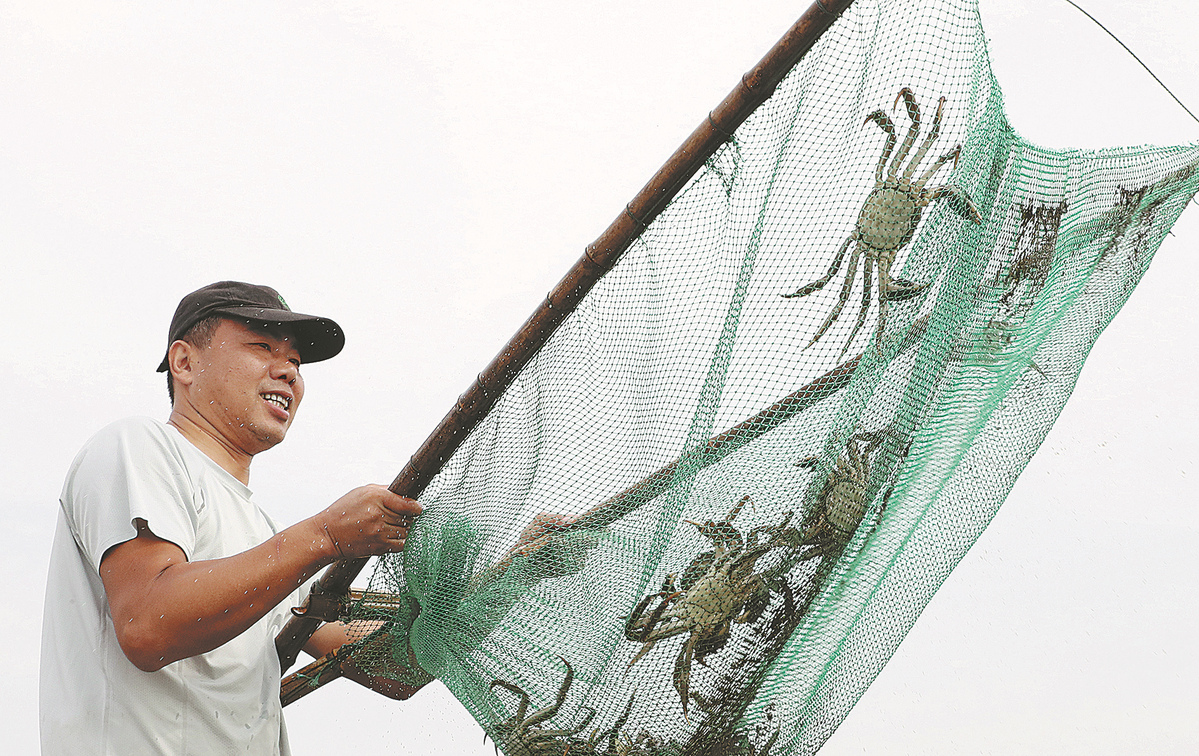 Yong Donglin, a farmer in Muchuan county, Sichuan province, woke up earlier than usual on Friday morning — the extra hours were needed to prepare for a special straw dragon dance.

The 58-year-old had practiced the traditional dance for two years. But he felt very excited this time because he and about 20 fellow farmers in the county were taking part in a performance, at a major event of the fifth Chinese Farmers' Harvest Festival held in Xinjin district of the provincial capital Chengdu.

In 2018, China designated the autumnal equinox as Chinese Farmers' Harvest Festival, in a bid to further strengthen the role of agriculture and rural areas and improve the sense of gain and happiness among farmers.

Despite the rain, performers from different parts of Sichuan presented songs and dances featuring their farming culture in the opening ceremony of the festival on Friday.

The phrase "land of abundance" is a reminder in Sichuan of how major farming achievements were made — they were the result of the Dujiangyan irrigation project.

In ancient times, the Chengdu Plain, now one of China's most populous and important agricultural regions, suffered from incessant flooding of the Minjiang River, a tributary of the Yangtze River, in the summer, and withered with drought in the winter.

Li decided to harness the river and started construction of the Dujiangyan irrigation project around 256 BC. The project feeds a grid of irrigation canals now watering 670,000 hectares in 34 counties in Sichuan, compared with 160,000 hectares of arable land when the project was built.

The plain has been more or less spared from flooding and drought for more than two millennia thanks to the project, making Sichuan the "land of abundance" since ancient times.

At the festival's opening ceremony, award winners of the country's Top 10 Farmers were also announced.

Gai Yongfeng, a farmer from Heihe, Heilongjiang province, made the list. The 45-year-old started farming in 1996 and works on about 1,700 hectares of soybeans. Farmers in 11 townships in the city who also plant soybeans have benefited from his state-of-the-art farming techniques.

"I am very proud of being a professional farmer. The government attaches great importance to agriculture and adopts policies to benefit farmers," he said.

According to Tang Ke, head of the office of the festival's organizing committee, the festival this year highlights the promotion of new varieties of seeds and new farming technologies, in line with an ancient Chinese saying about how "a full warehouse starts with a good seed".

The new hybrid rice variety "Chuankangyou 2115", developed by Sichuan Agricultural University, was found to have yielded a record 11,557 kilograms of rice per hectare.

The rice variety has been planted in nearly 1.2 million hectares of land in the past two decades, harvesting nearly 9.2 billion kilograms of high-quality rice and earning more than 7.7 billion yuan ($1.08 billion) for the economy of the area growing the crop.