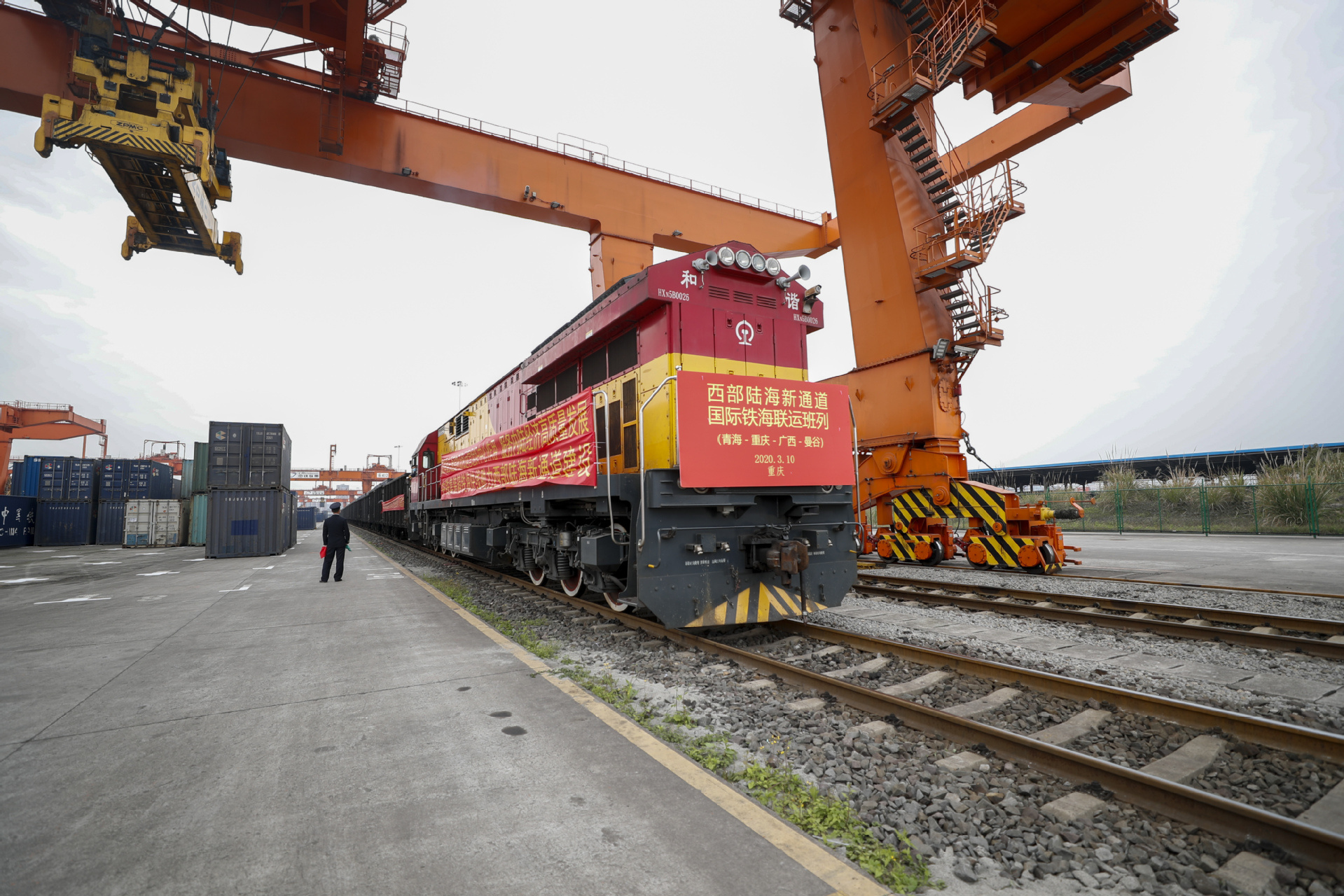 A train is to leave Chongqing for Guangxi Zhuang autonomous region along the New Western Land-Sea Corridor on March 10, 2020. (Photo: Xinhua)

A total of 3,154 train services along the New Western Land-Sea Corridor operated from January to July, posting a year-on-year increase of 96 percent, the China State Railway Group said on Friday.

These services transported 314,000 containers during the period, an increase of 287 percent.

The services, launched in 2017, have reached more than 100 countries and regions and more than 300 ports. The varieties of cargo have increased from 30 to more than 500 kinds.

The corridor links western China and countries and regions in Southeast Asia and further afar with land-sea intermodal transport.