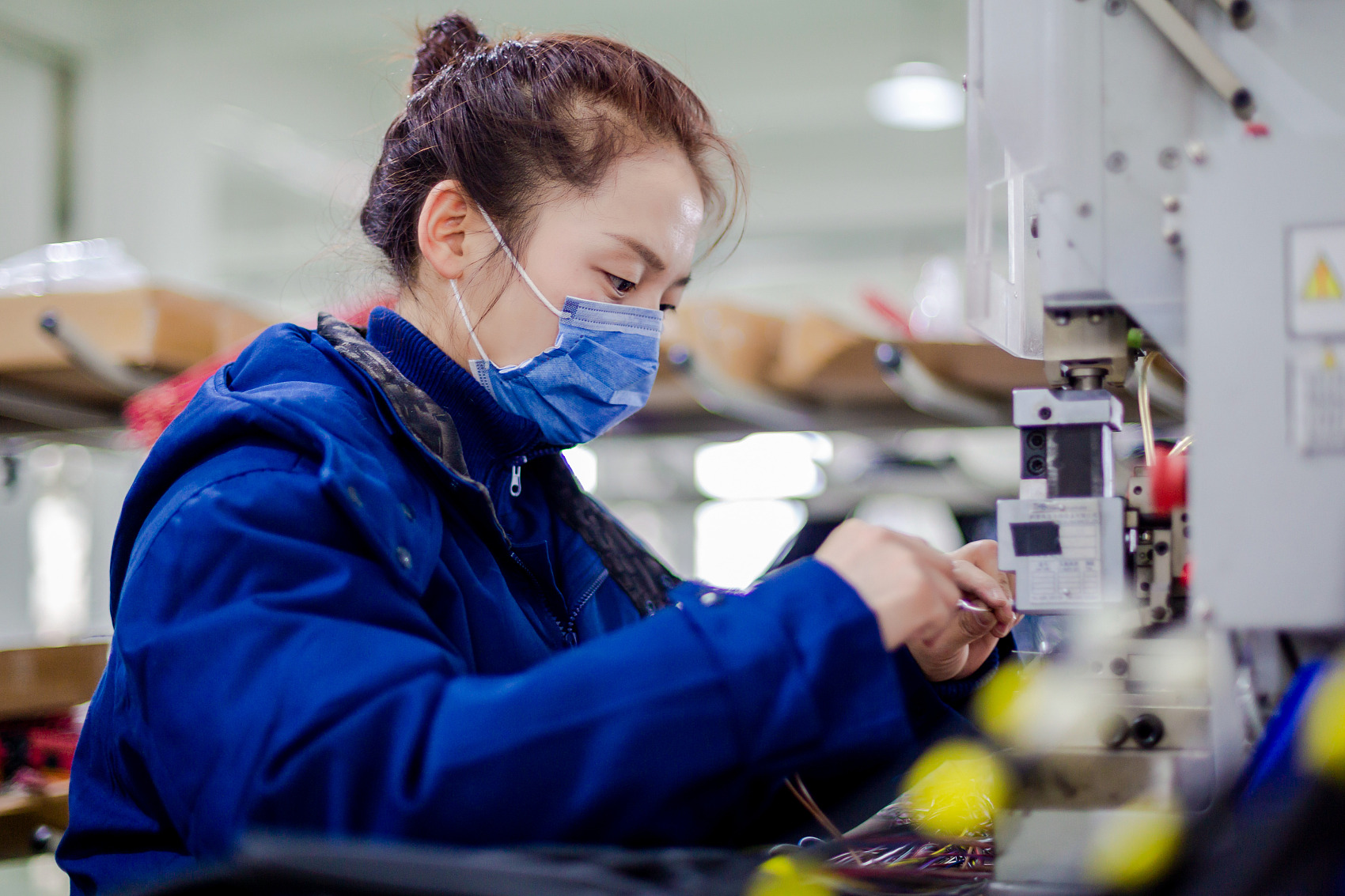 The central government is stepping up efforts to enhance skills training for rural migrant workers to help stabilize the job market and win the battle against poverty.

The Ministry of Human Resources and Social Security recently launched a campaign to train 7 million rural migrant workers this year and the same number next year.

The new campaign is tailored for both employed and laid-off migrant workers, as well as those from the countryside who are trapped in poor financial conditions, the ministry said.

The COVID-19 outbreak also dealt a heavy blow to the employment prospects of migrant workers due to strict control of population flows and companies' decreasing orders.

The ministry said companies will play key roles in organizing training programs for migrant workers. The government will give subsidies to those small and medium-sized enterprises who recruit registered laid-off migrant workers or migrant workers who have difficulties finding jobs.

Companies are encouraged to train migrant workers on the job, the ministry said. Subsidies will be given to those small and medium-sized enterprises that suspended production because of the COVID-19 outbreak and organized their employees to join training courses rather than dismissing them.

"Companies usually care about two elements the most in workers' training, one is training costs and the other is job-hopping of their well-trained workers," he said.

"As far as I know, companies, especially those with vision, are willing to train their workers to improve their skills and give them higher salaries to sustain the company's competitiveness.

"Training workers on the job is normally seen in the service sector because losses can be controlled if trainees make no mistakes at work, while employers in the manufacturing industry prefer to give training courses to newly recruited people — including migrant workers who have little knowledge of operating machines — to reduce possible losses and damage to the machines."

"For those positions that need higher skills in technology or capital-intensive industries, longer-term training programs are necessary to help people gain enough knowledge and skills for jobs," he said.