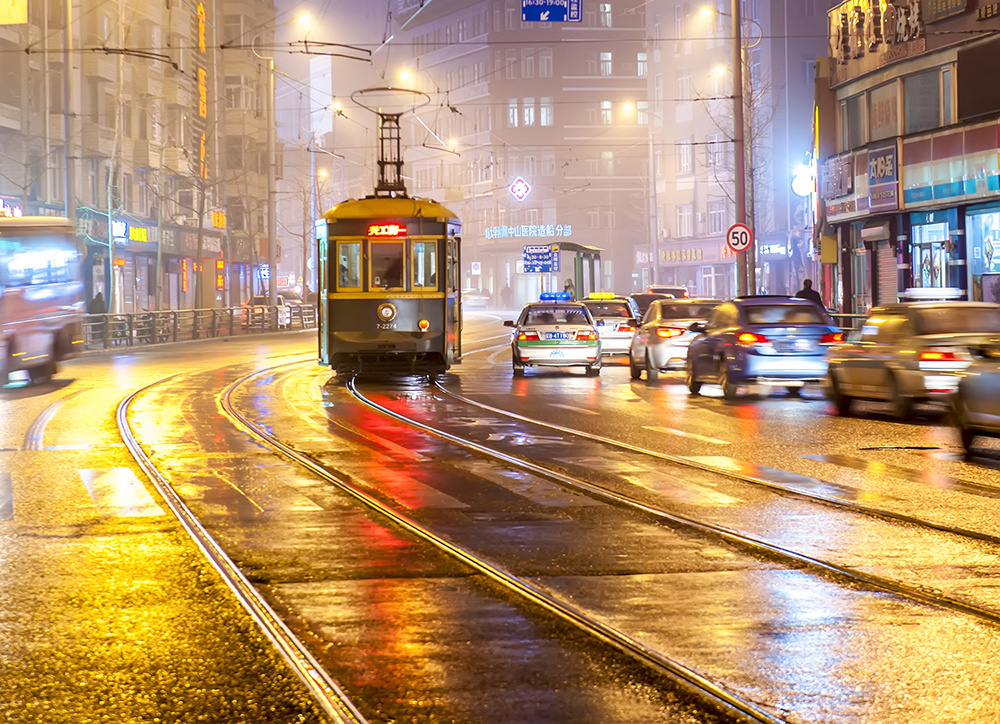 Sixteen tramcars manufactured in the 1930s are still operating on one route in Dalian, Liaoning province. (Photo: CHINA DAILY)

The first tram of the day sounds its bell at 4:10 am in Dalian, Liaoning province, where the vehicles have been operating for nearly 112 years.

More than 19 hours later, at 11:50 pm, the streets of the northeastern port city fall silent as the last tram run is completed.

Jiang Ye, director of the Dalian Museum, who also researches industrial heritage, said, "For Dalian, trams are no longer just a means of transportation, they are also part of the city's diverse culture and development history."

Sixteen tramcars manufactured in the 1930s are still operating on one route in the city.

"They are like living sculptures and have witnessed many changes in Dalian during the past 100 years," Jiang said.

During the five-day May Day holiday, many tourists visited Dalian to take the trams and gain a sense of their history.

A group of enthusiasts said in a social media post, "When the setting sun shines on a tram as it makes its way slowly along the tracks surrounded by skyscrapers and heavy traffic, it is as if people are taking a journey through the past and present."

Dalian and Hong Kong are the only two Chinese cities where trams have operated for more than a century.

Generations of workers at the tram branch of the Dalian Passenger Transport Group Co have maintained and upgraded the city's tram system.

In addition to 16 old tramcars, the city boasts a total of 55 manufactured in 1983 and 2000, running on two lines with a total length of 25 kilometers.

They share the same power supply system and tracks, but the new cars are less noisy, more energy efficient and have different transmission systems and wheels than the older models.

Cui Baojun, a tram depot maintenance department group leader, said: "The 16 old cars were mainstream models used worldwide in the 1930s. They are our treasures." 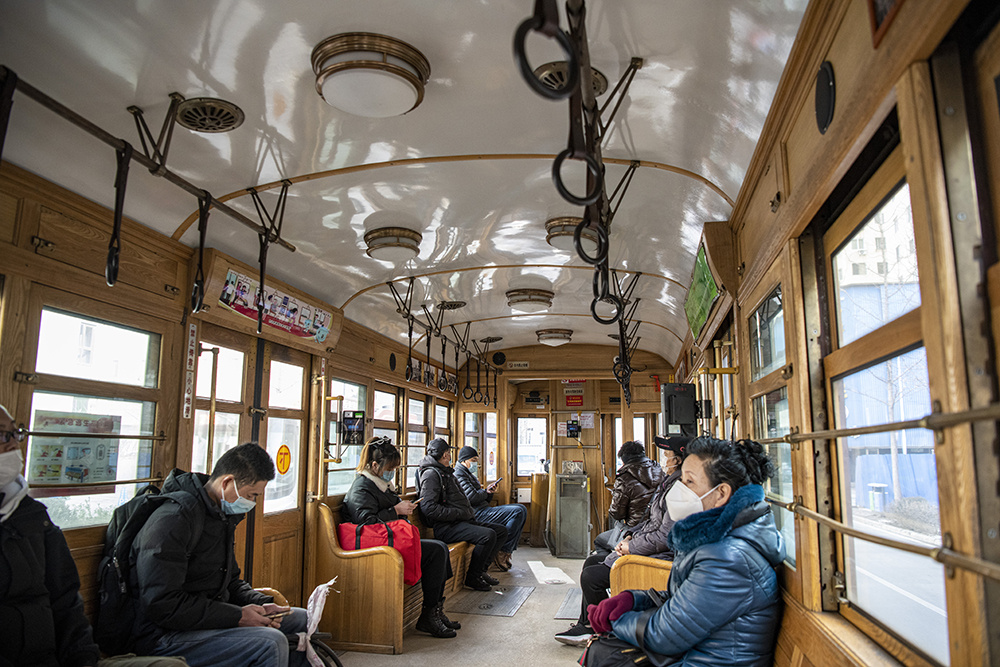 Most Dalian residents have voiced support for retaining the city's trams, but there has been some opposition. (Photo: CHINA DAILY)

The vehicles still have their original main frames, but other parts, including the controls, have gradually been replaced by domestically made components.

Some parts were replaced because the manufacturers no longer produced them, while others made way for new technology, Cui said.

For instance, the original high-voltage motors, which could generate sparks, were replaced by lower-voltage models.

During the upgrading work, a combination of traditional and modern techniques was used to preserve the original exteriors and interiors.

Wood and copper feature heavily in the tramcar designs. "However, wood ages so fast that it has to be refurbished every 10 years," Cui said.

When the People's Republic of China was founded in 1949, trams were the only form of public transportation in Dalian.

However, some of the vehicles were in such a poor state of repair that they could not be put into service. Many people also had a negative attitude toward the trams, as they were made by the Japanese.

As a result, China had an urgent need to produce its own tramcars.

Cui Changju said, "The factory we worked for didn't have enough money, so we used our skills to earn more for it, such as by repairing motors for other companies and sharpening kitchen knives for local residents."

The workers also successfully produced China's first streamlined trolley car, despite having no drawings to work from. They lacked molds and spare parts, so they made these themselves.

"In this way, we overcame our difficulties and problems one by one. After a year, on the eve of National Day in 1951, we produced the landmark trolley car," Cui Changju said.

Later, the company produced China's first electric locomotive for use in mines and its first trackless trolley car.