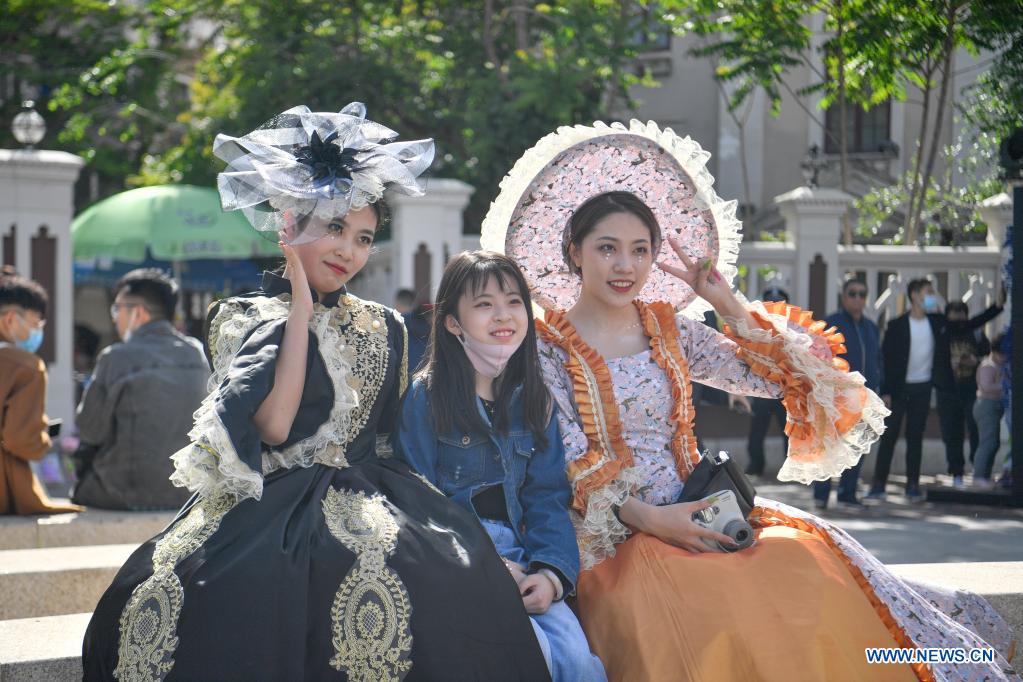 A tourist (center) poses for a group photo with performers at the Italian Style Area in Hebei district of North China's Tianjin, May 1, 2021. (Photo: Xinhua)

Travel, health and education are the top three things young Chinese are expected to spend the most money on in 2021, according to a latest survey on livelihoods conducted by China Central Television.

The survey found more than one-third of young Chinese born between 1995 and 2000 tend to desire traveling around and exploring the outside world.

Cities in South China were more favored as getaway destinations among young Chinese, the survey said, based on an investigation via Alipay. The top five cities youngsters most yearn for all sit in southern China.

Health ranks second among young consumers. It is estimated that expenditures on health will rise from a 25.75 percent share of total consumption in 2020 to a 33.27 percent share in 2021.

Surveyed men aged 18 to 25 chose to buy green food, get vaccinated and store antimicrobial protective equipment, while women had more of a preference for fitness and regular physical examinations.

Education is considered the third thing young Chinese will spend most on this year. They see improving their educational background particularly important, followed by vocational skills.