Chinese celebrate the week-long National Day in a variety of ways, and traveling is just one part of the holiday experience. Domestic and international travel booms offer a greater influx of people traveling to and from destinations. The series of graphics show where people traveled during the golden week, with data provided by Baidu Maps. 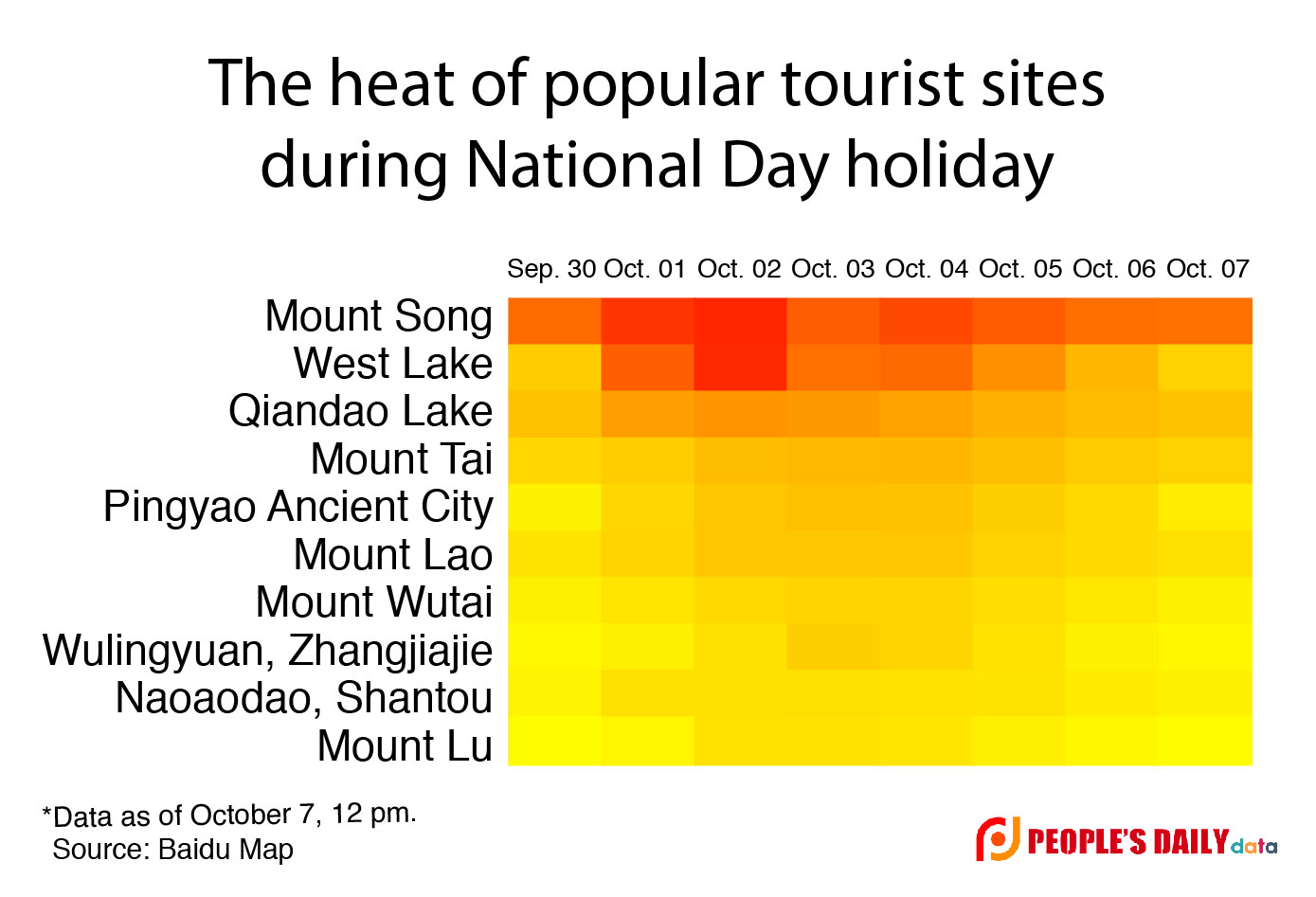 The most popular days for major tourist sites such as West Lake, Mount Tai and Zhangjiajie were the first and second of the holiday. As the holiday went on, the number of visitors at these tourist sites gradually went down. Mountains turned out to be a popular choice for tourists while some people also favored lakes and historic sites. 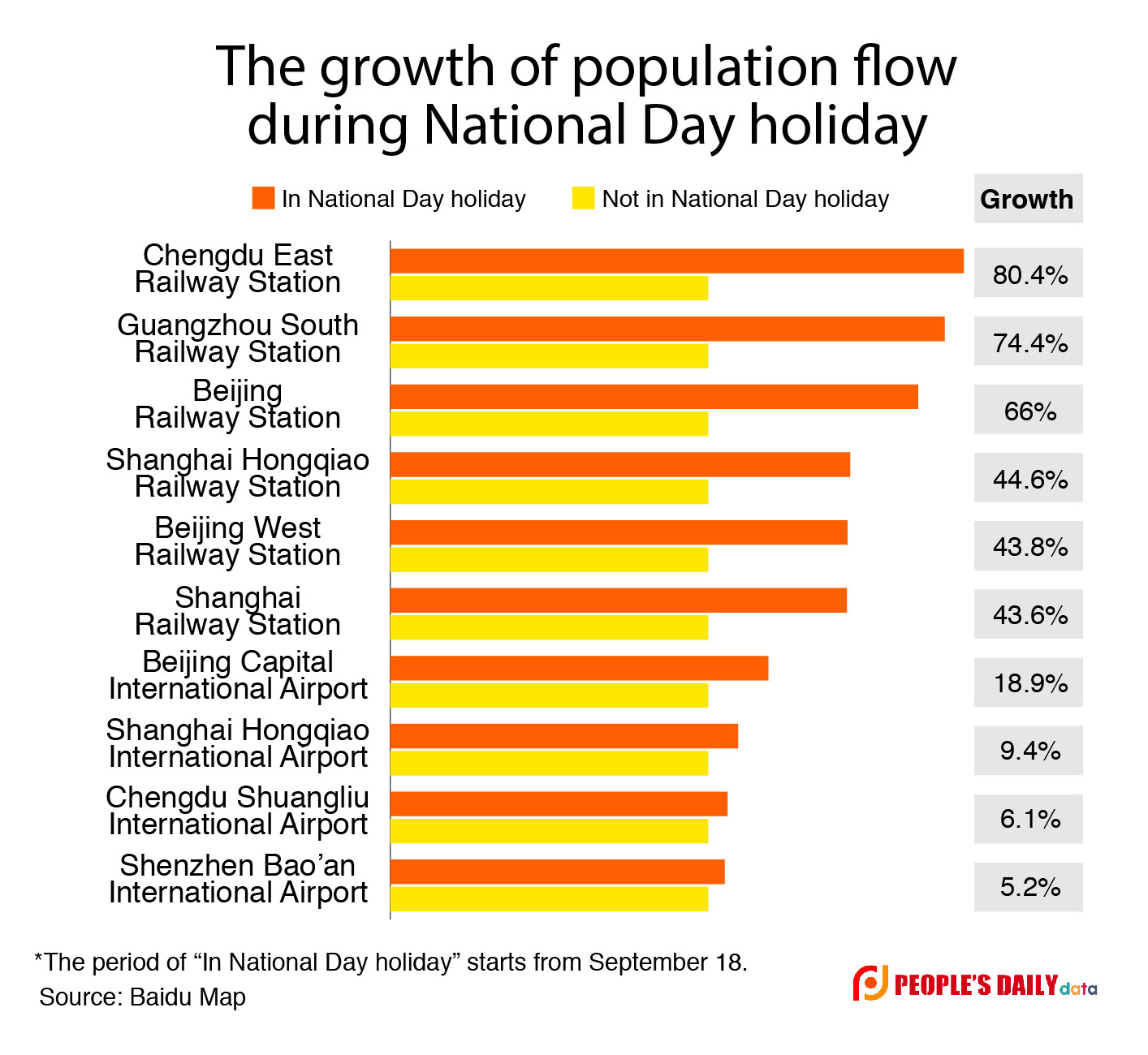 Major cities, such as Beijing, Shanghai and Chengdu, shoulder the dual responsibilities of connecting adjacent areas while serving as major travel destinations. 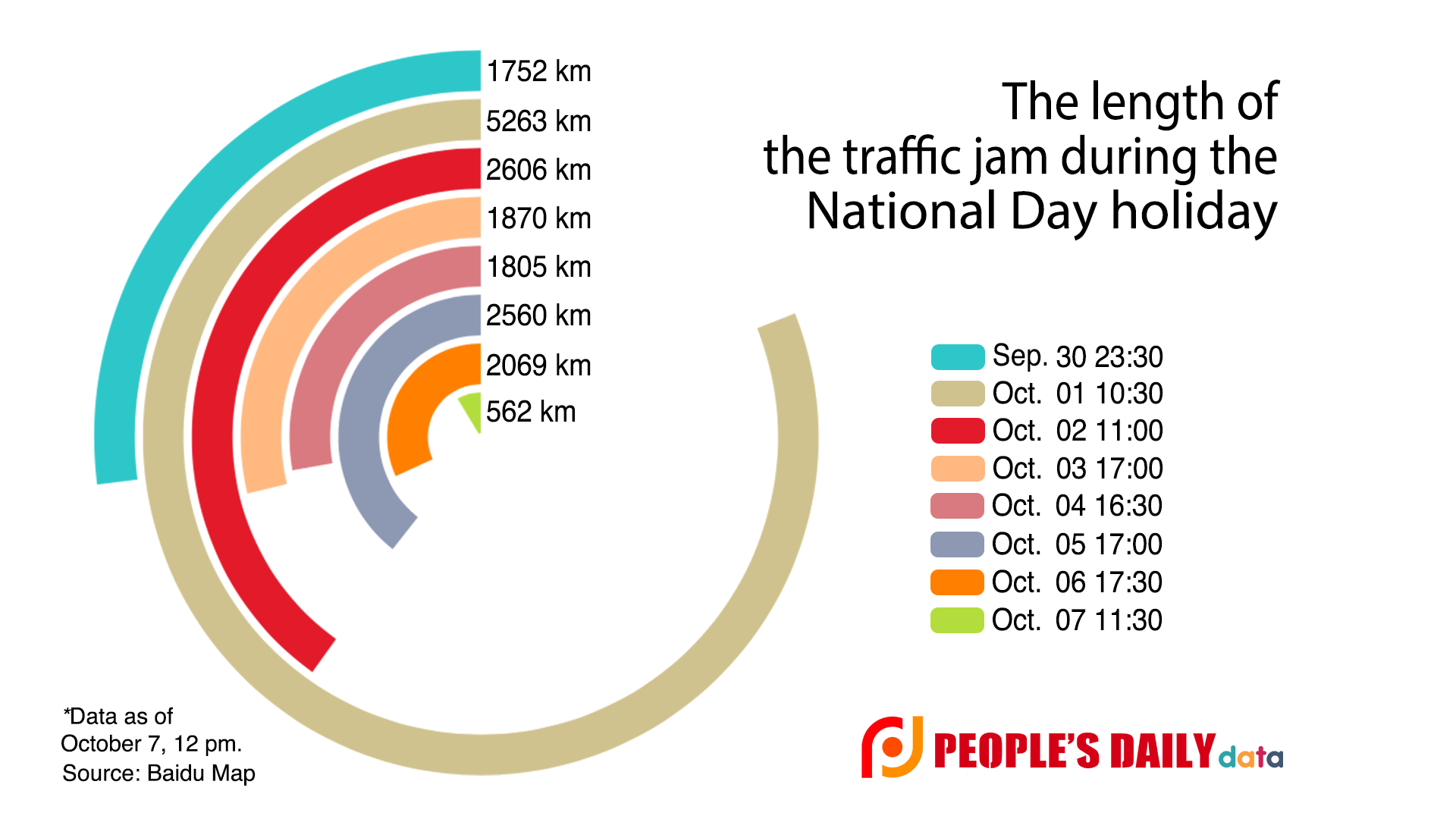 On October 1, the total length of all traffic jams if connected together was 5,263 kilometers (3,270 miles) at 10:30 am, which is close to the length of the Yellow River. The number of traffic jams dropped in the next following days, and increased again as the holiday came to an end. 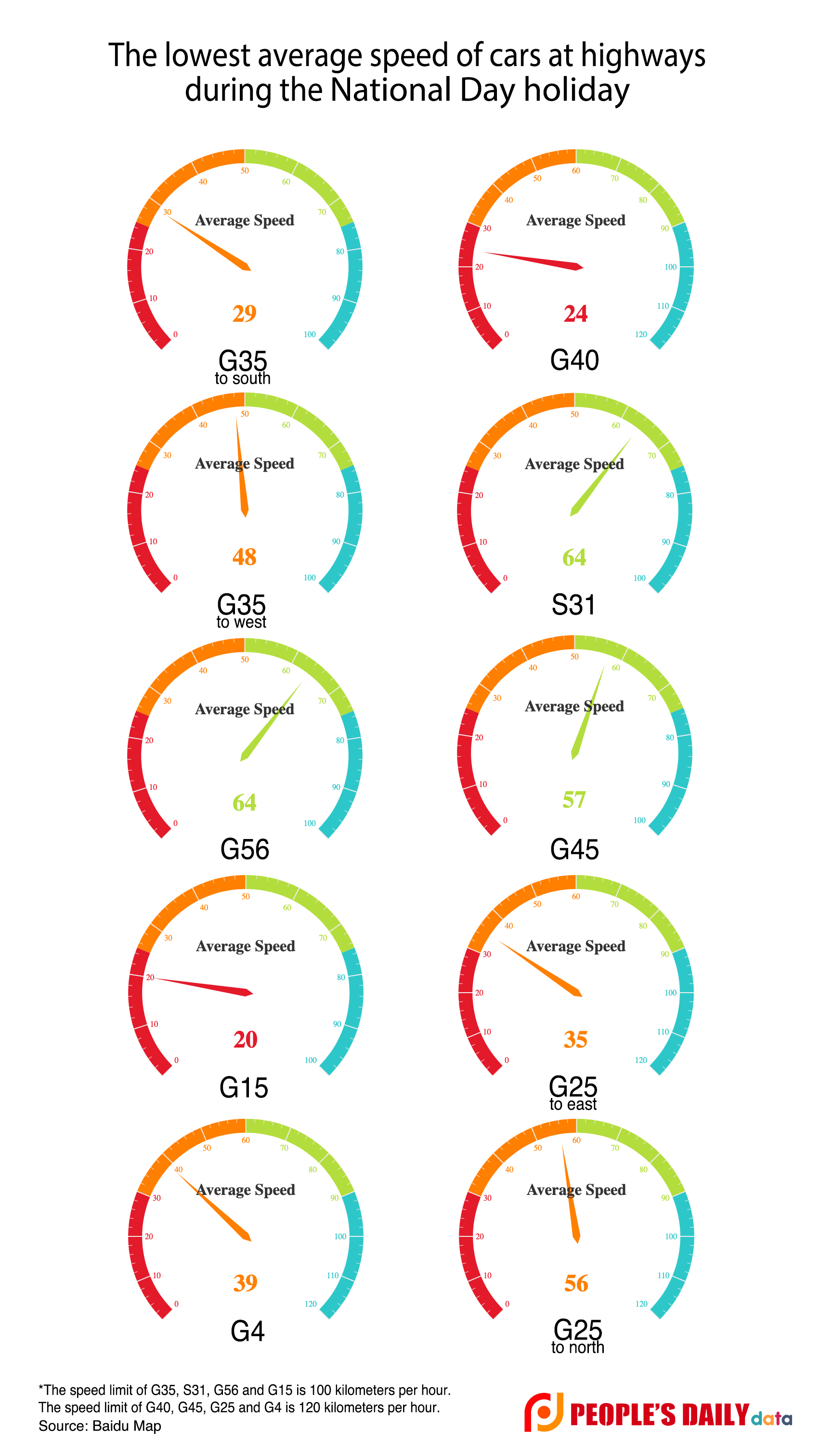 Cars on highways move slowly during the golden week. The lowest average speed of cars at highways on Oct. 6 is 20 kilometers per hour at highway G15, which could be beaten by someone biking.