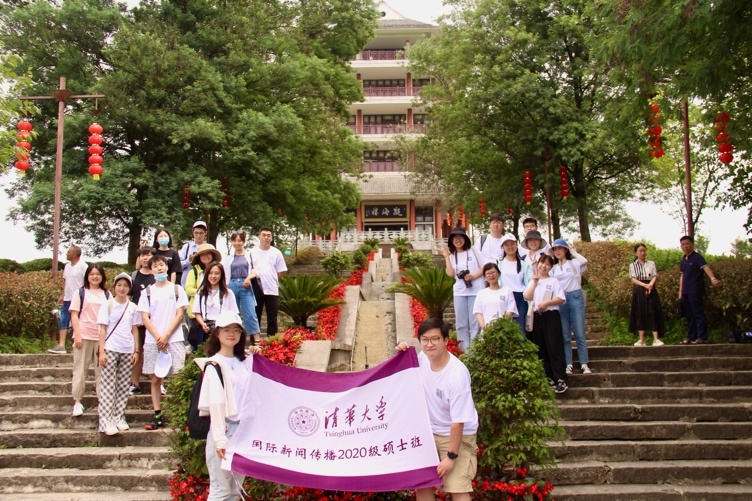 A total of 13 student journalists from China's Tsinghua University completed an eight-day field trip in Southwest China's Guizhou province, which ended on Thursday.

The field trip enhanced their understanding of the country and polished their skills as future reporters.

The students are from a master's program in international journalism and communication.

They visited several places, including Guiyang, the provincial capital and Zunyi, an important site for the Chinese revolution.

During the trip, students communicated with people from all walks of lives, such as the chief engineer of the world's largest filled-aperture and most sensitive radio telescope, the Five-hundred-meter Aperture Spherical Telescope (FAST); farmers who had been lifted out of poverty by planting tea; and the granddaughter of a Red Army soldier.

Students practiced their journalism skills by submitting news reports in the form of news articles, photographs and videos. Some articles were published on China's major media outlets.

Several students majoring in journalism from Guizhou Minzu University at Guiyang also took part in the field trip to enhance communication and mutual understanding with other young people.

"I was amazed by the Tunpu culture. It is so incredible that people there were able to preserve their culture for about 600 years," said Tsinghua student Xie Kaifan.

"As a student of international communication, I feel a sense of social responsibility and mission, which pushes me to tell the story of China to the world in a better way," said Huang Sinan, another Tsinghua student.

Zhang Li, an associate professor from the School of Journalism and Communication at Tsinghua who is also the director of the program, said the field trip is an important part of the curriculum.

"It's a chance for students from Tsinghua to go down to the earth, talk to local people, and better understand a true China," Zhang said, adding that sufficient understanding is the first step to report on a true and comprehensive China.

Representatives from the Ministry of Education and news media were also on the team to provide professional guidance.

The program, which ranks as one of the leading international journalism programs in China, is designed to foster talent in international communication.

Zhu Zeyu from Tsinghua University contributed to this story.