Triplet sisters in Jianhe county, Qiandongnan Miao and Dong Autonomous Prefecture, southwest China’s Guizhou Province, got similar scores on the Gaokao, China’s national college entrance exam, and were all admitted to the same university, the WeChat account of Sichuan Daily reported on Aug. 15. 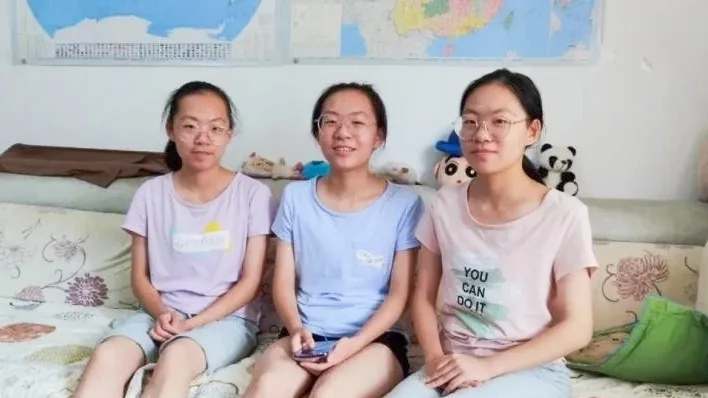 The minimum score for admission to the first batch of universities for undergraduate education in Sichuan province is 529 and 527 respectively for science and liberal arts students.

Yang Wenyao, Yang Wenyan, and Yang Wenxin, the three sisters, scored 616, 621, and 615 in this year’s Gaokao, which ended a month ago. All admitted to Sichuan University in Chengdu, capital of southwest China’s Sichuan province, the excellent scores have brought great joy to their family.

Surprised to find that they were admitted to the same university on Aug. 13 after checking the admission results online, the sisters said, “We never thought that we can go to the same college.”

“They always came to and left school together,” said Yang Jiguang, a high school teacher in charge of the class of the eldest and middle sister, adding that the three girls have always had great school performance and that such great scores are the result of their earnest attitude towards learning and their good learning habits.