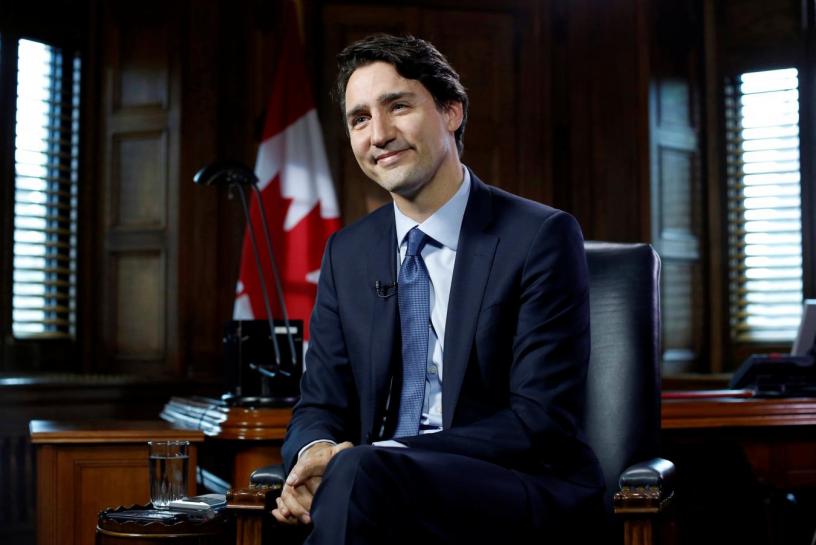 Canadian Prime Minister Justin Trudeau's official visit to China is expected to focus on trade, and free trade agreement (FTA) talks between China and Canada will be pushed during this summit in China, Chinese analysts said. Chinese Premier Li Keqiang welcomed Trudeau at the Great Hall of the People in Beijing on Monday, China's central government's website said.Chinese Foreign Ministry spokesperson Geng Shuang said at a daily press briefing on Monday that China values Sino-Canadian ties, and is willing to push forward such development through this opportunity, enhance mutual political trust, strengthen pragmatic cooperation and enrich cultural exchanges on the basis of mutual respect, equality and mutual benefits.Trudeau's China trip from Sunday to Thursday takes place as NAFTA talks appear deadlocked over demands from the Trump administration that "Canada and Mexico view as being worse than having no deal at all," the New York Times reported on Sunday. "Clearly, Trudeau's administration is not giving way to Trump's hardline demands, and is pivoting toward China," Tang Xiaosong, director of the Center for Canadian Studies at Guangdong University of Foreign Studies, told the Global Times.As China's market economy status is challenged by the US and the WTO, China and Canada now have more reason than at any other time in history to push forward and speeds up FTA talks, Tang said. Although China is Canada's second-largest trading partner behind the US, "Canada is not among China's largest customers," according to the Canadian Chamber of Commerce, which said that 12 percent of Canadian imports originate from China, while only four percent of Canadian exports are sent to China.The framework and primary agreements on building the FTA between the two countries will come out as early as the first half of next year, much sooner than previous projections due to current US pressure, Tang said.China and Canada are complementary to each other economically, and have much room to cooperate in sectors like agriculture, clean energy, and tourism, Yao Peng, deputy director of the Canadian Studies Center of Chinese Academy of Social Sciences on Monday. Trudeau began his visit on Monday with a stop at the headquarters of Chinese social media giant Sina in Beijing. Trudeau took part in an online panel discussion which was broadcast live on China's Twitter-like service, Sina Weibo, as next year marks the China-Canada Year of Tourism.Trudeau is quite well known among China's netizens for being a snappy dresser. Photos of the prime minister speaking at Sina in a shirt with rolled-up sleeves went viral on Sina Weibo, where Trudeau opened an account in 2013. Trudeau has been actively posting on Weibo, with over 1,800 posts so far, way ahead of British Prime Minister Theresa May, who has only 42 posts.