China said Monday that the accusation against China of "arbitrarily and unfairly" detaining Canadian citizens are without basis, Ministry of Foreign Affairs spokesperson Hua Chunying said at a routine press briefing on Monday. 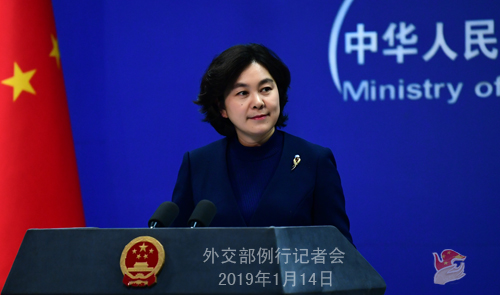 Hua said that the relevant departments in China handle the case in accordance with law, and the accusation is unwarranted.

Kovrig, not serving as a current diplomat, does not enjoy the diplomatic immunity stated in the Vienna Convention on Diplomatic Relations, said Hua. With an ordinary passport and business visa, he was taken compulsory measures by relevant security agencies of engaging in activities that harm China's state security, which is legal in accordance with law.

Hua said that the Canadian government should learn the Convention before making the specious remark.

As for Canada's statement that every country should respect the independence of the judiciary, Hua mentioned that Canada should first take practical actions to prove its own judicial independence.