US President Donald Trump's Twitter request that China reduce its trade surplus is unrealistic and unreasonable, which ignores China's on-going efforts to expand US imports to alleviate the trade imbalance, Chinese experts said.

China's trade surplus with the US further narrowed in February to $20.96 billion, slightly less than the $21.90 billion reported in January, according to data released by China's General Administration of Customs (GAC) on Thursday. 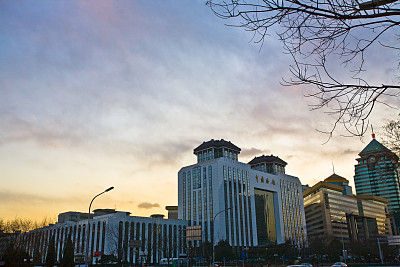 Trump posted on Twitter on Wednesday that China had been asked to cut the trade imbalance by $1 billion this year.

"China has been asked to develop a plan for the year of a one billion dollar reduction in their massive trade deficit with the US. Our relationship with China has been a very good one, and we look forward to seeing what ideas they come back with. We must act soon," Trump wrote.

Since taking office last year, Trump has been vigorously pushing to narrow his country's trade deficit with China. However, the trade imbalance in not entirely in the hands of the government since trade itself is market driven, said He Weiwen, an executive council member at the China Society for the WTO.

"From this viewpoint, Trump's request is really not reasonable or scientific," He told the Global Times on Thursday.

Huo Jianguo, senior research fellow at the Center for China and Globalization and former director of the Chinese Academy of International Trade and Economic Cooperation under the Ministry of Commerce (MOFCOM), said forcing a cut in the trade deficit makes no sense at all.

Trump's tweet is an attempt to showcase his "competence" but will only worsen bilateral trade relations, Huo told the Global Times Thursday.

On Wednesday, the US Commerce Department said the country's total trade deficit in January increased to its highest level in more than nine years, registering $56.6 billion, up 5 percent since December 2017, suggesting the Trump administration's America First trade policy was unlikely to close the trade gap, Xinhua News Agency reported Thursday.

In January, Trump slapped tariffs on imported solar panels and washing machines, and last week he announced he would impose 25 percent in tariffs on steel imports and 10 percent on imported aluminum. Both moves are causing concern that a global trade war might break out.

In today's world of globalization, manufacturing a trade war is like taking the wrong prescription medicine; what is intended as a cure does far more harm than good, Chinese Foreign Minister Wang Yi told a press conference on the sidelines of the ongoing two sessions on Thursday.

"China will make a legitimate and necessary response," Wang said.

Despite the tariffs imposed by the Trump administration, China should continue to expand its imports from the US and develop better cooperation in such areas as agriculture, oil and gas, high-end manufacturing, and consumption, even though bilateral trade frictions are likely to become more intense and involve more sectors this year, He noted.