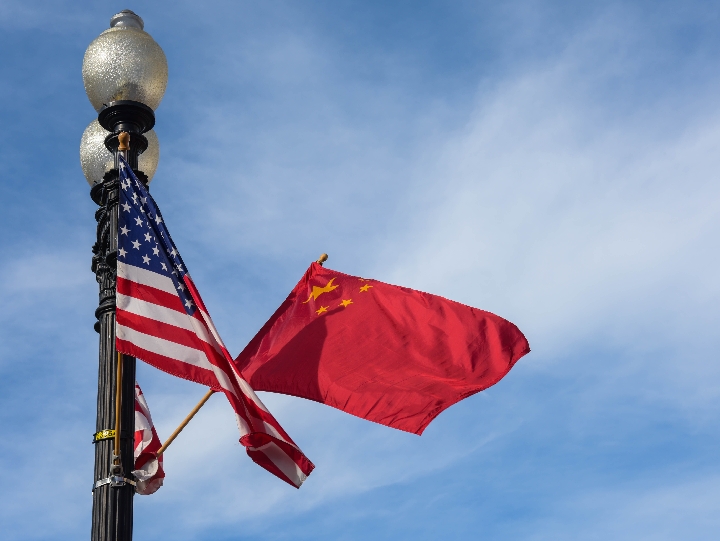 US President Donald Trump (R) listens to Chinese Vice Premier Liu He (L) during a meeting to discuss trade issues in the Oval Office of the White House in Washington DC on January 31, 2019. (Photo: Agencies)

US President Donald Trump on Thursday met with Chinese Vice Premier Liu He at the White House, saying major progress was made in the latest round of US-China trade talks.

Liu, also a member of the Political Bureau of the Communist Party of China Central Committee and chief of the Chinese side of the China-US comprehensive economic dialogue, led the Chinese delegation for the two-day trade talks that concluded on Thursday in Washington.

Liu delivered a message from Chinese President Xi Jinping to Trump, in which Xi pointed out that China-US relations are at a critical stage.

Xi said when he and Trump met in Argentina last December, the two heads of state agreed to jointly advance the China-US relationship featuring coordination, cooperation and stability.

"According to the consensus we have reached, economic teams from both sides have since conducted intensive negotiations and achieved positive progress," said Xi.

The Chinese leader said the two countries should, in the spirit of mutual respect and win-win cooperation, continue to try to meet each other half way and step up consultations, so as to reach a mutually beneficial agreement as early as possible.

This, he said, will send a positive signal to the international community, promote the sound development of China-US ties, and add impetus to the steady growth of the global economy.

Xi expressed his readiness to keep in close touch with Trump through various means, and extended greetings from himself and his wife Peng Liyuan to Trump, First Lady Melania and their family members on the occasion of the Chinese Lunar New Year.

On the China-US trade talks, the Chinese vice premier said that teams from both sides have spared no time in implementing the important consensus between the two heads of state.

He noted that during the latest round of talks, the two sides held candid, specific and constructive discussions about issues of common concern, which included trade balance, technology transfer, protection of intellectual property rights and a two-way enforcement mechanism, as well as other issues of concern to the Chinese side.

The talks made important progress for the current stage and laid foundation for further consultations at the next stage, said Liu.

The two sides will maintain close communication and strive to reach an economic and trade agreement that serves the interests of both countries and both peoples as soon as possible on the basis of mutual respect, equality and mutual benefit, the vice premier said.

Expressing appreciation of Xi's message, Trump asked Liu to convey cordial greetings to Xi and his wife from himself and First Lady Melania, and extended best wishes to the Chinese people for the upcoming Chinese Lunar New Year.

Trump said that he cherishes his good personal relationship with Xi, and that US-China relations have remained strong and kept moving forward under the guidance of the two heads of state.

The latest round of economic and trade consultations between the two countries have made major progress, said Trump. He hoped that the two sides could reach a great deal as early as possible, which he believed is of great significance to both countries and the world at large.

The president confirmed that a US delegation headed by Trade Representative Robert Lighthizer and Treasury Secretary Steven Mnuchin will go to China in mid-February to continue the consultations.

Trump said that he looks forward to meeting with Xi at an early date and witnessing together the historic moment when the two countries reach an agreement on economic and trade issues.