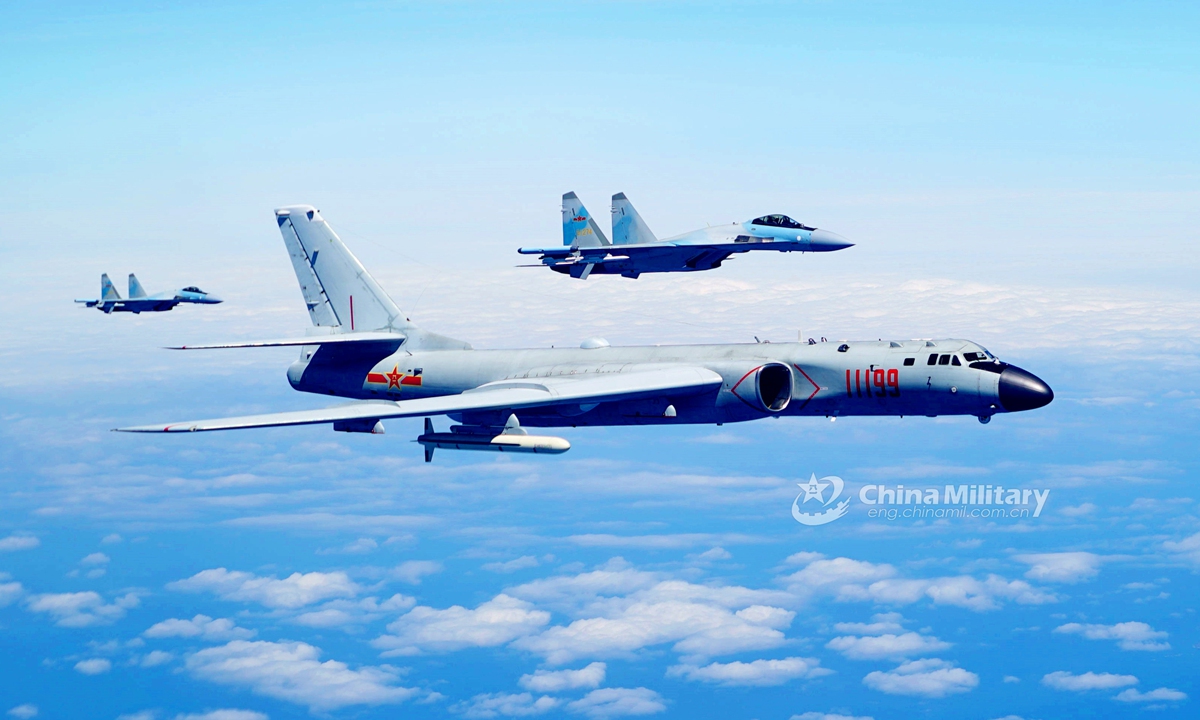 In a recent interview with CNN published on Thursday, Taiwan's regional leader Tsai Ing-wen confirmed for the first time that US troops are present on the island.

Tsai's move has stepped on the red line, and she will surely face consequences coming from the Chinese mainland, including more military activities, said experts from both sides of the Taiwan Straits.

She is the first Taiwan regional leader to acknowledge the presence of US troops on the island. Tsai said in the interview with CNN that they are there for "training purposes."

She did not disclose the exact number of US military personnel on the island at present but said it was "not as many as people thought," and "We have a wide range of cooperation with the US aiming at increasing our defense capability."

Since 2020, it has occurred several times that words come out from different sources that the US has military presence on the island of Taiwan, but this is the first time it's confirmed by Tsai.

Tsai is playing with fire, as admitting US military presence in Taiwan is no different to stepping on the red line of the one-China principle and violating the Anti-Secession Law, Chiu Yi, a former "lawmaker" in Taiwan and a Taiwan-based pro-reunification scholar, told the Global Times on Thursday.

Tsai is risking destruction on herself because she wanted to highlight Taiwan's tie with the US to save her falling support, get US President Joe Biden's help and attempt to suppress Kuomintang chairman Chu Li-luan, Chiu said.

Tang Yonghong, deputy director of Taiwan Research Center at Xiamen University, told the Global Times on Thursday that Tsai wants to comfort people in Taiwan with the protection of the US, encourage secessionist forces and deliver a signal to the international community, that the US is supporting Taiwan "as a country" at a time when the US is playing the Taiwan card in the strategic competition with the Chinese mainland.

US Secretary of State Antony Blinken on Tuesday called on UN member states to support the island of Taiwan's participation in the UN system, which experts said is burying the possibility of easing China-US tensions and even escalating tensions.

Chiu warned that there is no way the Chinese mainland will just stand by and watch, and that the cross-Straits tension is bound to escalate following Tsai's latest statement. Tsai is only saving her own power, interests and face, without changing the situation in the Taiwan Straits for the good, Chiu said.

In the meantime, the US military "assistance" has very limited significance of changing the gap between the military power of the island and the mainland, Chiu said.

Tsai's remarks have proven that the Taiwan secessionist authorities insist on seeking foreign support to seek secessionism, as they believe the illegal military presence of the US on the island can protect them. The mainland needs to strengthen military presence as well, including all necessary activities conducted by military aircraft and vessels to crackdown the secessionist attempt within the island that was backed by the US, said Li Fei, a professor on Taiwan studies at Xiamen University.

In addition to condemning the revelation, the Chinese mainland should take real actions to make the US and Taiwan secessionists pay the price, Tang said.

A day earlier, transport and attack helicopters of the PLA were spotted for the first time conducting training in the same area, which experts said displayed the PLA's grasp of the region.

Helicopters can only become active on the battlefield when the PLA has gained aerial superiority, and the combination of transport and attack helicopters means they could be on an amphibious assault mission aimed at landing on the island, Chinese mainland military analysts said.