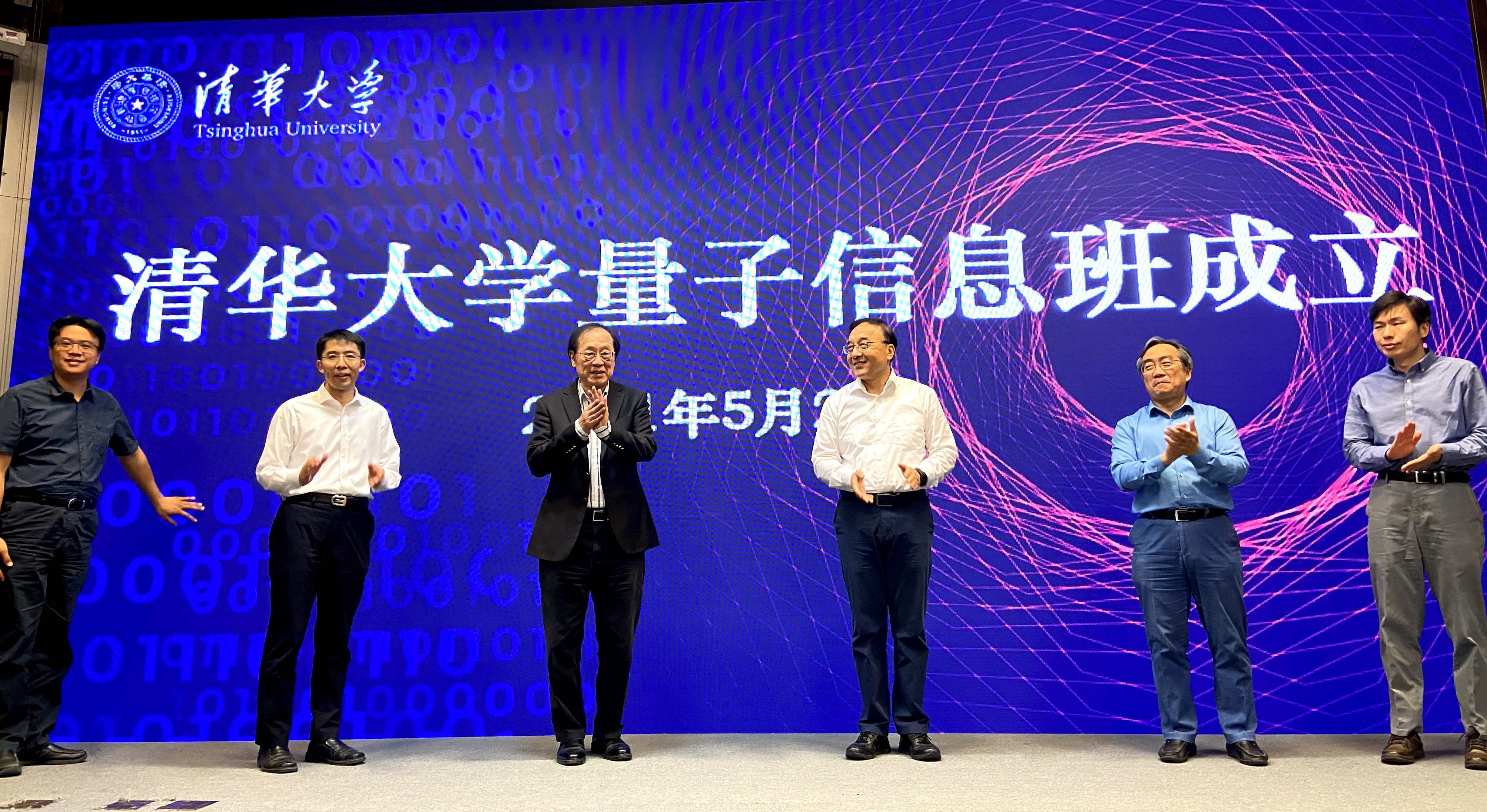 Photo taken on May 24, 2021 shows the launch ceremony of the Quantum Information Program at Tsinghua University in Beijing. (Photo: Xinhua)

China has accelerated its pace of quantum research and talent cultivation in this frontier science, with the launch of the new Quantum Information Program at Tsinghua University as the latest example.

Tsinghua on Monday announced the establishment of the quantum information program, led by Turing Award winner Andrew Chi-Chih Yao as chief professor. It is the third talent training program initiated at Tsinghua by the renowned computer scientist, after his computer science experimental program and artificial intelligence program.

It will offer courses on a range of topics, including quantum computer science, quantum communication and cryptography, computers and mathematics with applications. The program plans to recruit 20 undergraduate students this year.

At the launch, Yao said the courses would focus on basic research, integration of multiple disciplines and technologies, as well as theoretical and practical studies.

Since 2016, many countries including China and international organizations have launched plans to foster quantum science development. Tech giants at home and abroad have set up laboratories to support the research and application of quantum technology.

"Quantum information has become key in international sci-tech competition. However, there is a talent shortage and an urgent need for quantum scientists with cross-disciplinary backgrounds," said Yao.

In the new era of quantum information technology, it is necessary to plan whether it is for national strategic needs or the development of scientific research and industrial development, Yao added.